Finally, women's pain is being treated as seriously as a heart attack.

In fact, a new study by the journal American Family Physician validates what many women have known all along: Menstrual pain agony feels "as bad as a heart attack," and women shouldn't be made to suffer in silence any longer.

For ages, women have been forced to believe the culturally conceived notion that period pain is a punishment for their gender identity, among a host of other things. While many understand period and menstrual cramps to be brought on by the sin of Eve, religious or not, this myth is just another way society attempts to convince women they are lesser beings, at fault, and perpetually evil. Even moreso, black women's relationships to their menstrual cycles are greatly charged given high rates of fibroids and a lifetime of reproductive complications.

For centuries menstruation has been demonized and even linked to sinful or deviant behaviors, creating a culture of silence and abandonment around the devastating impact of cyclical pain because no one takes it seriously. What is often left out of this discussion are the ways women continue to suffer in pain because of patriarchal assumptions about the functions of women's bodies. 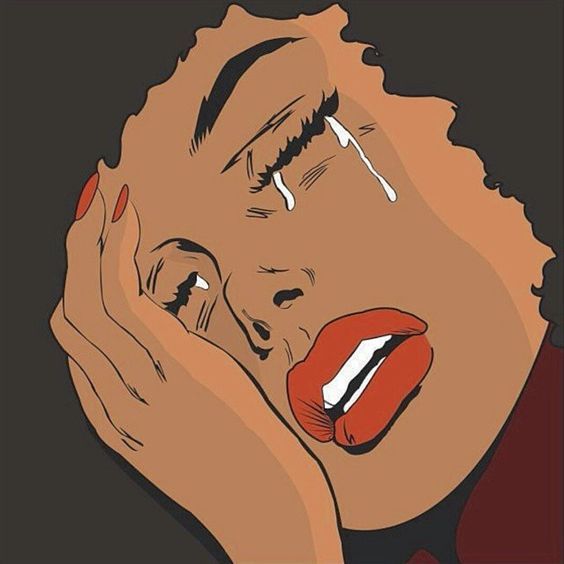 The study refers to periods as "conditions" that impact the lives of women, which actually carries on the negative stigma associated with periods and menses. In fact, a period is not a condition; it is a natural process that demonstrates a cycle of life many women face regularly.

Demonizing women's periods through clinical language as well as pointing the finger at them for their own suffering obliterates undergirding social issues related to women's bodies. For example, childhood abuse has been linked to fibroids and the infant mortality rate for black babies is more than twice that of white women.

Perhaps women are silent about their pain because medical spaces do not make it accessible to speak up and seek relief. There is also proven maltreatment of women who speak of their pain, as they are often not believed.

Aside from entrenched gender bias, race bias also dogs women's quest to be heard in medical institutions. In fact, black women bear the burden of the Strong Black Woman Syndrome, perceived to be unable to experience pain due to long histories of dehumanization within medical institutions and beyond. Terri Williams' Black Pain: It Just Looks Like We're Not Hurting describes this phenomena that forces black women to develop a coded language of suffering from the time of girlhood.

Amid a societal narrative that doesn't believe black people experience pain, we know in fact, they do and that black women face pain at disproportionate rates. Fibroids are two to five times more prevalent for black women than whites, for example. The politics of menstruation among black women is burdened with the shame of trauma of women who struggled without reproductive health access for years, making it challenging for new generations of women to speak openly.

Zora Neale Hurston perfectly captured the ethos around black women's pain: "If you are silent about your pain, they will kill you and say you enjoyed it." This latest research shows this pain is valid and must be confronted. Women, especially black women, need to speak up but health care providers must listen and act. Breaking the silence around pain, especially when it comes to reproductive health, is a two-way street.