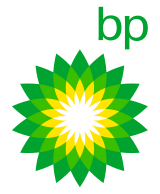 This week we've been treated to two unseemly corporate spectacles: the finger-pointing between BP, Transocean and Halliburton over responsibility on the Gulf oil spill, and the squirrelly changes in Facebook privacy settings and the subsequent temporizing by Facebook when people complained.

Maybe it's ridiculous, even offensive to compare the actions of energy industry companies -- whose screwups are having catastrophic impacts on the ocean environment, the economy, the people of the Gulf of Mexico -- with Facebook's relentless quest to open up, and squeeze more revenue from, your personal information. One is "real," the other virtual, even trivial. But on some level, they're exactly the same problem.

Both Facebook and BP are operating in Wild West-type environments with minimal oversight, doing things that society considers of paramount importance -- at least as measured by the demand for their products and services. BP is seeking a scarce and extremely important substance in a remote, unforgiving environment. Facebook has seemingly converted half the world to social networking -- it's shaping and defining that essential 21st century experience. (One important distinction is that the oil companies were after something that will be gone soon, and Facebook has tapped something that will only grow.)

But now the power these entities wield seems like dangerous overreaching into the unknown, where things can blow up in our faces. And that's the kind of moxie that built America! (Seriously, it is.) But that's exactly the problem. Because there is no Wild West anymore.

One consequence of living in a technological age is that everything is connected to everything else in surprising ways. So the risks that BP took on in drilling the OCS weren't merely the downside of not finding oil, but of a major industrial accident and a far-reaching environmental catastrophe that affects us all on some level. Facebook networks us all together, but at the price of putting those relationships and personal information in a commercial domain. Like an oil company, its ultimate purpose is to exploit, and the true costs of that exploitation won't be clear until something goes wrong. Which it will, if it hasn't already.

The other 21st-century wrinkle: technological systems are often too complex, their functioning not fully understood even by the people who build and run them. In the case of oil, it's a drilling rig measuring nearly five miles from top to bottom, reaching into crushing, cold depths where bizarre chemical reactions are the norm. The equipment is just part of a complex hierarchical system -- with responsibility dispersed between different locations and companies. Facebook is constantly growing and changing. And you, of course, don't know how your privacy settings are supposed to work. Neither does Facebook -- and they like it that way!

The thing is, we don't know where all this is going. The federal government cannot be relied upon to oversee any of this. Its reach is too short, its capabilities diminished by long stretches of anti-government stewardship and outpaced by the challenges it faces. Oil drilling is geographically remote and done by international corporations with powerful lobbying arms. Social networking is, for government agencies, a new frontier and one that doesn't seem, on the face of it, like a good target for traditional forms of consumer regulation.

So when companies are called to account, we get a lot of BS and plain old confusion. Such as this week's hearings:

BP blamed the failure of Transocean's blowout preventer and raised a new question about whether Transocean disregarded "anomalous pressure test readings" just hours before the explosion. Transocean blamed decisions made by BP and cited possible flaws in the cementing job done by Halliburton. And Halliburton said that it had faithfully followed BP's instructions and that Transocean had started replacing a heavy drilling mud with seawater before the well was sealed with a cement plug.

Facebook is similarly averse to explaining what its stewardship responsibilities are for the vast database of personal information it has acquired. Take, for example, the infuriating, condescending approach taken by Elliot Schrage, Facebook's vice president for public policy in this New York Times exchange with readers:

It's clear that despite our efforts, we are not doing a good enough job communicating the changes that we're making. Even worse, our extensive efforts to provide users greater control over what and how they share appear to be too confusing for some of our more than 400 million users. That's not acceptable or sustainable. But it's certainly fixable. You're pointing out things we need to fix.

We've worked hard to educate our users about changes to, and innovations in, our products. Facebook users receive notices about our new products and whenever we propose a change to any policies governing the site, we have notified users and solicited feedback.

Clearly, this is not enough. We will soon ramp up our efforts to provide better guidance to those confused about how to control sharing and maintain privacy.

Facebook, taking heat for its privacy policies and this misleading PR strategy, has called an "all hands meeting" for Thursday. Let's hope it's not the last one before the whole Facebook structure blows up in our faces.