Buildings in the United Kingdom and other countries are glowing a deep red on Wednesday in honor of Christians around the globe who have been persecuted for their faith.

London’s Houses of Parliament, Westminster Cathedral and other landmark cathedrals, schools, colleges, and churches in the U.K. have agreed to light up red as part of a weeklong initiative to raise awareness about religious persecution.

Dozens of cathedrals and churches in the Philippines are also participating, as well as a church in Erbil, Iraq, that opened last year to serve Christian refugees displaced by the self-described Islamic State.

The #RedWednesday initiative was organized by the Catholic charity Aid to the Church in Need (UK) and the London-based organization Christian Solidarity Worldwide.

This is only the second time the annual event has taken place. Along with buildings turning red, several parishes are holding vigils and solidarity services.

While it is primarily focused on shining a light on persecution against Christians, #RedWednesday also seeks to highlight injustices perpetrated against other faith groups.

Neville Kyrke-Smith, national director of Aid to the Church in Need (UK), told HuffPost that his organization is “calling for people to be given the right to express and live their faith.”

“In so many parts of the world today, people are denied work, housing, liberty or even their life because of their religious belief,” he said in a statement. “Aid to the Church in Need is delighted to work with CSW and others including representatives of different religious communities to stand up for faith and freedom.”

Religious persecution is a violation of the United Nations’ Universal Declaration of Human Rights. It happens to people of many different faiths, through arbitrary detention, unjust interrogation, enslavement, forced displacement, execution, destruction of worship spaces and other violent acts.

According to “Under Caesar’s Sword,” a global research project that studies Christian communities and violations of religious freedom, Christians face persecution from theocratic governments in Saudi Arabia and Iran, but also from Communist countries like North Korea and China. Religious nationalism in countries like India and Russia can also result in harassment of some Christians.

Research from the Pew Research Center suggests that Christians have been harassed in more countries than any other religious group ― although this could partly be due to the widespread distribution of Christians around the world.

Aid to the Church in Need has documented a rise in oppression and violence against Christians ― including in countries like Iraq, where a prayer vigil took place in honor of #RedWednesday.

Bashar Warda, the Chaldean Catholic Archbishop of Erbil, said in a statement that he has cared for displaced Iraqi Christians for over three years. He sees the vigil at the Mother of Perpetual Help Church as a gesture of gratitude.

“This act of solidarity from the U.K. in the form #RedWednesday is deeply moving to us. We want to light our Church in red in full solidarity and gratitude with our brothers and sisters around the world who continue to show how close they are to us.”

Scroll down for photos from this year’s #RedWednesday.

A touching moment of prayer and reflection for the persecuted church, as central london falls silent. #RedWednesday pic.twitter.com/4I15qneHPW

We've lit up Lambeth Palace tonight in solidarity with our brothers and sisters persecuted for their Christian faith - and with all who suffer for their peaceably held beliefs. #RedWednesday pic.twitter.com/BUeA1JUi3G

The Cathedral of @StGeorgeUK Stevenage is lit in red this evening in honour of #RedWednesday raising awareness to the plight of Christians and others suffering religious persecution worldwide @acn_uk @CSW_UK pic.twitter.com/MlRrWzmN8o

Our spire is illuminated tonight for #RedWednesday - a day of joining in solidarity with persecuted Christians and all who suffer for their peaceably held beliefs. https://t.co/5Bz4jJ3ETI pic.twitter.com/1gN62BqTZO 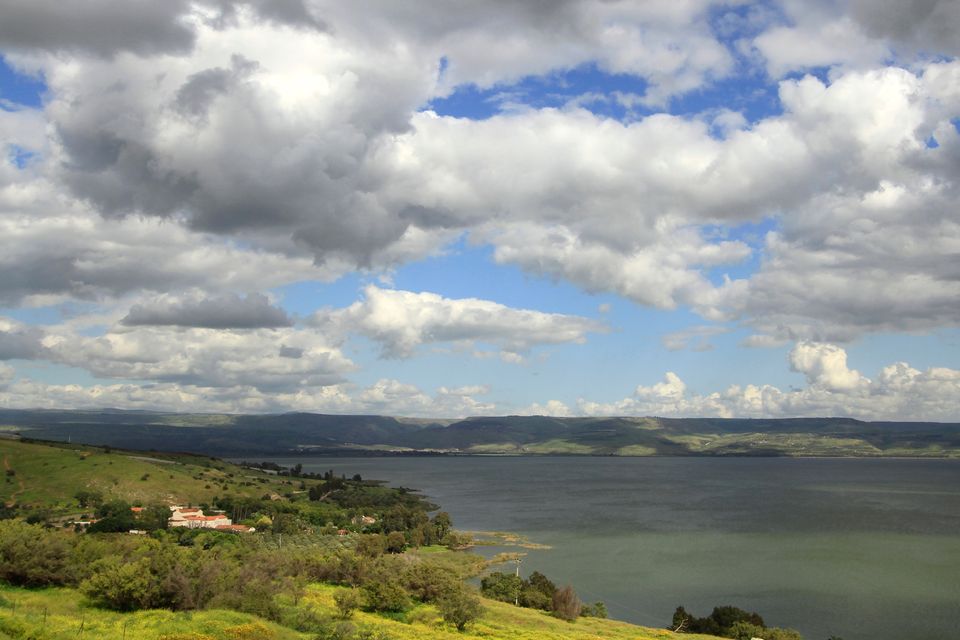