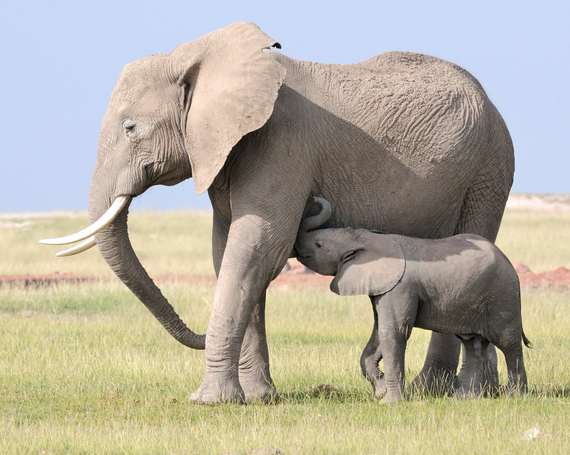 On April 30, Kenya's President Uhuru Kenyatta lit a fire in Nairobi National Park that would ultimately consume one hundred tons of elephant tusks. In an editorial, President Kenyatta wrote that his intent was to, "do my part to destroy any possibility that poachers and their accomplices might benefit from the slaughter of Kenya's elephants." His thinking is right on target.

One hundred tons; 7,000 elephants. Not just 7,000 murdered elephants, but the turmoil of their families and the suffering of orphans slowly starving. Few crimes are more egregious in their destructiveness and cruelty.

"Let me also be perfectly clear," Kenyatta continued, "We impose some of the toughest penalties anywhere on earth for wildlife and natural heritage crimes."

When I was in Kenya in 2013 working on my book Beyond Words; What Animals Think and Feel, poachers were constantly killing elephants even in national parks and reserves. I saw it up close and it was enormously disturbing. Penalties for elephant killing and other wildlife crime in Kenya have in fact increased dramatically in the last three years.

But even many people who support drastic penalties don't understand why burning can help. They think it's a waste. After all, the elephants are already dead. One objection to burning goes like this: destroying so much of the world supply will make prices go through the roof. If this thinking is correct, it only proves how porous and corrupt the practice of stockpiling ivory is, because stockpiled ivory is not supposed to be part of the world supply. Kenya's stockpile for example is from illegally killed elephants -- tusks confiscated from poachers -- and is supposed to be locked away.

Recent history shows that the only thing that works to suppress elephant killing is a total ban on ivory sale. In 1990 the world body that regulates trade in animal parts under the Convention on Traded in Endangered Species (CITES) enacted a total ban on ivory. Prices plummeted, killing plummeted, and elephant populations slowly began recovering. The current poaching epidemic started a few years ago when the ban was relaxed to allow very limited sale of government-stockpiled ivory confiscated from poachers. The problem is, any legal ivory is a channel for any and all illegal ivory. Allowing "limited" sale to China opened the floodgates and within months killing skyrocketed out of control and elephant populations plummeted across the continent as poachers killed an average of one elephant every 15 minutes, several hundred thousand elephants killed in the last eight years, causing massive declines in the elephant populations of several regions, and untold emotional suffering for elephants watching family members under attack, losing their mothers, and walking away with wounds that fester into often-fatal infections. 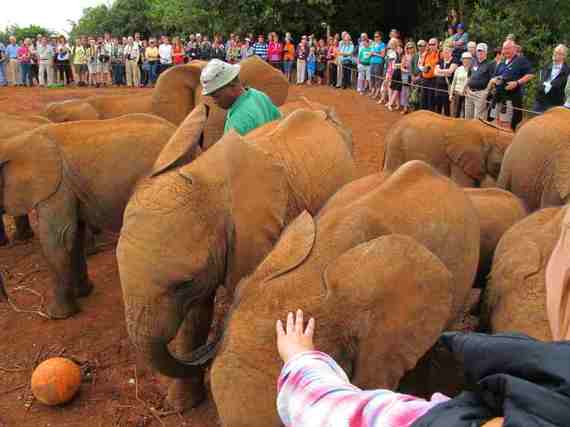 Any legal ivory (or rhino) trade is also an invitation for official corruption. The temptations are two: Catch a poacher, take his ivory, sell it, give him a slap and send him back out so you can catch him again, so you can take his ivory, sell it. The other temptation is for traffickers to bribe individuals with the keys. As Paula Kahumbu of WildlifeDirect in Kenya observed, "If you're a dealer and you need a ton of ivory... bribing the guy who has the key, that's going to be the fastest way." Kahumbu's group has documented how the very same tusks that had been "safely" locked in the government stockpile have been seized again from traffickers.

And the fastest way to stop elephant killing? Destroy all the ivory, ban its sale. Its been done before and it worked. Simple as that.

Carl Safina is the Endowed Professor for Nature and Humanity at Stony Brook University, where he co-chairs the Alan Alda Center for Communicating Science and heads the not-for-profit Safina Center. His most recent book, Beyond Words; What Animals Think and Feel, will appear in paperback in July.