When we think of a “healthy” diet, there is one thing almost everyone believes to be true: Butter is bad. Whether they're considering their arteries or their waistline, butter has gotten a bad rap for the past 50 years. But times, they are a’changin, and dairy products like butter are becoming increasingly nutrient-rich, thanks to the growing grass-fed cow industry. Research has found that feeding cows grass rather than corn or grain not only produces leaner, more nutrient-rich meat, but also more vitamin- and mineral-dense milk, meaning healthier butter.

Now, that’s not to say that butter doesn’t have its issues. It’s still high in saturated fat and shouldn’t be consumed in large quantities – particularly if you’re prone to high cholesterol or at risk for heart disease – but these lesser-known benefits may help you feel less guilty when you indulge in a golden pat or two:

1. It's Filled with Immune-Boosting Vitamins Spreading butter on your morning toast may not only improve your body’s immunity, but also help reduce cancer cell growth and increase red blood cell production thanks to vitamins A and D. One tablespoon of butter contains 7 percent and 2 percent of your daily values (DV) of vitamins A and D, respectively. Plus, because both vitamins are fat soluble, butter is a prime vehicle for aiding absorption of nutrients in the body.

2. It Keeps Bones Strong Thanks to vitamin K and vitamin D, butter may also help increase bone and muscle strength. Known as the [blood] clotting vitamin, vitamin K not only helps maintain bone density but has also been linked to a 30 percent decrease in hip fractures in women who consume at least 110 micrograms per day, according to a study by the American Journal of Clinical Nutrition. Adding one tablespoon of butter to a baked potato accounts for 1 percent of your DV.

3. It Reduces Symptoms of Diabetes Found almost solely in cheese and butter, sodium butyrate has been linked to an improved response to insulin for patients with diabetes and increased energy in mice, according to a study published by the American Diabetes Association. It may also help alleviate constipation and may even help protect against colon cancer.

4. It Fights Cancer Found in dairy products, including butter, conjugated linoleic acid has been tied to tumor reduction in colorectal cancer and may even help fight breast cancer, according to an experimental pathology study conducted at the Roswell Park Cancer Institute.

5. It's Better Than Margarine Contrary to popular belief, some margarines – particularly first-wave varieties – are actually worse for you than butter due to high levels of trans fats. What’s more, researchers have also found that the vegetable fats contained in margarine are more likely to result in death among patients with heart disease than the saturated fat in butter.

6. It May Prevent Tooth Decay Certain fat-soluble vitamins – including calcium and vitamins A, D and K – which are found in higher amounts in butter from grass-fed cows than in olive oil or margarine, may help fight cavities and even reverse tooth decay, according to research.

PHOTO GALLERY
14 Best And Worst Foods For Your Teeth 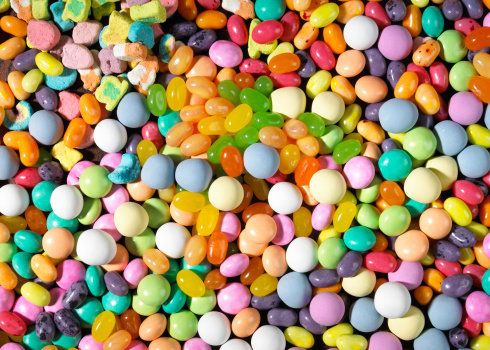 1 / 20
WORST: Sugary Candies And Sweets
If you must have sweets, go for those that dissolve quickly in your mouth. Candies that stick around (like lollipops, caramels, jelly beans and hard candies), make it difficult for saliva to wash the sugar away. Snacks like cookies, cakes or other desserts contain a high amount of sugar as well, which can cause tooth decay over time. If you can't resist your sweets, eat them as dessert after a main meal instead of several times a day between meals. And when possible, brush your teeth after eating anything sweet.
Gettystock