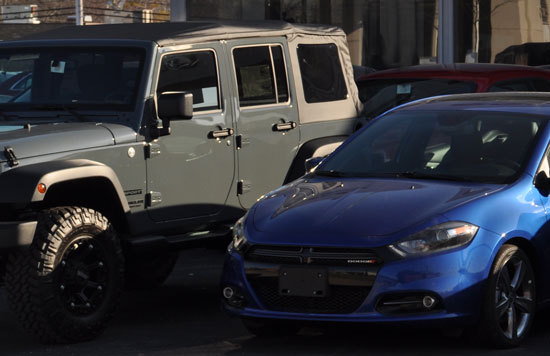 "You cannot regulate virtue," said Bill Michael, EMA Head of Financial Services for KPMG, in a speech about increasing trust in the banking sector. His argument claimed that companies must focus on improving their culture and behavior, because regulations alone are not enough to change outcomes.

This is the paradox of regulations. They make consumers feel safer, but they don't influence a company's misguided moral compass.

Yet these companies continue to put dangerous vehicles on the road.

Whenever a manufacturer compromises consumer safety, the government responds with financial penalties and often enacts new laws and regulations -- such as the Tread Act, which Congress passed after the Firestone/Ford Explorer recall, and which many claim GM has now violated.

With each round of regulation, the business environment becomes more complex and a new crop of politicians gets their photos in the paper as the latest "champions of justice." But, companies don't become safer, because as the Tread Act demonstrates, laws can be made and laws can be broken.

Humanizing Business
What we really want from automakers is for them to care about people's lives as powerfully as they care about their brand and their profits. But Dan Ariely, a renowned researcher in the field of behavioral economics, tells us that "if an issue doesn't activate our emotions, we don't take action."

Well, that seems simple enough. The knowledge that people are dying must have the power to activate someone's emotions.

Not necessarily. In fact, our ability to behave and think empathetically can be undermined by the type of analytical thinking required to interpret regulations. Research from Case Western Reserve shows that analytic thinking actually represses empathy.

These findings, published in 2012, were based on functional MRI scans while participants were asked questions that either required them to think about how others might feel in a situation or, alternatively, to answer a question that required physics. According to the scans, these types of questions activate distinct areas of the brain, which causes our brains to shut down one pathway in order to activate the other.

"Empathetic and analytic thinking are, at least to some extent, mutually exclusive in the brain," explained Anthony Jack, the study's lead author.

"You want the CEO of a company to be highly analytical to run a company efficiently, otherwise, it will go out of business," Jack said. "But, you can lose your moral compass if you get stuck in an analytic way of thinking."

At GM, internal documents show the company learned of its faulty ignition problem in 2001. For the subsequent 13 years, GM did the unthinkable: it knowingly sold dangerous vehicles to unsuspecting customers.

Does this mean that GM hires only callous, self-absorbed, profit-mongering brand zealots? Not necessarily.

Complexity Kills
Ariely has more research to illuminate this debate. In his fascinating 2008 TED Talk, Ariely revealed that although people understand physical limitations--which is why we build steps to scale an incline--we don't understand our cognitive limitations.

In addition to our inability to think analytically and emotionally at the same time, we also face a cognitive limitation in the face of complexity. In fact, decisions that are complex and extremely important tax us the most. As a result, even the most educated among us tends to shut down.

"We actually struggle most with the decisions that... are so complex we don't know what to do," explained Ariely. In these situations, Ariely said the tendency is to simply default to the presiding norm.

Decisions about people's lives are never complex. Nonetheless, the issue of complexity is central to understanding why car makers fail to protect consumers.

As Time Magazine acknowledged in its 2001 summary of the Firestone/Ford Explorer recall, "creating a car always involves making trade-offs among engineering, manufacturing, safety, sales and advertising components as well as responding to consumer and competitive pressures. It is a wildly expensive process that takes five years or so to complete."

In the same article, Time Magazine cited internal Ford Motor Company documents, which identified problems with Firestone tires during early road tests. The author, an engineer, wrote: "management is aware of the potential risk with P235 tires and has accepted [that] risk."

The engineer's line of thinking was purely analytical, the type of rational, unemotional pragmatism prized in business cultures. While the engineer's technical assessment was accurate, it failed to produce a morally-based conclusion.

Given that our brains are not wired to think that way, the notion of producing empathetic decisions based on rational criteria is overwhelmingly complex and also cognitively impossible.

If we understood our cognitive limitations, then businesses and governing bodies would seek to produce cognitive steps that take us from rational thinking to empathetic thinking and back again. However, that solution requires more than admitting our brains are imperfect, we would also have to legitimize the role of emotions in a business setting, which defies almost every cultural norm ascribed to business.

And that, too, presents a complex dilemma.

Empathy Works
"Customer empathy is the first step in discovering how a product could resonate with a deep emotional need," explained Don Sull of the London Business School.

According to Sull, Swiss insurance firm Baloise found that people who purchased insurance actually craved safety; while research at CEMEX revealed that low-income customers purchased cement to create a legacy for future generations. By understanding customers' emotions, these companies learned how to communicate more effectively with prospective customers.

"Empathy is not [the] same thing as niceness, which is often used as an excuse to avoid hard discussions," explained Sull. "Rather it is the ability to put yourself in someone else's shoes."

The power of empathy, which enables employees to stand in someone else's shoes, can foster business cultures that are truly human-centered while improving business outcomes.

No amount of regulation will ever do that.