By Joshua A. Krisch

Refugees are back in the news. In light of the terrorist attacks in France, 21 states have announced that they will not be accepting any Syrian refugees. Although that's largely posturing (states can't legally block refugees from entering their borders) governors could potentially deny refugees state resources--including medical benefits and screenings for diseases.

That would be a bad idea. Before arriving in the United States, child refugees often live in rural areas or refugee camps where medicine, food and Western luxuries are seldom available. And now, in a new study published in the American Journal of Public Health, researchers have laid out the first a comprehensive reviews of the specific health issues that child refugees face.

Scientists analyzed medical data on 8,148 child refugees who fled Bhutan, Myanmar, the Democratic Republic of the Congo, Ethiopia, Iraq and Somalia between 2006 and 2012. Within 90 days of arriving in the United States, each child was given a routine screening for several diseases, including tuberculosis, Hepatitis B and parasitic infections. As expected, refugee children had higher rates of those diseases than children living in the United States.

Here's a breakdown of those numbers: 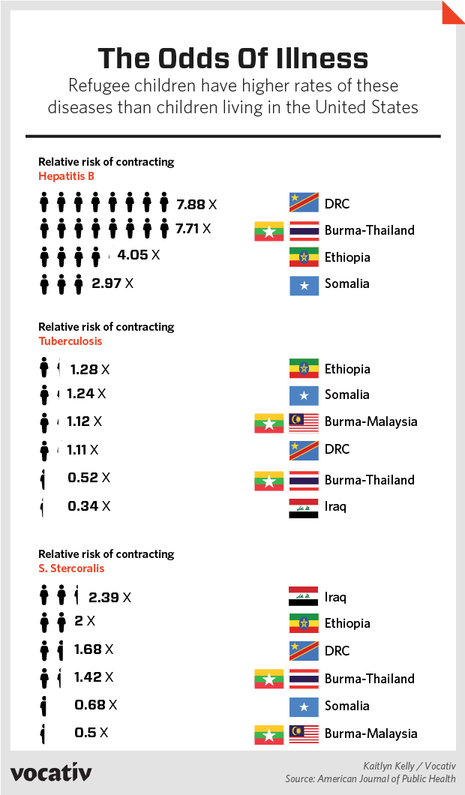 Every year, the U.S. accepts 35,000 child refugees (and 200,000 "lawful permanent residents") who flee persecution from their home country. Many of them bring unique public health challenges with them. The Centers for Disease Control and Prevention have laid out very broad guidelines for screening refugees, but this study suggests a more tailored approach may be in order.

"These results support current CDC recommendations to screen newly arrived refugee children," the authors write. "[But] population-specific adjustments to these guidelines may also be warranted."

Indeed, the one-size-fits-all approach to child refugees doesn't make much sense when you consider the diverse results in this study. For instance, the CDC recommends the same screening regimen for Burmese Thai and Burmese Malay child refugees--even though the study suggests Malaysian children are generally in much better health than Thai children.

The scientists hope that this study will help the CDC tailor their screening regimens to fit the needs of specific refugee groups. And in the long term, this sort of data could even help public health officials provide more efficient healthcare for children arriving in the United States.

"Understanding the health profiles of children from different countries allows us to provide better counseling for parents, prioritize specific tests and ensure that we give children a healthy start here in the U.S.," said Katherine Yun, a pediatrician in the Children's Hospital of Philadelphia's Refugee Health Program and coauthor on the study, in a prepared statement. 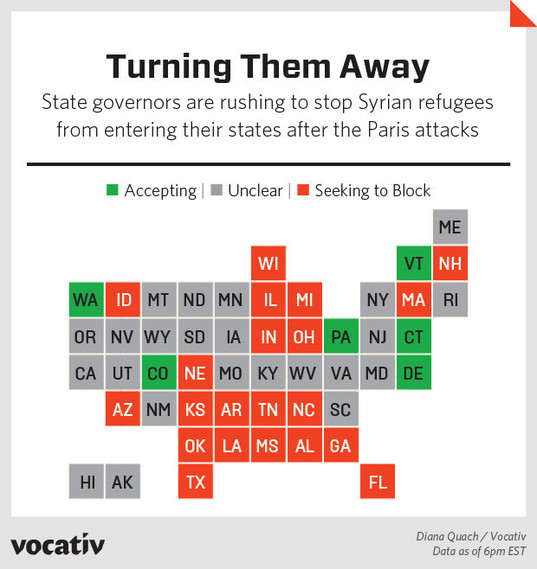