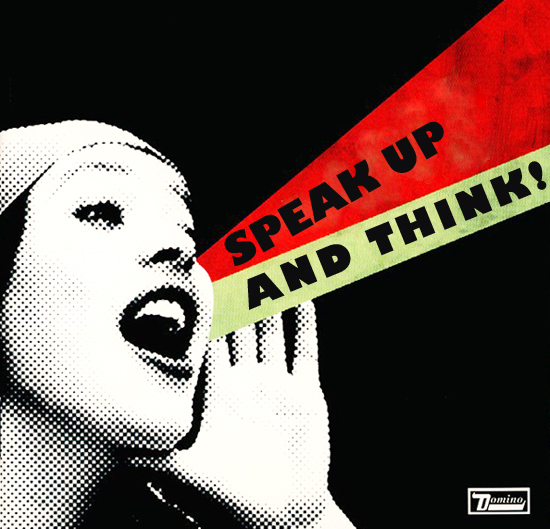 I realize Facebook is not a scientifically controlled microcosm of the real world. Unlike the real world, which is made up of diverse, often oppositional elements mixed in with all our familial/friend solidarities, the Facebook world is typically less eclectic. We tend to build our "circles" with people who think similarly, share similar tastes, follow similar threads, with, perhaps, a smattering of contrariness here and there. Even I, who has a public page, find the bulk of my Facebook circle to be largely of like-mind. (Though I certainly get my share of random haters!)

Then Election 2016 happened and I discovered that not only does my circle include a few libertarians, Tea Partiers and right-wingers, but there's a solid contingent of hard-lefties, uber "progressives" and extremist liberals. And I am none of those, on either end of the spectrum. I'm a registered Democrat who falls ever-so-slightly left of center and who believes being a centrist, a moderate, is a good thing. That assessment is based on years (I'm moderately old) of being around extremists from both sides of the aisle and finding extremism to be, well, extreme; often close-minded, tunnel-visioned, self-focused and largely uncompromising. And while being uncompromising is good when it comes to morality, integrity, and honor, it is less so when working amongst people with diverse interests, learning to collaborate, listen, and consider the needs and realities of many different views. Which is certainly the assignment of any politician, particularly the president of the United States.

So given my stated political status, as well as the aforementioned "stew" that is my Facebook circle, you would not be surprised to learn that I hear a lot of chatter, view a lot of posts and witness a lot of political haranguing that is not of my ilk, not my perspective, not my "think." I don't mind -- I think it's important we stay aware of what's going on in other corners of the world/country; equally important that we don't spend all our time preaching to the choir. But while I find political solidarity with most/all memes, jokes, concerns, expressions of horror related to the Republican ticket, I am less in-line with what I see most in my newsfeed on the Dem side: the #FeeltheBern-ers. I've gotten so I cringe when I see that hashtag. Which got me to wondering why.

As I've always maintained, I like Bernie. I think he's a passionate, well-meaning guy who's been deeply involved in issues that resonate with a lot of people. They resonate with me. But they're not all that resonates with me. There's much that he pays little attention to, or has a different opinion about, that is also important to me. So he's not my guy for president. Because I believe being the president of this country, particularly at this time in our history, requires talents, skills, experiences, nuances, personality traits and worldviews that are not necessarily in his wheelhouse. They are in the wheelhouse of Hillary Clinton. Which is why she's my guy.

Just writing that makes me cringe a little, too, but for different reasons: I have discovered -- having this large contingent of "Berners" in my circle, that any positive statement about Clinton is typically followed by a barrage of negative pushback from Sanders supporters. The usual stuff (which I won't reiterate because it's so often repeated, and usually with the same verbiage every time, that it's like reciting a playbook). It's knee-jerk. It always happens. Which is strange to me. Because, while I have never gone on the thread of anyone touting Bernie's virtues to caterwaul in contention, offering my criticisms of the man, how his votes and beliefs on certain issues do not align with my own, etc., the reverse cannot be said. Bernie supporters have no compunction about hijacking a pro-Clinton thread to throw every kind of smack her way, with zero thought to social media decorum or just plain, good manners.

It'd be like if I posted that I "loved Zankou Chicken" and then you jumped all over my thread screeching about how awful Zankou Chicken is and how "Chick-fil-A is SO much better!!! #FeelTheChick."

Yes, reducing my political support to chicken analogies is suspect, but that really is what it's like. And I can't imagine doing that. I can't imagine being so rude as to denigrate the opinion of a Facebook friend -- on their thread -- to counter with my "clearly superior opinion." But it happens all the time. All the damn time.

And, yes, I do see Berners in my circles complaining that Clinton supporters do the same to them, which I have no reason to disbelieve, but in my world, in my circles, the lion's share of that kind of behavior comes from the Sanders side. Complaints that the media has disproportionately covered others in lieu of Sanders may be true (is it?) out there, but that's not the case on social media.

Balance, my friends, needs to be found. Because Clinton supporters are out there... they're just a quieter bunch!

And let me be clear about this: If Sanders wins the nomination, I will be disappointed, but I will vote for him in November. I am, first and foremost, a Democrat (which, oddly, he is not), and I stand so firmly with Democratic party platforms and beliefs I will push for a Dem to win no matter who is on that ballot. Particularly given the roster on the other side (don't get me started... that's a whole other article!).

But the much-documented and oft-discussed "fervor" (aka: fanaticism) of some Sanders supporters has resulted in a refusal to offer a similar commitment. Meanwhile, that growing fervor has hit peak oversaturation level (so much ado about a bird!), the sheer pitch of which too often feels aggressive, arrogant, and hostile... even delusional at times.

When Clinton did well on Super-Tuesday, and then did well again on that other Super-Tuesday (I didn't know we had two of those!), there were hawk-eyed Berners shaking fingers admonishing Clinton supporters to "not gloat." Which is absurd when you consider the gloat-tsunami that follows every Sanders win or even perceived win (applicable to debates and town halls). Even when a state like Alaska gives him a win with only 538 votes from "state convention delegates," the lack of perspective about what any of this means overall, or how ethnic demographics impact his wins versus hers is ignored. Yet when she wins a state? Beyond warnings about "gloating," the hollering commences about "cheating" and "DNC shenanigans," how this or that that shouldn't have happened did happen and how she was surely behind it or she at least benefitted from it or something conspiratorial of that nature. I shake my head at the tone and tenor of how this is unrolling... which brings me to the title of this piece.

I had a number of conversations with Clinton supporters this weekend (on the phone and in private messages; not on public Facebook pages) in which all parties involved admitted to being reticent to speak up for her in public because to do so means having to endure battering by #FeeltheBerners. One mentioned feeling that the sheer fanaticism and idealization of Sanders supporters has made it impossible to have an adult conversation without triggering a kind of cultish backlash... which I too have experienced (similar to the way Scientologists respond when one suggests L.Ron Hubbard is not a god). Another said she's going to quietly vote, quietly share her Clinton support with those who ask, but is not going to throw it out there for public consumption. I don't blame her, I don't blame any of them... one supports Clinton at their own peril.

But I'm done being quiet. Not that I've been all that quiet, but I've been kinda quiet. Certainly quieter than the #feeltheberners in my midst!

While Sanders supporters proudly (and rightfully) trumpet their guy's wins, share his "fan memes," or aggrandize the poor fellow beyond all manner of human capacity (I'm waiting for someone to insist he really does walk on water!), I'm done watching and listening -- without rebuttal -- to those who claim to be progressives and Democrats as they outrageously slam and slime a woman who's worked indefatigably for 40+ years in support of essential and life-changing issues that I, and many others, support. I'm done ignoring the repetitive drip-drip-drip of dishonest, non-factual, oppositional propaganda (some guy posted an eight-year-old anti-Hillary article today... it's getting that desperate!) pushing redundant talking points of the uber-biased who've made their life's work stymying her forward motion. I'm done being that kind of quiet.

When men (both young and old) tell me they don't feel her like they feel the Bern and mention being "tired of hearing about all this sexist stuff"; when people honestly wonder "what has she actually done?"; when young women are more outraged about the iconic Gloria Steinem making a stupid comment (for which she apologized) than the double standards Clinton endures daily; when pundits and opinion writers regurgitate the mantra that there's "no enthusiasm" despite Clinton's passionate endorsements and supporters, many of whom are the same young people the other side claims she can't attract, and when her appeal to communities of color is minimized despite the fact that diversity is the direction our country is moving, making her appeal all the more in-line with what we're becoming rather than what we've been: a white-majority (the demographic that overwhelmingly supports Sanders), that is worth discussion. That is worth mentioning.

So I'm going to do that. I'm going to freely discuss, mention, speak in support of the candidate I support. If that means Bernie supporters get into a kerfuffle of antagonism and pushback, so be it. I have quietly endured as my Facebook feed floods with posts in giddy adoration of Sanders; now it's time for some balance.

Social media is a powerful place to make important points, and my goal is not debate as much as finding a way toward that necessary balance, at least in my social circle; to potentially help those who are still asking questions, still considering; to give them something beyond oppositional propaganda and zealous negativity. To contribute to a scenario in which they can see and learn about more than one side of this contest.