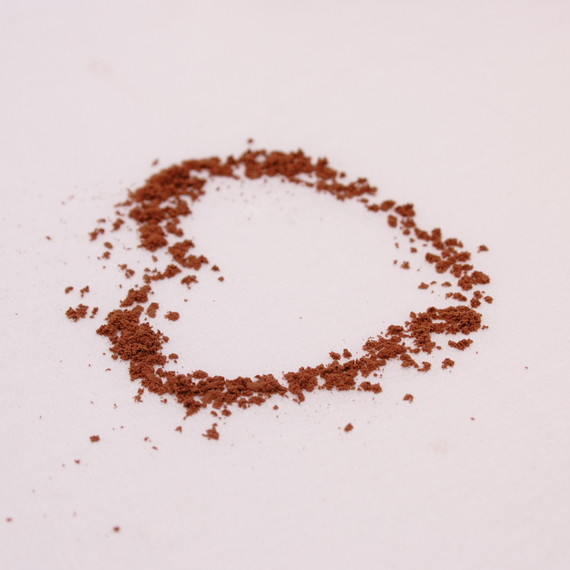 It's definitely cause for celebration when modern scientific research shows that a food as indulgent and delicious as cocoa is actually good for you.

For centuries, myriad cultures have enjoyed cocoa as a delicacy and a rich and soothing treat. Its Latin name, Theobrome, translates to "food of the gods." It was once so highly valued by the ancient Aztecs that it was used for currency, considered a gift to the gods, and enjoyed by the elite as a medical remedy for illness. The appreciation and lure of cocoa has spread over the centuries in many cultures and continues to gain attention. In the past five years, a number of independent research studies (not funded by the cocoa industry) have demonstrated that the powder from this little roasted cacao bean is now recognized for its impressive cardio-protective health benefits, including positive effects on gut health, which we now know is connected to our heart health. (See our post, Your Gut and Heart Health Connection.)

These impressive health outcomes are attributed to the many active substances in cocoa, including including theobromine, magnesium, N-acylethanolamines, polyphenols, and flavonoids such as catechin and epicatechin. The most compelling evidence, however, suggests that the flavonoids in cocoa provide the most beneficial effects. Flavonoids are an active family of compounds found in plants that help to decrease inflammation and oxidation. It also helps to protect our cardiovascular system.

A 2011 meta-analysis published in the Journal of Nutrition reviewed controlled trials of 1,100 adults to better understand the effects of flavonoid-rich cocoa on cardiovascular health. Some were healthy, some had CVD risk factors, and other had diabetes or coronary artery disease. Those who consumed cocoa for four weeks showed significant decreases in systolic blood pressure, LDL cholesterol, and insulin resistance, as well as significant increases in flow-mediated dilation, which is a non-invasive ultrasound method to assess the function of blood vessels, and HDL cholesterol.

Another 2012 independent meta-analysis reviewed 42 randomized, controlled trials through 2007 (1,297 adult participants, at any risk of CVD) to assess the effects of chocolate, cocoa, and flavonoids on cardiovascular biomarkers. Researchers found strong beneficial effects of cocoa flavonoids on flow-mediated dilation. It also improved insulin resistance due to significant decreases in insulin secretion. Additional meta-analysis reviews have shown improved endothelial and blood vessel function in patients with heart failure in just a 4-week period.

Theobromine, a compound naturally found in cocoa, has been gaining significant interest as a contributing factor to the beneficial effects of cocoa on our heart health. Since Theobromine is a mild stimulant that synergizes with the low amount of caffeine (average 8 mg/tablespoon) in cocoa, it has also been associated with lifting our mood and improving our mental alertness. Theobromine is a smooth muscle stimulant while caffeine is a central nervous system stimulant. Additionally, theobromine dilate blood vessels and increases the amount of water and salt that comes through our urine, all which can lower blood pressure. Cocoa beans naturally contain approximately 1 percent theobromine. Cocoa powder can vary in the amount of theobromine, from 2 percent to 10 percent. Researchers encourage more studies to investigate this potent compound.

Research presented in 2014 at the annual meeting of the American Chemical Society points to the additional benefits of the antioxidants and fiber in cocoa. Researchers reported that good gut microbes such as bifidobacterium and lactic acid bacteria feast on the undigested compounds from cocoa and produce compounds with anti-inflammatory properties that decrease the inflammation related to cardiovascular disease and stroke.

This rich, chocolaty and creamy pudding tastes indulging and decadent, yet this delicious dessert is low in fat and filled with heart-healthy ingredients that are boosting with health-promoting phytonutrients such as powerful heart-healthy flavonoids.

What have you noticed when you indulge in a little bit of cocoa?

Have a questions regarding transforming your way of eating and living, "Ask Dr. Ornish!"

More:
healthy livingcocoa
Newsletter Sign Up
The essential guide to taking care of your mind and body
Subscribe to HuffPost’s wellness email
Successfully Subscribed!
Wellness delivered to your inbox