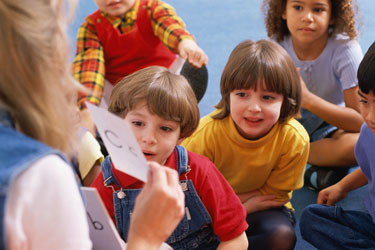 But isn't it unethical to deprive schools or children of effective methods? If the methods were so proven and so widely used that not to use them would truly deprive students, then this would be unethical. But every experiment has to be passed by an Institutional Review Board (IRB), usually located in a university. IRB regulations require that the control group receive a treatment that is at least "state of the art," so that no one gets less than the current standard of best practice. The experiment is designed to test out innovations whose effectiveness has not yet been established and that are not yet standard best practice.

In fields that respect evidence, yesterday's experimental treatment becomes the standard of practice, and thereby becomes the minimum acceptable offering for control groups. This cycle continues indefinitely, with experimental treatments being progressively compared to harder-to-beat control treatments as evidence-based practice advances. In other words, doing experiments using control groups to improve education based on evidence would put education into a virtuous cycle of innovation, evaluation, and progressive improvement like that which has transformed fields such as medicine, agriculture, and technology to the benefit of all.

Most educators would prefer not to be in the control group, but they should at least be consoled by the knowledge that control groups play an essential role in evidence-based reform. In fact, the importance of knowing whether or not new methods add to student outcomes is so great that one could argue that it is unethical not to agree to participate in experiments in which one might be assigned to the control group. In an education system offering many more opportunities to participate in research, individual schools or educators may be in control groups in some studies and experimental groups in others.

As teachers, principals, and superintendents get used to participating in experiments, they are losing some of their earlier reluctance. In particular, when educators are asked to play an active role in developing and evaluating new approaches and in choosing which experiments to volunteer for, they become more comfortable with the concept. And this comfort will enable education to join medicine, agriculture, technology, and other fields in which a respect for evidence and innovation drives rapid progress in meeting human needs.

If you like evidence-based reform in education, then be sure to tip your hat to the little-appreciated control group, without which most experiments would not be possible.