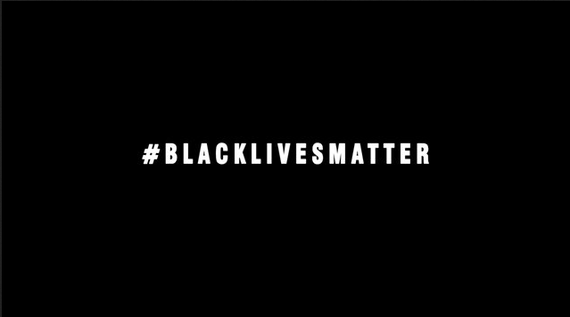 As outrage over young, unarmed black men being shot by law-enforcement officers fuels marches in America's streets from coast to coast, there's an awkward silence among corporate-diversity champions on how best to engage on the issue.

The discomfort is understandable. While corporations can have social impact when they choose to, they have very rarely been at the vanguard of social-change movements and, by definition, must act according to self-interest, considering what is best for their brand and place in the market. Given this, the bar is set very high on when company leaders feel they can and should weigh in on polarizing topics without risking a hit to their bottom line.

So yes, General Mills, with its family-friendly brand, chose to recast Betty Crocker's highly traditional father/mother nuclear family in the vein of Modern Family/Black'ish/Cristela. Starbucks stood up for LGBT rights in the state of Washington. Many companies are making glass-ceiling-shattering decisions when it comes to who leads them (#IBMGinniRometty, #YahooMarissaMayer).

In conducting my diversity and inclusion consulting work in corporate C-suites this past year, I have experienced a growing cognitive dissonance between what are genuine commitments on the part of leaders to achieve more diverse and inclusive workplaces on the one hand and, on the other, a near complete avoidance of reflecting on the implications of Michael Brown, Eric Garner, and Trayvon Martin on their work.

Sure, it can feel like a leap to many. But here's where we need to make the link. While some may say that the issues between the police and low-income urban youth are too far removed from the corporate dynamics facing college-educated professionals of color, scratch the surface and there are significantly more psychosocial links than meet the eye.

In saying there are links, I am not saying these are parallel situations. The dynamics of law enforcement, public safety, and incarceration disparities have a life of their own that don't show up in corporations. But the realities of unconscious and conscious bias that lead to racial profiling and racial marginalization, which manifest in very different ways on the street, have a way of showing up under different guises in the corporation.

Take a moment and reflect.

The black male executives or high-potential talents swiping their ID card as they start their work day have just come in from a real world outside where they have a significantly greater chance of having been stopped by a police officer on their way to work, either driving or walking, than their white counterparts.

Check out these statistics about how real this kind of racial profiling is, and then ask yourself how much this may be weighing on the minds of Black and Latino employees. As reported by the ACLU in 2013, around 525,000 New York residents were stopped and questioned by police. Of those, 56 percent were Black and 29 percent were Latinos, though Blacks and Latinos collectively make up just over than 51 percent of New York City's total population. Eighty-eight percent were found to be innocent.

It does not take a great leap of logic to consider that the level of paranoia this may induce on the street is likely to show up in some ways at work. I saw this firsthand when I was the chief diversity officer at a global human resources consulting and outsourcing firm headquartered in a white neighborhood. African Americans were indeed pulled over not infrequently as they were just trying to get to work. They were also more fearful of leaving after dark, therefore often showing less willingness to stay longer to finish a job.

And beyond fearing being stopped for driving or walking while Black, there are the too-many-to-name instances where a highly accomplished professional gets given the keys by a driver at valet parking, or gets asked for the aisle number for the paprika, or gets tapped for a glass of wine at a reception. Just ask President Barack Obama and First Lady Michelle Obama, who shared with People that even they have not been spared from this type of indignity.

Back to the workplace. Even with the consistently dropping unemployment rate, there is a persistent discrepancy between the unemployment rates for various racial groups in the U.S. In November 2014, according to the Bureau of Labor Statistics, the unemployment rate for whites and Asians was 4.9 percent, while the Latino rate was 6.6 percent, and for Blacks the rate is 11 percent.

And for those who are employed, the prospects of leadership promotions are dismal. According to DiversityInc magazine and the Alliance for Board Diversity, in the Fortune 500 only 1.2 percent of CEOs and 6.3 percent of board directors are Black. The representation of Asians and Latinos among Fortune 500 CEOs is no better, at 1.8 percent and 2 percent, respectively, and board membership has been reported at just over 2 and 3 percent, respectively.

Meanwhile, out in broader society, compared with whites, Blacks and Latinos experience disparate results in health care, long-term savings, and educational achievement and face greater obstacles to being able to vote easily and suffer greater discrimination in housing and bank financing.

If we declare that we value diversity and inclusion in our corporations, then we must face this moment-of-truth question: Today, as protestors step into the streets, football fields, and basketball courts declaring that #BlackLivesMatter, are we ready to do the necessary soul searching and organizational changes to bend the narrative that race still matters in the workplace?

Senior Partner, Diversity & Inclusion Practice Leader at Korn Ferry and author of The Inclusion Paradox: The Obama Era and the Transformation of Global Diversity