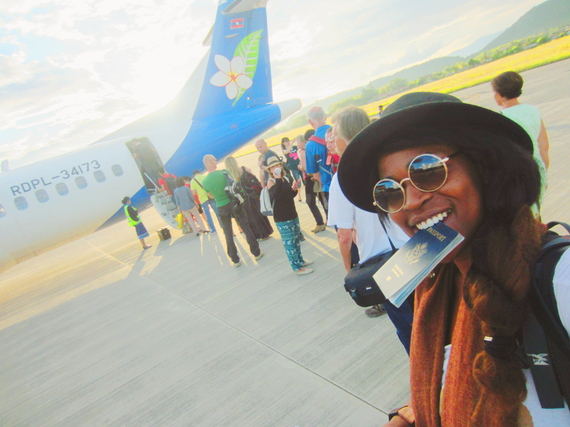 There's always a heavy debate within the travel community about why you should or shouldn't count your countries. And even if you secretly did, why that number doesn't need to be flaunted around like a status symbol.

Some people even shout out their numbers as if it were in direct correlation with their manhood, and if so, let me be the first to announce that I just might have a 30-inch schlong. While flacid. #blessed

Because that's my country count, and oops, I'm guilty of having that in my media kits, Instagram and Twitter bios.

But as a travel blogger, it's slightly relevant information for potential brands or followers wanting to know the extent of my travels. 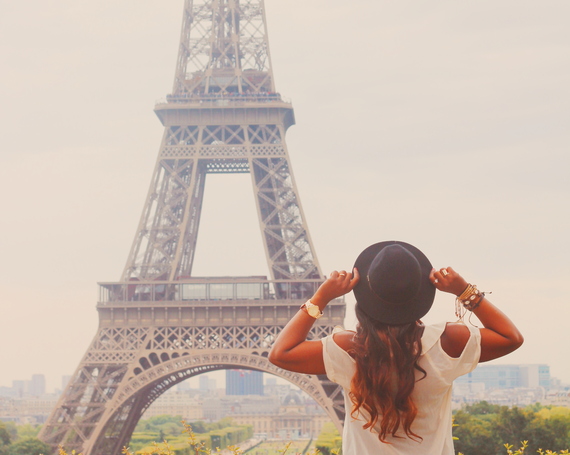 It just gets ugly and counterintuitive when people use it as a one-upping mechanism to see who the better traveler is. Who's more open-minded? Who's racked up the most mileage, and therefore fits all the coveted HASHTAG, GOALS.

Just like one's body count, it's really not that serious. And if you feel like that number validates you as a person or traveler, let me be the first to say, good for you. I won't knock it!

Because I have to admit, when I meet travelers on the road who've been traveling for 'x' amount of years, I'm always curious how much mileage they've racked up along the way.

Not so we can compare, but so I can put their journey in context.

Someone traveling for 5 years, but living in between two countries on the same continent, will have a much different experience than someone else who's traveled for those same 5 years, but instead bounced around 20 countries on 3 continents.

No offense, but I want to pick the brains of the latter. 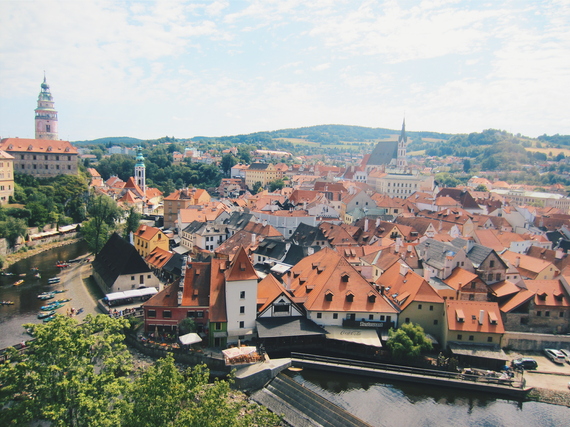 Your country count makes you more interesting to me, because I tend to fill in higher numbers with more exotic stories, crazier adventures, and unspoken regrets.

There's so much more room for risks, failures, and inevitable trouble when you've covered more territory around the world. And damnit, I wanna know about it!

So while we're not all d*cks for putting our country count out there, allow me to introduce you to a breed of travelers who are counting their countries, for more significant reasons.

1. To compare yourself to... yourself. 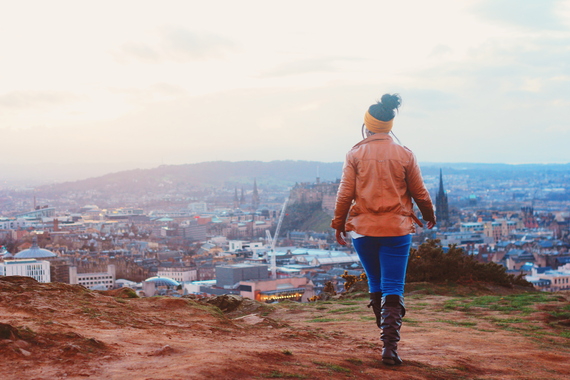 Remember when you took your first solo trip? You were so cute. Probably lost your passport two hours before your flight. Bag was like ten pounds overweight. Maybe so were you? Ha, I kid, I kid.

But you probably stayed at a hostel that might've doubled as a brothel, because why check reviews beforehand? That's too much adulting for your toddler-operating mentality.

You might've even fallen into a tourist trap and spent way more money on something that a local could've taken you to for free.

The reality is that you grow so much with every trip you take -- both as a more travel-savvy person and hopefully a more understanding, cultured, and knowledgeable one as well, as you start piecing together history in the context of your travels.

But let me add that traveling does not automatically make you more open-minded either. You have to meet the paradigm shift halfway and allow your mind to open up to the experiences, because that definitely doesn't happen intuitively.

2. To better plan your travels. 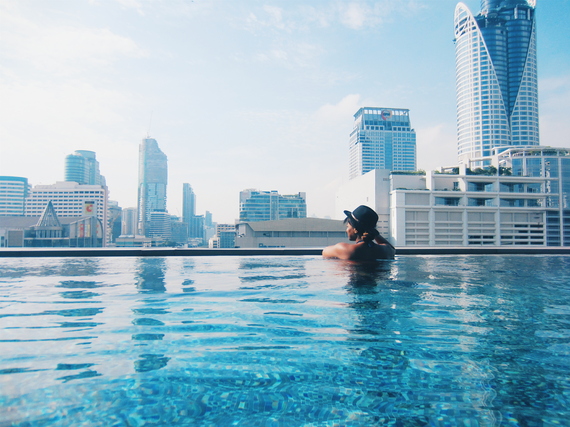 If you've got a 3-month holiday that you want to spend traveling the world, and you want to see as much as possible, it helps to divvy off countries by the continent.

To have a more thorough experience of more cultures, one might aim for 4-5 countries in 3 continents.

They'll have a balanced experience spending a week in each country, and they'll feel like they had a fair amount of exploring in more than one continent.

We're a species obsessed with numbers, but not just for any reason. They help organize our lives, and specifically, our travels. 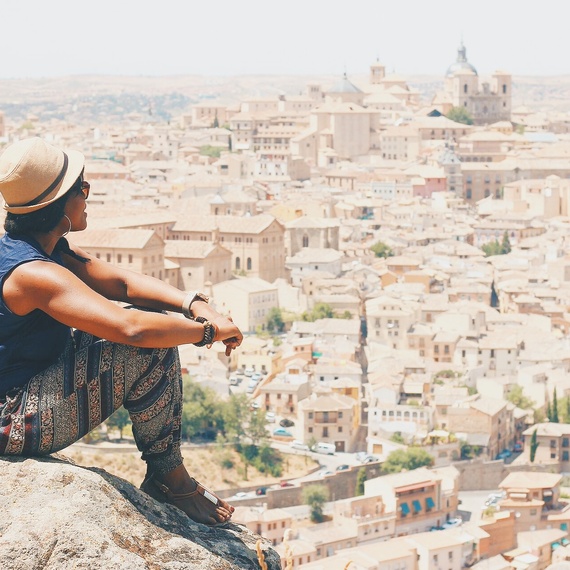 I've met a handful of people who legitimately have a goal to visit every country in the world, like my boy Lee Abbamonte, who was the youngest American to do so.

Drew Binsky of TheHungryPartier.com and Jessica Elliot of HowDareShe.org are both young, crazy, and adventurous souls who are currently on said mission.

Now, it doesn't have to be a race, but it's a pretty cool bragging right to say when it's all said and done.

Some people strive to reach the 30 [countries] before [age] 30 mark, which is equally impressive to me, because some people (who have the means to travel) spend all their lives only exploring one. So I absolutely applaud and admire those who do otherwise, if that's something they want out of life.

I tinkered around with the idea of possibly trying to visit every country in the world, but the honest to God truth is that not every place appeals to me. And as I've fallen in love with certain regions of the world, I quite enjoy revisiting the same places and getting to rediscover familiar territory again while also reconnecting with familiar faces.

The century club, on the other hand, is a definite goal I think I could reach before 30 (I'm 25 now).

4. You're in the travel industry and it kinda, sorta, really matters. 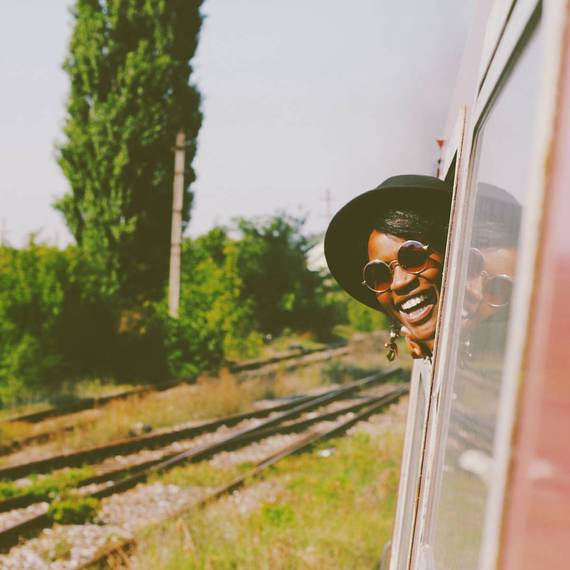 Again, people lie, but numbers don't. And when they're used in a context of analyzing someone's travel background for potential work or collaborations, it's sometimes necessary.

There are millions of people who travel, who have incredible Instagram galleries, and who think their experiences are more unique than the next person's. And while they just might be, a country count might help corroborate their point.

And when it comes to dating, men seem to feel like money is what gives them the edge. A couple times I was told how much money a guy made on a first date, and I just wondered if he got a hard-on from hearing himself say that. Because it definitely didn't do anything for me, Just, no.

5. You're a grown A$% person and basically, you can do what you want. 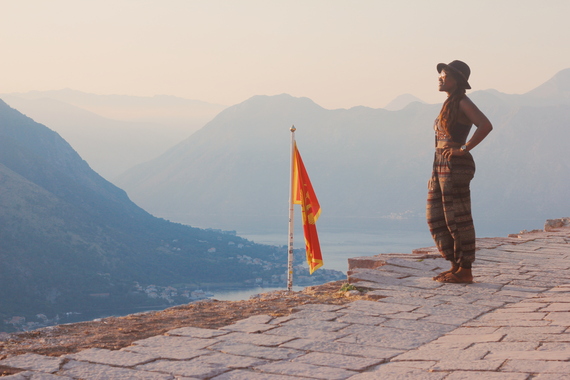 Ahhh, yes. Perhaps my favorite reason. By way of adulthood and this thing called "doing whatever the hell you want" I think this pardons country-counting as well.

People who don't fit the d*ck category could have dozens of reasons as to why they want to quantify their travels, and if you want to knock them for that, that's your prerogative, but it personally couldn't bother me less.

So whatever reason you do or don't put a number on your travels, let's just all agree that if you're committing the unspoken crime of counting airports and 1-hour layover stops, then you my friend, maybe, basically, definitely might just fit the bill of the d*ck in question.

--
About the Author:
Gloria Atanmo is a full-time travel blogger who's been on the road nonstop for two years, chronicling tales of her adventures at TheBlogAbroad.com. She will now continue talking in 3rd person to plug in her 30 countries across 4 continents of travel for irony purposes. She will also shamelessly plug her recently published book, "From Excuses to Excursions" HERE. Thanks for reading and sharing!