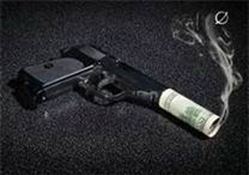 But as a psychiatrist and novelist, I think there's more than that when it comes to crime thriller fiction.

While the range of human emotions and experiences can be tapped in virtually any genre, there's something about crime novels that makes them compelling.

Partly, I think crime novels are so popular and gripping because the events they describe could actually occur. With some variation, the experiences they describe could happen to any of us. The chance you'll encounter a ghost, be transported to another planet, or have some paranormal experience is really quite remote. Sci-fi and dystopian novels truck in pure fantasy, which is fine, but basically, these events don't seem to be within the realm of possibility (at least for now).

However, you could very well be the victim if some thug's violent intentions, or end of being the target of extortion or threats. Any of us could unwittingly run afoul of the law, or become embroiled in some criminal enterprise while unaware aware of the snake pit into which we've fallen. These events can actually happen. One look at a newspaper or watching the evening news on TV makes that very clear.

In other words, crime novels tap into the prospect of the possible which makes them ever more compelling and frightening. These things could actually occur.

But more than fear or the possibility of evil drives the popularity of these novels.

Greed, lust, avarice, revenge, cowardice, nobility -- all run rampant in crime and thriller novels. Yet, it's vicarious, so the tension, anxiety, and outright fear occur to someone else -- not to us. We can live it through a character's experiences, not own. That makes it tolerable -- even enjoyable. We can pull back from the tension or horror anytime we want.

Of course, there's the page-turning, heart-racing element of suspense. Will this brilliant and bold bad guy (who we admire, despite his crimes) really get away, or be brought to justice? (think of The Day of the Jackal by Frederick Forsyth). Will this flawed detective or FBI agent prevail, despite his or her shortcomings? Will a thriller novel's protagonist survive the horrendous experiences described in the book?

Many characters in thriller fiction are larger-than-life. (Think of Jack Reacher in any Lee Child novel). If they're well-developed, they draw the reader inexorably into their spheres. The reader is "there" amidst the danger, pulse-pounding exploits, or the nerve-racking chase to a rocket-driven conclusion.

Think of the power of Vito Corleone in The Godfather, the tenaciousness of Harry Bosch in Michael Connelly's novels, or the daring exploits Ben and Chon in Don Winslow's novel Savages. Consider the stealth and patience of Barry Eisler's John Rain, a master assassin; or the characters in Get Shorty, or virtually any novel written by the Dickens of Detroit, Elmore Leonard. Consider the characters of Mystic River, by Dennis Lehane (which was also a great Clint Eastwood-directed movie). How about the cunning brilliance of Thomas Harris' Hannibal Lecter? (He's even in Wikipedia).

You can't help but love some, hate others, and even fear some of them. The best of them have become American icons.

Maybe it all boils down to basics -- the good versus evil dichotomy of human existence.

I just love crime thriller novels. I love reading them and writing them.