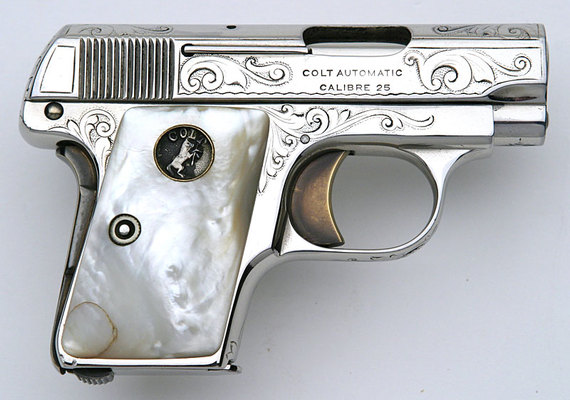 I'm often asked why I write crime-thriller novels. Sometimes, I think the answer is easy: I love to read them, so I write them, too.

But why crime? Why thrillers? You can tap the range of human emotions and experiences in virtually any genre, so what about crime-thriller novels is so attractive?

I suppose partly it's because these things could actually occur -- they could really happen to people like you and me. I mean, the chance you'll encounter a ghost, be transported to another planet, or have some paranormal or sci-fi experience is pretty remote. Often, it's pure fantasy. Basically, these aren't possible. But you could very well be the victim of some thug's violent intentions, or end up being the target of extortion, or threats, or you could unwittingly run afoul of some criminal enterprise.

In other words, crime-thriller novels tap into the prospect of possibility which makes them ever more frightening. These things could actually occur.

But more than fear drives these novels. Greed, lust, avarice, revenge, cowardice, nobility -- all run rampant in crime and thriller novels. And it's vicarious, so the tension, anxiety, and outright fear occur to someone else -- not you. You can live it through a character's experiences, not your own. That makes it tolerable -- even enjoyable. You can pull back anytime you want.

Even more striking (and this is not limited to crime or thriller fiction) is that many characters in crime novels are larger-than-life. If they're well-developed they draw the reader inexorably into their spheres.

Think of Vito Corleone in The Godfather, of Harry Bosch in Michael Connelly's novels, or imagine Ben and Chon in Don Winslow's novel Savages, or Eddie Coyle in George V. Higgins' classic crime novel The Friends of Eddie Coyle. Then there are Rambo and Sherriff Teasle in David Morrell's fascinating novel, First Blood. Or think about characters in novels like Get Shorty, by Elmore Leonard, or those in Dennis Lehane's Mystic River. They live and breathe on the page. You can't help but love some, and hate others. You end up rooting for some, while you want to see the demise of others.

Perhaps it boils down to basics--the Good versus Evil dichotomy of human existence. Maybe it's more complicated than that.

No one really knows.

But a good crime-thriller taps into something very deep.