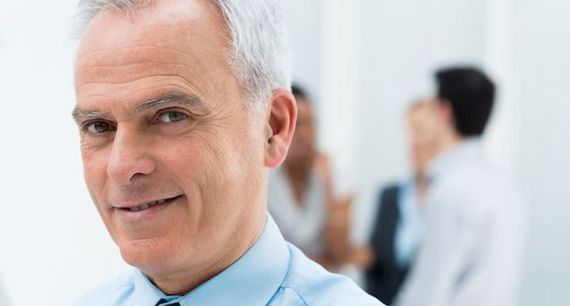 Years ago, I worked alongside a man who was a real tyrant. He would bark orders at his direct reports, and they would practically jump out of their shoes to do as he asked. The crueler he behaved, the more they seemed to follow him around with puppy-dog eyes. It almost seemed like they loved him.

I felt sorry for them and angry at the same time. I did not understand why they would not stand up to their awful boss.

Was I missing something there? I have been the CEO of three companies, including now at Aha! (which is product roadmap software) and I have not forgotten him.

I often wonder what inspires people to follow leaders like that boss, despite all the mistreatment. Are they incredibly charismatic? Is there a softer side that only some people can see?

Not usually. Here are the real reasons that a cruel leader seems to get all the love:

Fear
By all appearances, the department seems to be running smoothly. Everyone appears to be getting along just fine and doing their work, but it is just a cover. His employees are afraid to challenge him, and so they keep their true feelings to themselves. This fear causes them to keep their heads down and not make any waves.

No complaints
No one is complaining, so everything appears to be okay. However, the absence of friendly gossip indicates that something is amiss. Co-workers are not confiding in each other because they know he will somehow find out, and then what? This fear of unknown consequences forces employees to keep the abusive behavior to themselves.

Work happens
His department works and just gets by because they have learned that bad things happen when they miss the mark. They are afraid to fail -- knowing from experience that they will be singled out and shamed for falling short of their goals.

The respect that cruel leaders seem to earn is only an illusion.

Cruel leaders do not really get all the love. It only appears that way. Under the surface, they are despised by everyone.

Cruel leaders inspire hatred, not love, precisely because they are completely focused on themselves and use others to get what they want. They take what could be a great opportunity to inspire others to be great, and they squander it by being ruthless.

Have you known a cruel leader?