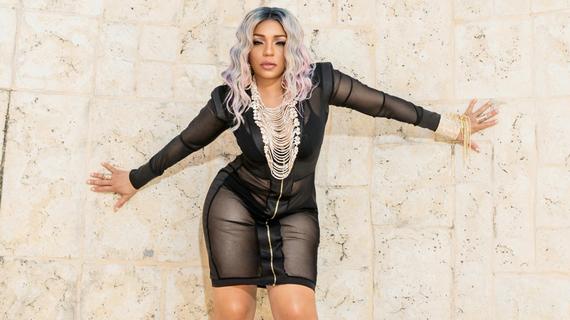 I spent 5 years in Mexico, and one of my fondest memories was the occasional "Fiesta Caribeña" my friends and I organized. We mainly planned and executed the event to maintain our Caribbean identity and culture as well as to help our Mexican friends experience our different countries through us without actually going there. With that said, it then begs the question, how can the average Caribbean national or even better those in privileged positions like entertainers play their part by painting pictures of the Caribbean to others who are not as privileged to be there? My last two articles on the Huffington Post dealt with the responsibility Caribbean natives have to help control the narrative about our respective countries in the media and how Caribbean soca artists can use social media to build their brands worldwide. Those topics are very important to me, and I also think they go hand in hand since Caribbean artists and well-known personalities can make a significant contribution by promoting themselves while eliminating some of the misconceptions people may have about the Caribbean.

Often times, saying what should or needs to be done is easy but actually following through is most times where the difficulty lies. I firmly believe that action is the only true agent of change, so I thought the best way to strengthen my points was to follow up with an article highlighting someone of reputable standing that is practicing exactly what I outlined in my first two pieces. I thought who better to feature than the Caribbean Queen of Bacchanal herself Destra Garcia. In my opinion, Destra does a great job with social media and have built a raving community around her brand online. She uses her music to give people in different cities around the world a view of Caribbean, especially her home country Trinidad and Tobago, without really being there.

Her latest single, "Luv with the Riddim", which is a cross between soca and pop, is a classic example of how she is able to infuse a Caribbean flavor into everything she does. While it is easy for me to provide my opinion on why Destra perfectly epitomises what I spoke about in my last two articles, I thought it would better to get the views directly from The Queen of Bacchanal herself. So I spoke with Destra, and I was absolutely blown away. Blown away not only because she is awesome, and I am a fan, but by the fact that she embodies everything I have been speaking about. Caribbean artists, especially those on the rise, should definitely take a page from her book to see that what I have been writing about is indeed possible.

In terms of helping shape and control the image and reputation of Caribbean countries, Destra indicated that whenever she goes to any country to perform, she does not tailor her performances to suit the country. Although she is blessed with the unique ability of versatility with many different musical genres such as reggae and the likes, she is primarily known as a soca artist, as evidenced by her eleven captivating albums. Consequently, when she performs, it's authentically Caribbean. She brings a colourful display, energy, and plain fun to her performances which are all synonymous with soca and by extension the Caribbean.

In all fairness, a number of other artists carry the Caribbean with them wherever they go and try to help control its image. For instance, I clearly remember when the regrettable death of a tourist occurred in Grenada, Hollice "Mr. Killa" Mapp, one of Grenada's cultural ambassadors, took to Facebook to address the issue and tried to dispel some of the rumours that were circulating at the time. However, not all Caribbean nationals and entertainers, particularly soca artists, take advantage of social media in that way to help shape their country's image and build their brands.

Additionally, as a digital marketing strategist, one of the things I enjoyed most about my talk with Destra was how active she is on social media where she has cultivated a huge community around her music. While many popular figures have social media managers, Destra sees things differently. Therefore, to build a level of authenticity, she believes that it is imperative that she does it herself. Just like Gary Vaynerchuk, a social media mogul and chief advocate of its use, she is very engaging with her online community. Every tweet, mention, comment, like, retweet, and reply all come directly from The Queen of Bacchanal herself and not someone acting on her behalf like most people of her caliber do.

I believe that the Caribbean has a lot to offer and not only where music is concerned. For instance, if most Caribbean nationals, regardless the number of followers they have on Instagram or social media on a whole, decided to take matters into their own hands and not let the media houses in the large countries shape people's perception of the Caribbean, huge changes may result. I also believe that Caribbean soca artists, entrepreneurs, athletes, and others need to use social media to build their brands and communities around their brands. Consequently, social media is certainly the way to go.

At the end of my talk with Destra, I was left with an interesting tidbit however. I asked her to name one thing a lot of people do not know about her, and she responded that many people do not know that she speaks three languages namely English, French, and Spanish. This was rather interesting to me since, I speak the same three languages. Well in all honesty, my French is terrible, but soon it will be as fluent as hers. More importantly, I even thought to myself that with her ability to speak multiple languages she is in a privileged position and has greater potential to share the Caribbean even further with foreign audiences if she so chooses.

I will keep advocating for Caribbean nationals and entertainers to help shape their countries' brands online, and with renewed vigour after my conversation with Destra, The Queen of Bacchanal, who is a chief proponent of my belief, I will continue to encourage Caribbean people to use social media, the fastest, easiest, and off course the cheapest way, to build their communities around their brands. Why is Destra able to dominate social media and build a thriving community around her brand? It is because she stays true to herself and not afraid to help shape the narrative of the Caribbean wherever she goes.