It's about 2 p.m. in July 15. An air force major, known only by his initials as H.A., leaves the military headquarters in Ankara. He is in a hurry, and very concerned. Stopping a taxi, he asks the driver to drive to the district of Yenimahalle.

He doesn't know the exacts address. 'Take me to the National Intelligence headquarters, to MIT compound' he says.

The driver assures him. 'I know where, right away sir!' he responds.

At 2.45 p.m. the major H.A. is inside the secret service headquarters, meeting a top official.

He explains that he had some some serious intel about an uprising underway in the military that day, and -- according to one version of the story -- adds that the head of the secret service, Hakan Fidan, would be kidnapped or assassinated.

He is shortly after taken for another debrief by a superior MIT officer and is found credible.

This meeting sets to motion series of meetings in the Turkish capital, some eight hours before the bloody coup attempt that has shattered Turkey up to this day, with huge consequences. 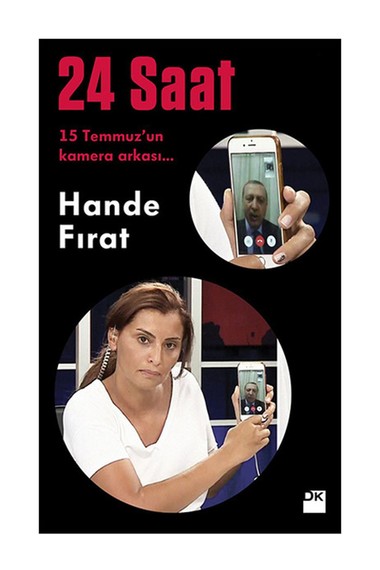 These details emerged in a newly published book, titled '24 Saat' (24 Hours), by our colleague with CNNTürk, Hande Fırat, whose FaceTime interview with President Erdoğan in the night of the uprising is widely believed to have led to the failure of the putschists.

By and large, Fırat's book is an eyewitness account of the intense hours, including those of the other witnesses, including also some data. Its value lies in the fact that it is first of its kind shedding some light on the course of events.

There is nothing odd about the fact that almost no books from independent observers were published in Turkey, although nearly five months passed since then. Unless one sticks to the official narrative or sheer propaganda by the AKP, author of any work which critically scrutinizes the deep background of the coup attempt, risks being declared as 'siding with the terrorists', branded by Erdoğan, as FETÖ (Fethullahist Terror Organisation).

This remained a mystery until an AKP deputy, Selçuk Özdağ, who is also a member of the so-called 'Coup Inquiry Commission' of Turkish Parliament, revealed recently that not only the major but also a foot soldier had acted as an informant that afternoon about the uprising. Then, Özdağ told something that sounded bizarre, that both of them were since then kept in police custody. 'For their own safety' he added.

Logically, these two army members would have been declared heroes. Instead, they spend their days behind bars in the unknown.

One wonders, really, why. 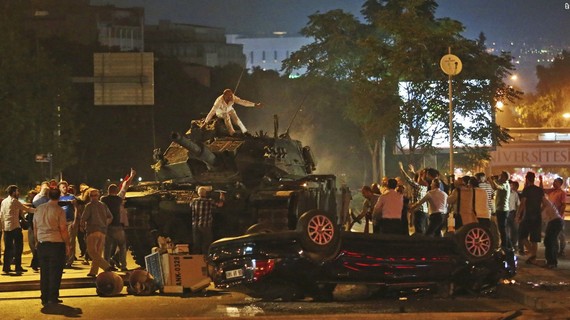 Almost five months after the coup attempt, which cost 246 citizens' lives, for many Turkish journalists to get to the truth is like looking for a needle in a haystack. But there are a handful of us who are determined to put bits and pieces together, no matter how long it takes. We know that the truth has a habit of winning at the end.

There are many bits and pieces now, and they don't really add up.

One detail comes from the testimony of Colonel Davut Ala to the 'Coup Commission'. Ala was the commander of a military barrack in Istanbul. He testified that at 5.04 pm he received an SMS that was sent en masse to key officers in Istanbul area. The message lined up at least ten large districts and all land and sea public lines and said that alarm on 'acts of terror' was issued for three days, from July 15 through the end of July 17.

Ala found it odd. 'Normally such an alarm would mention one area and one day, not full three days' said Ala. 'It was clear there was a preparation for uprising.' Nobody asked if he had informed his superiors.

What happened following the hasty visit by the major H.A. to MIT makes the plot even thicker.

At 4.20 pm, Hakan Fidan, secret service czar, has a telephone call with the Deputy Chief of Staff. At 4.30, he talks, over the phone again, with the top general of Turkish Army, Hulusi Akar. Fidan sends his deputy to the army headquarters at 6 pm. And, he goes to visit Akar at 6.30 pm.

What happened between 6.30 pm and 10 pm - when the coup attempt started - is more or less blank. What did Fidan and Akar talk about? Some reports say that Fidan briefed the general about suspicions on an assassination attempt to him from within the military. He mentions Akıncı Air Base - the epicenter of putchists - and - the narrative goes - Akar, more or less shrugging, orders his Land Forces Commander 'to go and have a look what's going on there'. The commander leaves soon after, only to be manhanded and kidnapped at the base.

Meanwhile, Fidan - the alleged target of assassination rumours - walks out of the headquarters, to remain incommunicado until late after the coup attempt starts. (A news report said he had gone to a birthday party.) We know also, that he reports to neither Erdoğan, nor Prime Minister Yıldırım that day. The latter reproached him afterwards for his neglect to do.

Another baffling detail is that Akar continues to sit at his office, issues a flight ban of the military aircraft form bases, but fails to alarm the entire top echelon of the army nationwide. He remains bizarrely unalarmed even if he is not contacted back by his Land Forces Commander he sent to 'check' the military air base.

He fails also - we may conclude at this point - to interpret such a major threat to head of secret service as a top national security matter, including a coup as a probability.

Then, he is himself taken hostage at about 8.30 pm by putschist units in his office. Two top air force generals are rounded up at a wedding in Istanbul at around 11 pm, seemingly uninformed about the havoc.

It is as if Akar had lost his judgment in alarming them- unless, of course, there is some other motive. 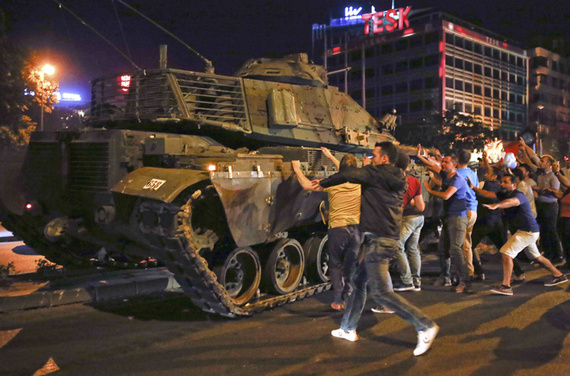 Did Erdoğan and the army know something was 'cooking'? In hindsight, a colleague, Fehmi Koru, drew a week ago attention to two consecutive columns written by a staunchly pro-government and 'deeply informed' columnist, Fuat Uğur, in April 2 and 21.

In these columns published by Türkiye daily, Uğur claimed the prominent Gülenist figures had gathered in Ankara in early spring, and started plotting a coup with some officers, who were blackmailed by Gülenists to do as they wanted, he argued. Then, he concluded with a warning to 'Gülenist officers': 'The state and the top command knows everything you do, and is prepared for the crime that you intend to commit.'

In a most recent indictment against some 60 officers, who in the night of the coup were part of attacking Istanbul's eastern airport, Sabiha Gökçen, the prosecutor argues that the putchists in greater Istanbul area had secretly met at a major military barracks between July 12 through the early morning of July 14 - in a total of 54 hours! Can there be any chance at all that the top command of the army had not known about meetings that last uninterruptibly for so long? Has nobody suspected anything subversive about it all?

Then comes the 'coup de grace' type of statement at a parliamentary debate, by Minister of Defence, Fikri some days ago. Pointing out that around 150 generals are in jail with alleged links to the coup attempt, Işık said: 'How come, that 150 generals attempt a coup and the headquarters do not know of it? We can not just pull it off by blaming a single chief of staff...' (One wonders, also, how come NATO intelligence was out of the loop in such clandestine activity, if it really was..)

Almost five months having passed, the 'Coup Inquiry Commission' has systematically rejected the opposition demands that the three key figures of July 15, President Erdoğan, Chief of Staff Hulusi Akar and the MIT Chief, Hakan Fidan are called to testify. It emerges as clear that both Akar and Fidan failed to fulfill their duties that day, responsible for oversight in not alarming the state apparatus; yet, they are still in duty, oddly. It has been the chairman and members of the commission, who are members of the AKP, who keep voting against it. The issue of inviting Presdent himself was also swept under the carpet.

When asked two days ago, what he thinks about the work of the Commission, Erdoğan was blunt and clear:

'It has achieved in its work what it was supposed to achieve' he said. 'Now, it will be appropriate, if it takes the final steps, finalise its report and submit it, and finish its mission.'

Case almost closed, while the big questions remain out in the open.