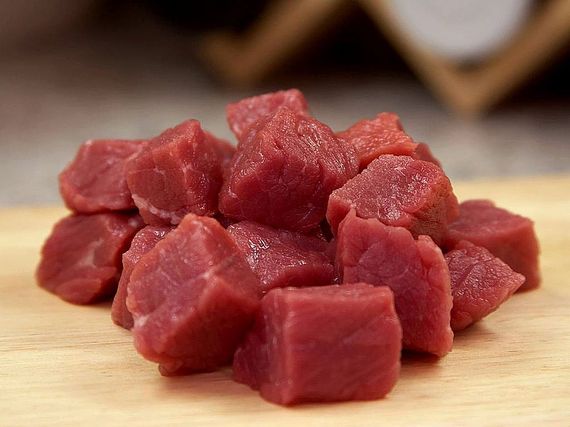 When I read the news yesterday that an analysis by the World Health Organization (WHO) concluded that red and processed meats increase the risk of cancer, my first thought was: The medical community has known this for some time.

Studies going as far back as the 1970s have shown an increased risk of colon and rectal cancers (colorectal cancers) with meat intake. In 2007, a joint international panel convened by the World Cancer Research Fund and the American Institute of Cancer Research (WCRF/AICR) evaluated hundred of studies. (1) This panel found that the evidence that red and processed meats cause colorectal cancer is "convincing," the highest rank of association. This was damning evidence in 2007. The question isn't whether or not the WHO is right. The question is why did it take more than eight years for the WHO to make its announcement?

In our current hyper-polarized atmosphere with a never ending stream of competing talking-heads, the reaction to WHO's finding has, not surprisingly, been mixed. Many researchers have argued that the evidence is not conclusive and the risk of colorectal cancer from eating meat is not nearly as strong as the risk of lung cancer from smoking. These statements are correct to some degree.

But that argument misses a vital point: the evidence between meat and colorectal cancer might not be as strong in part because the wrong studies were evaluated in the first place.

First, the human studies largely relied on the participants to report how much meat they consumed. People are notoriously poor at reporting this type of information. Participants in such studies either cannot accurately recall or quantify their consumption habits or they misreport due to an unconscious or conscious effort to make their diets appear healthier than they actually are.

Second, and more importantly, the human studies mostly assessed degrees of meat intake of all kinds. One of the main reasons why the evidence for the risk of lung cancer among smokers was so strong is that in so many studies, the comparison groups were non-smokers. So the contrast was more black and white: smokers versus non-smokers. And, study participants can much more accurately state whether they smoked or didn't smoke, rather than attempt to quantify their degree of smoking.

Using comparison groups that starkly contrast in the one factor that is being investigated can help clarify the evidence and strengthen it (you want the groups to be as similar as possible in all other respects). Cancer is complicated and we know so little about how it develops. Foods that cause one type of cancer may play a role in promoting other types of cancers as well. Studies have routinely suggested that any animal product -- red meat, processed meat, chicken, and dairy -- increases the risk of certain forms of cancer.

Cancers take a long time to develop, usually decades. While humans have been eating meat for centuries, we are now living longer and that allows more time for cancer to manifest. So the result of our meat-heavy diets is finally emerging: cancers. Diets largely based on plant foods are not only less risky in terms of cancer development, but they are actually protective. They protect us from developing cancer.

An integrated approach to the evidence shows that most diets that are protective against cancer are mainly made up from foods of plant origin.

Unsurprisingly, one of the WCRF/AICR report's main recommendations is to consume a diet of mostly plant-based foods to reduce the risk of many forms of cancer. While every type of study conducted will have it's limitations, there is sufficient evidence to suggest that plant-based diets are the healthiest overall.

Given all that we don't know about cancer, we should pay close attention to what we do know: meat causes cancer.