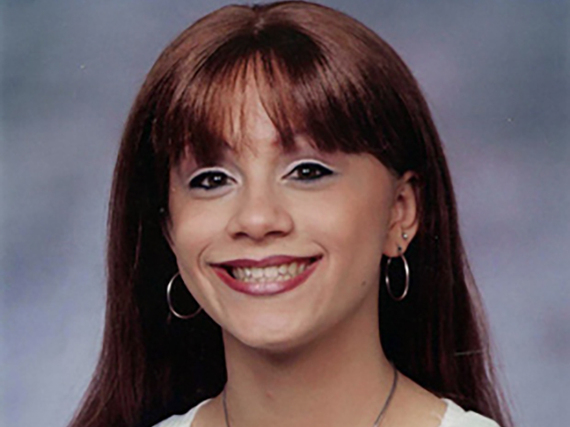 By the time she entered high school, Christine had suffered the sudden death of her father and was diagnosed with alopecia--an irreversible disease that caused her to lose her hair, eyebrows, and eyelashes.

Kids were cruel, calling her a clown due to her heavy makeup and unflattering wigs. But when popular classmates Tiffany Rowell and Rachael Koloroutis befriended Christine, things started looking up.

Christine's happiness with her newfound friendship makes what happened next all the more shocking:

On July 18, 2003, Christine and her boyfriend Christopher Snider went to Tiffany's home in Clear Lake City, Texas, and murdered Tiffany, Rachael, and two other friends in cold blood. Why would a young girl-who had already experienced such a deep loss-commit such a brutal act? Especially upon the two people she seemingly cared about most. 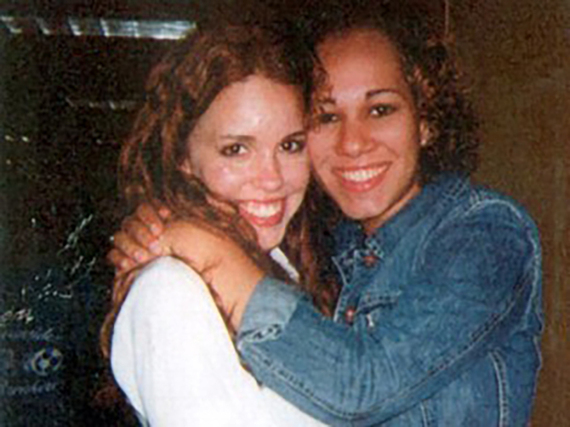 The discovery of the crime scene was just as shocking. From multiple gun shot wounds to Rachael's head being smashed in by the butt of a pistol, police were left wondering: Who would ruthlessly kill four innocent teenagers in broad daylight?

Investigative journalist and true-crime expert M. William Phelps dives into the shocking mass murder in his book Never Seen Them Again by interviewing the victims'--and killers'--friends and family members, combing through trial transcripts and other reports. The result is an extremely detailed--yet compulsively readable--account of the lead up to the crime and its aftermath.

KEEP READING FOR AN EXCERPT FROM NEVER SEE THEM AGAIN. 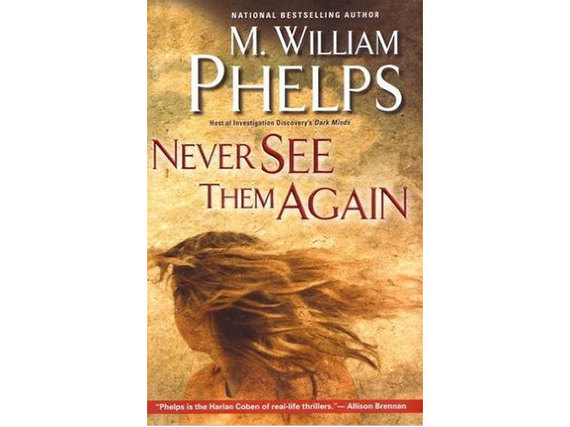 IT WAS JUST after 6:00 on the evening of July 18, 2003. For the past 90 minutes, 18-year-old Brittney Vikko (pseudonym) had been calling Tiffany Rowell, one of her BFFs since middle school. Something was wrong, Brittney felt. She kept dialing Tiffany's number, but there was no response.

"I'll call back," Brittney told him.

But no one--not even Marcus--picked up.

"I was in the area, so I drove over to Tiffany's house," Brittney recalled later.

Brittney's boyfriend, her nephew, and her boyfriend's cousin went with her.

Brittney drove. They stopped at a McDonald's after leaving an appointment Brittney had downtown at 4:10 P.M. A few minutes after 6:00, Brittney pulled into Tiffany Rowell's driveway in the stylish suburban neighborhood of Millbridge Drive, Clear Lake City, Texas, and noticed immediately that Marcus's and Tiffany's vehicles were there. Tiffany's truck was parked in front of the house; its back wheel up on top of the curb. Marcus's car was positioned next to the garage.

Why aren't they answering their phones?

Brittney pulled in behind Marcus's car.

Odd, she thought, looking at both vehicles. They must be here ...

Brittney got out and rang the doorbell.

She rang it again.

Not a peep from inside the house.

She knocked. Then she tried to look through a nearby window, cupping both hands over the sides of her eyes to block the light.

But again, no movement or sound from anyone inside. 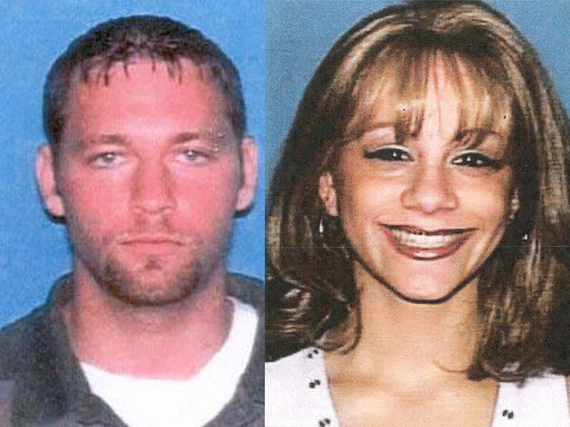 Christine Paolilla, right, and her boyfriend at the time of the murders, Christopher Snider, left.

Brittney's boyfriend and the others watched from inside Brittney's vehicle as she slowly walked into the house.

Something seemed peculiar about the situation. It was eerily quiet inside the house. There was a steely, metallic smell in the air.

The door left unlocked and open? Both cars in the driveway and no one around? It was so unlike Tiffany.

Brittney walked through a short foyer before entering the sunken living room. She took five steps. Then found herself standing and staring at a scene that, at first, didn't register.

As Brittney's boyfriend got out of her vehicle, he watched Brittney run like hell back out the same doorway she had just walked through.

Brittney Vikko was screaming, with a look of terror on her face.

Out of breath, approaching her boyfriend, who was now looking toward the house, Brittney yelled again. "Call ... the ... cops!" She was hysterical.

Her boyfriend walked up to the doorway and approached the inside of the house. Then he came barreling out of the same doorway, screaming.

Brittney was on the ground by then, crying, smashing her fists into the grass. Her boyfriend noticed a neighbor across the street talking on his cell phone. So he ran toward the guy, yelling, "Call the police! Call the police!"

"There was blood everywhere," Brittney's boyfriend later said, describing what he had seen inside Tiffany Rowell's house.

Never See Them Again is available on Amazon, Barnes & Noble, and iTunes.