Why didn't junk food cause obesity in the olden days?: originally appeared on Quora: The best answer to any question. Ask a question, get a great answer. Learn from experts and access insider knowledge. You can follow Quora on Twitter, Facebook, and Google+. 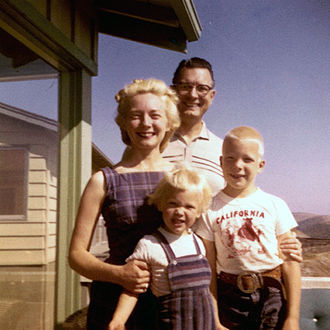 I grew up in a semi-rural area, the child of homesteaders. We had food. Food was never good or bad, it was on the table, and you ate until you were full.

We ate very well, but worked for that food.

My mother had a huge chicken coop, so lots of eggs and chicken.

We planted and harvested about 2 acres of fruits and vegetables of all kinds that could grow in our area. My father had a greenhouse about the size of a single car garage, so we were able to extend a growing season.

Summer weekends were spent in the bush, picking all sorts of wild berries.

We made our own jams, jellies, cordials, chutneys, different kinds of pickles, canned fruits and berries. We processed veggies for use during the winter. This involved sterilizing jars, picking and cleaning foods, slicing, dicing, blanching food, boiling sealing jars, bagging and freezing.

My father bought the rest of the food we couldn't grow or source naturally.

Sundays, we always had a huge roast, all kinds of roasted root veggies, and devil's food cake with 7 minute frosting. Most often, dessicated coconut was also put in the frosting. This is exactly what it looked like.

During the week, a normal meal was soup, meat and 2 veg, salad, some kind of pickle, and dessert. Dessert was usually fruit, either fresh or home canned in heavy syrup, and ice cream.

When I was young, our home had a wood stove -- so fire wood had to be chopped. We didn't have running water, so water had to be carried by bucket. We had a coal furnace, so coal had to be shoveled in, several times a day, outside of the summer months.

Because we didn't have running water, we used an outhouse, which was in the far corner of the property. Even going to the toilet, you walked half a block each way.

When I started kindergarten, the school was almost 2 km away from my home (just over a mile). The only time you were allowed to stay at school for lunch is if the temperature was colder than a high of 0F (-18c). So most days, I walked about 8km, just to go to school and back (x2).

The girls all played jump rope at recess. Do children still do that?

We very rarely ate outside our home, except as guests at other people's homes. When we would go on camping vacations, our first meal out, and last meal coming home would be KFC - the real stuff they used to make with the cream gravy. So if that is the fast food we had, we had it twice a year.

We used to get a bottle of soda when we went to Grandma's house. That was about every second week. But we used sugar like crazy. Tea and coffee always had at least 2 tsp of sugar in it. Canned fruit was all in heavy syrup. When the large bottles of cola began to be sold, they were terrifically expensive. The 2 quart bottle was over $4. Considering the first apartment I ever rented a couple of years later was $125/month - you can see what a luxury item Coca Cola was.

Basically, I would say we ate very well. There were plenty of treats, but we were always walking/running and working in the yard. Even the simple things took a lot of work. There was no turning on the tap, that water had to be hauled into the house.

So what I would say is this:

In days of yore, most junk food was quite high in naturally occurring fats. When someone ordered a burger, french fries, and a milkshake, all of those were replete with fat. That meant that someone eating a junk food diet would experience a great deal of satiety after a meal, and likely only eat three meals a day.

In 1977, the United States Senate Select Committee on Nutrition and Human Needs issued what is widely known as the McGovern Report. Despite the objections of medical professionals, this report, written by a vegetarian aide of McGovern with no nutritional background, blamed saturated fat for a variety of health ills. The report recommended a reduction in consumption of animal fat. It also served McGovern's constituents back in South Dakota by encouraging much more consumption of grain, a major export of South Dakota.

Over the next couple of decades, junk food changed. Saturated fats were largely replaced by partially hydrogenated vegetable oils. Such oils are rich in trans fats, which are now known to stoke inflammation and lead to weight gain.

More recently, as the devastating effects of trans fats have become better understood, high-carb, low fat foods have become hugely popular. Unlike the junk food of old, foods that are predominately carbohydrates do not produce a lasting sense of satiety. People can drink soda and eat pretzels all day long, consuming far more calories than they ever could with the high-fat foods. These changes have been accelerated by farm policy, which has led to massive amounts of cheap corn that gets incorporated into junk foods. Cheetos made from corn meal, gummy bears made from corn syrup, and surprisingly many other products are cheap thanks to farm subsidies.

So, the short answer is that junk food has changed substantially in nature since the days of yore.

Well, I'm barely old enough to remember a time when people, especially young kids, weren't as fat as they are now.

Compared to what I remember to what we have now, I'd say: