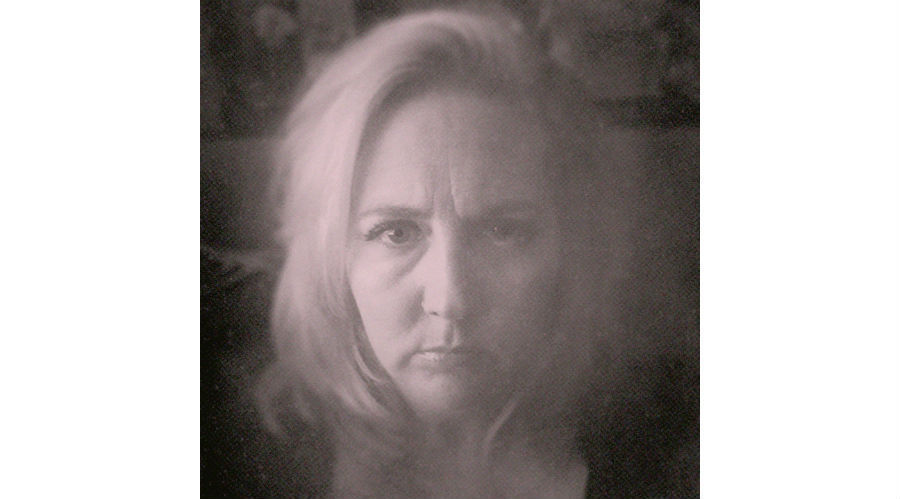 ‘Why didn’t you just leave?' That is the question that everyone asks. I don’t think you can really know until you are in that person’s shoes. For me, I was in love. If I needed to suffer to be with my soul mate, so be it. Love is meant to hurt, right?

I was divorced and had two children from my first marriage when I met him. He had been married twice before. We moved quickly, and within six months we were living together. One night he went out with some friends and didn’t come home. The next morning, when he finally walked in the door, I angrily asked him where he spent the night. He didn’t even answer me — he just hit me in the face.

I was stunned. At the time, I didn’t really grasp what had happened. I backed up and went into my daughter’s room. At 3 years old, she was old enough to tell I was hurt. I minimized it to her and rationalized it to myself. He was tired. He didn’t mean it. Later on, he was very apologetic and I swept the incident under the rug. I wasn’t in a great place with my own self-esteem. My prior husband was verbally abusive towards me and had torn down my confidence. I felt lucky to have a new boyfriend who was, for the most part, good to me. I didn’t want to lose him over one mistake.

Things returned to normal for half a year. Then he hit me again. And then apologized. The abuse followed a pattern: He would be loving and sweet for about six months, then he would blow up and hit me. I always thought each time was the last. And I became convinced it was up to me to save him from himself.

I believed I could love the abuse out of him. I thought if I were a good enough girlfriend — if I just loved him enough — he wouldn’t want to hurt me again. It was almost a sick game in my head that I thought I could conquer. I am going to make him not want to abuse me. I will love him so much he won’t hurt me anymore. I didn’t necessarily think I could change him. I thought I could make him so much more in love with me that it would click — he wouldn’t want to hurt me.

I romanticized my role. I would be the one woman who was strong enough to teach him not to abuse. I would be the savior, the hero, the woman who stood by him despite the rough times. We, the survivors, we think that our abusers are going to have this ‘aha’ moment — the day they realize what they are doing to the women who love them. Every day we’re hoping it’s that day. I got stuck on the fact that he could be a good man when he wasn’t abusing. I wanted that man, the kind, sweet, funny man, all the time. I thought he was capable of being that man. I got just enough of those good days to stay.

“I thought I could make him so much more in love with me that it would click — he wouldn’t want to hurt me.”

Five years into the relationship, I got pregnant. I thought he wouldn’t hit me while I was carrying our child, but I was wrong. I went into labor with a black eye. Not one doctor asked me what it was from. After our son was born, I thought things would be OK. We had a new baby. He’ll be happy. But that year turned out to be the worst.

He was using a lot of alcohol and prescription drugs, and he started to have schizophrenic episodes. He would self-medicate to alleviate his high anxiety, using Xanax and alcohol, which always made him worse. He had episodes of paranoia, and he'd accuse me of having the FBI put cameras in the house to catch him abusing. The paranoia would pass, but it was unpredictable. When he went out in public, I always had to be there to make sure nothing happened.

Around my son’s first birthday, we went to a concert in downtown Salt Lake City. Things had been good, and we planned on having a nice night out together. But the concert was small and crowded, and his anxiety started to grow. He took 8 milligrams of Xanax. Then he started to fall asleep, so he drank to stay awake. He said he was going to the bathroom and then never came back. When I went looking for him, I found management looking after him. They told me to take him home and walked him to my car.

When we started driving, it looked like he was going to be sick, so I pulled over to the curb. I reached across and I pushed the door open, turning his body so he was facing out of the car. But he didn’t recognize that the car had stopped, and he thought I was trying to push him out of a moving vehicle. He accused me of trying to kill him and went ballistic.

He shut the door and swung with his right hand. I felt my cheekbone break. Within the first few seconds, he broke all the bones in the left side of my face and broke my nose. I knew if I didn’t get away from him, there was a good chance I would die. I got in the back seat, I don’t even know how. He got back there too. I was trying to unroll the windows. He kept grabbing my hands, hitting and biting me. He had me upside down. My neck and my head were almost under the driver's seat. He got on top of me and put his hands around my throat.

I was adamant that I didn’t want to die. I had a 1-year-old and preteens. Somehow, I was able to get my foot on his chest and kick him away. I rolled the window down and screamed for help.

After that assault, I was in the ICU for four days. I had to have reconstructive surgery on my face. I still have tons of medical problems because of that night. He went to prison for seven years. He’s out now. He has a girlfriend, I’m told.

It took that incident for me to say “that’s enough.” During my recovery, I made a list of all the reasons I stayed. I had 25. I was strong enough to stick it out. I wasn’t ready to leave him. This is going to be this great story — I took this abusive man and turned him into a loving husband. In my mind, he didn’t know any better. Which is the dumbest thing — when you’re 35 years old, you know beating your wife is not OK.

We rationalize until we can’t rationalize anymore. When you are in the middle of it, you’ll do anything to make them happy. I was so naïve that I didn’t realize — no matter how much I loved him, he was always going to abuse me. Men don’t outgrow being abusers.