This story, as told to Melissa Jeltsen, is part of “Why Didn't You Just Leave?”, a HuffPost series on domestic violence in which six women share their reasons for staying in abusive relationships. Each story explores one of the following themes: 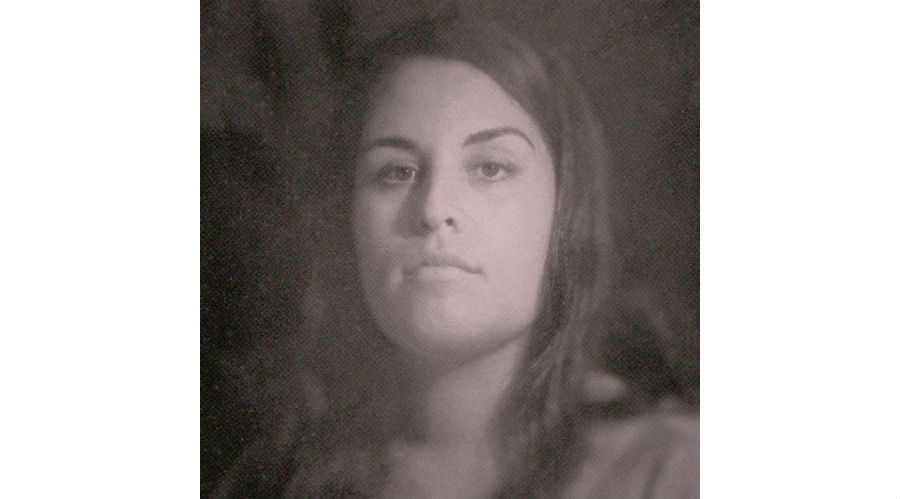 This story involves extreme violence and sexual assault and may be distressing for some readers. It has been edited for length and clarity.

We had mutual friends on Facebook and I sent him a friend request. I was 22 and thought he was cute. He was the same age and — as I soon found out — was about to spend a year in jail for an incident involving a former girlfriend. But it was easy to overlook his past when he told me his version of the story. I fell for him hard. For the whole year he was in jail, we dated. He painted a pretty picture of what our life would be like once he was out.

When he came home, things seemed OK at first. He never put his hands on me, except in a loving way. But he was verbally abusive — belittling, name-calling, a lot of manipulation. It didn’t take long before his extreme jealousy led to blowout fights. More than once, he accused me of cheating on him while he was in jail. We broke up and got back together a few times.

One night I was at my job at a hotel and he wouldn’t stop calling me. He got worked up and threatened to throw rocks through the hotel windows. I was scared he would do it, so I told my boss, who called the cops. The following day, my boss gave me an ultimatum — get a restraining order so he doesn’t come here anymore, or quit.

He had struggled with heroin in the past, but he was sober when we got back together. For one month, things were good. We took long bike rides, had ice cream dates, acted just like a normal couple. But that all screeched to a halt in June of 2013.

One summer night, he picked me up at work and began accusing me of being unfaithful again. I went to text someone and he flipped out. He pulled off the road and threw my phone out the window. When I tried to get out of the car, he grabbed my hair and violently yanked my head into his lap. He told me not to ever get out of the car unless he said to. I was in shock. He’d never put his hands on me before.

Once he calmed down, he said he needed me to take a lie detector test to prove I wasn’t a cheater. He told me I was the problem, I was the reason he was so angry, I was to blame for all our problems. I thought he was being ridiculous, but I agreed to take the test, because I wanted to be with him.

That night was when everything turned bad. We came home, had sex and started taking a shower together. Out of nowhere, he began hitting me across the face. I fell, knocking over shampoo bottles. I don’t remember what I said to him or what he said to me, I just remember seeing his hand coming at my face. I tried to walk out and he grabbed me by my hair again, yelling that I wasn’t allowed to leave any place without his permission.

I went into the bedroom and stood in my towel trying to process what happened. It’s disorientating, being unexpectedly hit by someone who says they love you. I didn’t know how to react. He followed me into the bedroom and pushed me on the bed, wrapping his hands around my neck. He strangled me until I stopped struggling. I don’t remember how long it lasted or how it ended, but it finally did.

The next day, we were out for a drive when he got an idea. He was going to make me take heroin with him, so I knew how he felt. I’d never used drugs before. I don’t even smoke cigarettes. He pulled the car off onto a dirt road, injected himself and then injected me as I desperately begged him not to. Within minutes, I was slumped over in the car seat.

That was the beginning of the most harrowing week in my life. What I endured over the next five days can only be described as hell. He injected me with heroin every day. It made me throw up constantly. At first, he would let me throw up in the woods, but soon he stopped letting me out of his sight and made me vomit into an old T-shirt in his car. I was his captive.

“When I got upset about my bruises, he said I looked sexy all beat up. I was defeated.”

He started brutally beating me, taking me into the woods to hit me with a belt, and told me over and over how he was going to kill me. At one point, I remember getting out of the shower and seeing my naked body in the mirror. I turned my body, maybe to wring out my hair, and caught a glimpse of the bruises. I couldn’t believe what I saw. I was still in complete shock that someone who I believed loved me, and who I loved, could do that to me. When I got upset about my bruises, he said I looked sexy all beat up. I was defeated.

On the third night, he thought of a new way to destroy me. He pulled out a camera and forced me to give his pit bull oral sex while he videotaped it. He said he wanted to prove what kind of cheater I was. He told me he would use the video to blackmail me if I left him or told anyone about the abuse. He would make sure everyone saw the video, including my birth mother in Chile. It gave him that much more power and control over me. That night, I felt like I was stuck with him no matter what. I was trapped. I felt like his property. I was literally just his punching bag.

His abuse progressed very quickly. It all happened in one week. He drugged me, he tried to kill me, he raped me. I had bruises all over my face and all over my rear end. I believe he would have killed me. If not with his own two hands, then with the drugs. If he gave me too much, I would have overdosed. I’m surprised I didn’t.

After five days of brutal abuse, I was at work when he called me and told me to quit my job because we were going out of town. My boss saw me crying. She asked what was going on and offered to help me. That’s when I decided I needed to get out. I went to the police station. The next day I pressed charges. He got six years. He’s now in jail until 2019.

People always ask why I stayed. During the court proceedings, the defense attorney asked me over and over why I didn’t just leave. That was the moment I broke down and ran out of the courtroom in tears. The truth is, I didn’t think things could get much worse than they already were. I was in a complete daze, drugged, sick to my stomach, full of shame and hurt and pain. He did everything he could to beat me down until I felt worthless. It almost worked. Almost.

As hard as it is to accept what happened, it’s easier the more I talk about it. I know that I shouldn’t have to feel shame about what happened to me. The way I look at the whole process of leaving, I am one day further away from the abuse I endured, and all the feelings I felt during that week. I am one day closer to reaching happiness and success in life. It’s a part of my past, but it’s done defining me.