The opportunity to work on a product that is positively changing how African Americans are perceived in this country is humbling. Every day for almost three years, I have looked forward to making contributions to the platform that enables #BlackLivesMatter, and that amplifies the voices of #BlackTwitter.

That is why is the public commitment by Twitter to a measurable diversity goal is so important.

During my time at Twitter, I experienced the pride and sense of purpose on seeing #Ferguson and #blacklivesmatter on the most prominent wall at Twitter HQ. This is something I will never forget.

And yet there were moments that caused me to question how and why a company whose product has been used as an agent of revolutionary social change did not reflect the diversity of thought, conversation and people in its ranks.

I began to understand the challenge of improving diversity when the first Twitter diversity report illustrated just how much work needed to be done. This is illustrated by the fact that even tho African-Americans and Hispanics make up > 30 percent of Twitters (U.S.) monthly active users, <5 precent make up engineering and product management combined. 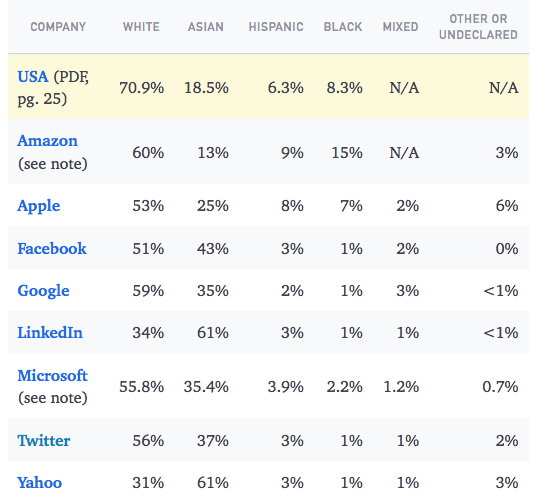 There were also the hiring committee meetings that became contentious when I advocated for diverse candidates. Candidates who were dinged for not being fast enough to solve problems, not having internships at 'strong' companies and who took too long to finish their degree. Only after hours of lobbying would they be hired. Needless to say, the majority of them performed well.

Personally, a particularly low moment was having my question about what specific steps Twitter engineering was taking to increase diversity answered by the Sr. VP of Eng at the quarterly Engineering Leadership meeting. When he responded with "diversity is important, but we can't lower the bar," I then realized I was the only African-American in Eng leadership.

In all of this I tried to remain on the diversity sidelines, this changed in early December 2014.

Twitter sponsored an event celebrating the work of Freada Kapor Klein and the Level Playing Field Institute. The former Head of the NAACP, Ben Jealous was a featured speaker. This event was attended by many a variety of leaders in tech representing a broad cross section of races, genders and backgrounds. However, the employee resource group representing Twitter's black employees (@blackbirds) did not receive an invitation.

And in June of 2015, Jesse Jackson was allowed to present at the Twitter shareholder meeting. Again, there was no communication to Twitter's black employee resource group. In comparison, when Hillary Clinton and Mellody Hobson visited, the Twitter Women Engineering resource group was notified and given an opportunity to meet privately.

Why wouldn't there be a concerted effort to invite the few African American employees to these events? Is it because, as one colleague told me, "They forgot that you were black?" Is a prerequisite to working in tech as a minority that one is expected to, in the eyes of the majority, sublimate your racial identity to ensure a cultural fit? In attempting to achieve the appropriate level of blackness that makes me palatable to tech, had I unwittingly erased the importance of maintaining my blackness in a sea of white faces?

Each of these moments caused me to rethink what role I was playing at Twitter and in tech and how I could participate in dismantling what I describe as the diversity problem in tech. I want to be a leader in eliminating environments where I am the only African American in engineering leadership.

But then, in August 2015, Jack Dorsey returned to Twitter, and during a company meeting, responded to my question about committing Twitter to a measurable diversity goal. He publicly committed to diversity in front of every Twitter employee in attendance, and a few short weeks later, Twitter publishes this. And in a profoundly emotional moment, Jack Dorsey plays this video at the next company meeting.

This epitomizes the best of Twitter, and I left the meeting inspired and ready to drive the bus of diversity in engineering.

After several weeks of meetings and guidance acceptance from Executive Staff, I pitch a job proposal to focus on increasing diversity in engineering to the Sr. VP of Eng.

In the course of the meeting, he suggests that we begin tracking the ethnicity of potential candidates in the pipeline to understand better where candidates are falling out. I agreed that this is an important metric to track and conveyed that the current data we had indicated that the problem is not just the pipeline. While ethnic and gender data early in the pipeline is incomplete, we do know that in 2013, 4.5 percent of CS graduates from the top 25 schools were African-American, and 6.5 percent were Hispanic/Latino.

As we continued the discussion, he suggested I create a tool to analyze candidates last names to classify their ethnicity. His rationale was to track candidates thru the pipeline to understand where they were falling out. He made the argument that the last name Nguyen, for example, has an extremely high likelihood of being Vietnamese.

As an engineer, I understand this suggestion and why it may seem logical. However, classifying ethnicity's by name is problematic as evidenced by my name (Leslie Miley) What I also found disconcerting is this otherwise highly sophisticated thinker could posit that an issue this complex could be addressed by name analysis. (For reference, here is a tool that attempts to do that. With Jewish or African/African Americans, this classifier scored 0 percent on identifying these groups in Twitter engineering). While not intentional, his idea underscored the unconscious tendency to ignore the complex forces of history, colonization, slavery and identity.

I left that meeting wondering how I could, in good conscience, continue to work in an organization where the Sr. VP of Engineering could see himself as a technology visionary and be so unaware of this blind spot in his understanding of diversity. Leadership keeps citing the pipeline when the data does not support it. They continue to churn out ethnic and racial minorities and women but still claim a commitment to diversity. 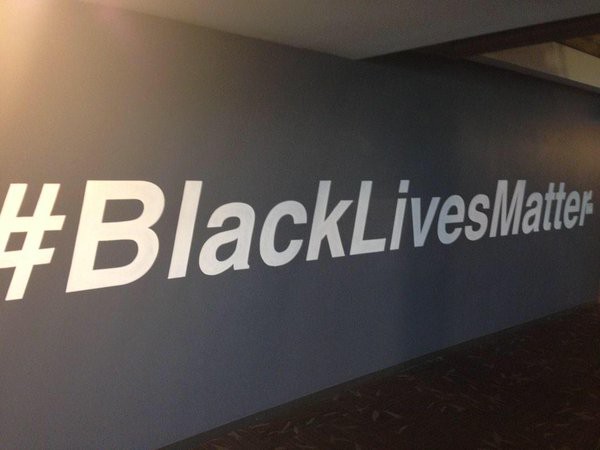 This is the last meeting of any consequence I had at Twitter. My time at Twitter is over. And I end it very conflicted. Twitter as a platform has empowered underserved and underrepresented people. It has fomented social movements and brought to the forefront of American media and politics issues that impact me personally and professionally.

Twitter's issues with growth and engagement and the issues with internal diversity are somewhat related. The over-reliance on a limited number of schools and workplaces for talent has caused a type of group think to dominate. Any change would be approved by people who all think alike. There was very little diversity in thought and almost no diversity in action.

Without a variety of voices contributing ideas, the workplace becomes a homogenized environment where potential brilliance may never be achieved. Diversity should rightly be seen as a benefit to growth, not an obstruction to avoid.

For some at Twitter, diversity is an obstruction to avoid.

With my departure, Twitter no longer has any managers, directors or VP's of color in engineering or product management. From this position, Twitter may find it difficult to make the changes to culture and product.

The return of Jack Dorsey has the potential to change the diversity trajectory for Twitter. It is my belief that Jack understands the use case of Twitter better than anyone else, understands how diversity can be additive to growth, and is committed to making that happen. The leadership that Jack is showing has been long missing from Twitter and tech. His belief in the team, his belief in what is right for Twitters users and not in building a 100 billion dollar company is what's been missing.

I did the best work of my career at Twitter. And this was possible mainly because of the incredible people who believed in each other. To my friends, co-workers, and associates, Qapla'!

And to @Jack, I leave you with "I love my blackness and yours."