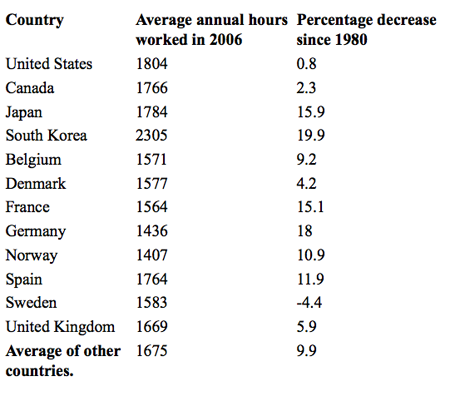 Last month there were 139 million people employed, so if they work an average of 1800 hours this year, that would be 250.8 billion hours. To work those number of hours where workers averaged 1675 hours a year, would take 149.7 million workers, or 10.7 million more than we employ today.

There are 15.7 million unemployed in the United States today.

I am not implying that all we have to do is create a huge job sharing program and our problems are solved, but we do need to ask why other countries seem to be able to have more leisure time and a standard of living is no lower than ours.