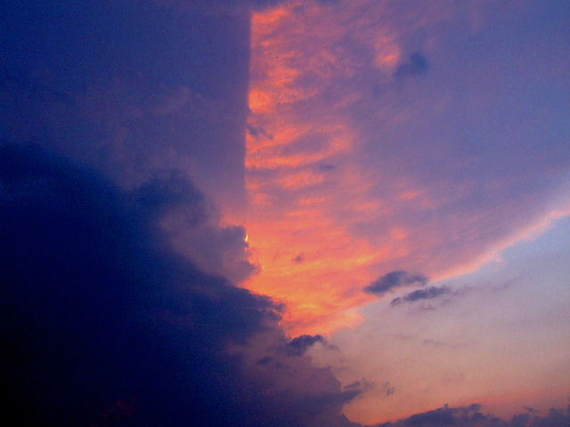 I sat in on a writer's group last night in Brentwood, Tennessee and was delighted to make the acquaintance of one wiry 83-year-old, retired educator who had a treasure of stories to share. One in particular caught my eye, so much so, that after receiving his permission, I'd like to share it with you.

In the late fifties, Paul was teaching at a high school in Madison, Tennessee and since every school has at least one bully, Madison was no exception. As a matter of fact, this bully, whom we'll call Billy was renown across campus as an individual who always had money, especially since it was extorted daily from others too scared to say no, fearful of a knuckle sandwich or worse.

One of Paul's duties as a teacher, was to patrol the hallways during lunch period. On one particular day, he witnessed Billy threatening a much smaller boy, whom we'll call Jim outside the lunchroom. Recognizing Jim from his homeroom class, Paul knew he was quiet, didn't interact much with others and was basically invisible. Except today he wasn't, drawing the ire of Billy and from the looks of things, his wrath.

Billy raised his fist and charged Jim, full tilt. Suddenly, Paul saw the flash of a steel blade appear in the hand of Jim, and time, as he knew it, stood still. One of the principles of disciplining students in a fight is to go to the first student you know best. Being young and inexperienced in such matters, Paul immediately rushed toward Jim with his hand extended. "Give me the switchblade, Jim," demanded Paul, "no one will be hurt today on my watch." Jim eyed Paul for a few moments, allowing his anger to subside, before finally surrendering the knife. Paul closed the switchblade, dropped it in his pocket and led Jim by the arm to the principal's office, leaving Billy standing alone, speechless.

The principal was away for the day, so Paul used his office anyway. The penalty for threatening another student or teacher with a weapon was automatic expulsion, not only from the school, but the entire school system. Paul was in a quandary. Jim, as far as Paul knew, was an excellent student. His record in deportment was spotless. His dad was a local minister, his mom, an elementary school principal.

When Paul began to address the seriousness of the situation, Jim broke down, releasing weeks of pent up frustration and cried tears of extreme remorse. Paul talked about his options. Then Jim talked and Paul listened. Seems Billy had been threatening Jim for several weeks and had him at the breaking point. He couldn't eat, he couldn't sleep, he couldn't study. Today, Jim decided, in order for him to survive another day, he had to stand up to Billy and fight.

After what seemed like the longest thirty minutes of Paul's life, he reached into his pocket, flipped open the knife, broke the blade off between the top drawer and the desk and tossed it in the trash. Then Paul told Jim to return to class. He even provided him a late slip.

The next day, Billy approached Paul in the hall. He asked, "Why is Jim still in school? He pulled a knife on me and should have been expelled." Paul looked Billy straight in the eyes and said, "What knife?"

A decade or so later, with Paul still teaching at Madison, in the middle of a History exam, he happened to look out his classroom window to see a soldier in full dress uniform, exiting a cab at the front entrance of the school. Thinking more nothing of it, Paul returned to his desk, only to be interrupted by a determined knock on his classroom door.

Opening the door, before Paul stood a highly decorated Green Beret. It was Jim. He grasped Paul's hand and spoke softly. "I am going back to Vietnam tomorrow, sir. I could not leave again before thanking you for what you did for me by making it possible to finish high school. I hope I have and will continue to make you proud." Then Jim stood at attention, saluted Paul and walked away. Paul never saw on heard from the Green Beret again.

It's possible Jim never made home. What I do know is, Paul offered a good man a second chance and he took it. Which leads me to the question, why do good men break bad? And if they break bad, should we do all we can to assist in the healing? Sure we have rules, sure we have standards. It's just sometimes we have to take a chance and forgive and forget.

In an age of zero tolerance and immediate rush to judgment, we find ourselves outcasts, permanently broken, more times than not, longing for some semblance of redemption. Do we deserve it, who can say? But, using Paul's story as an example, if we talk less and listen more, we might be able to understand with clarity, why we happened to break bad. Good men fail. Good women fail. Good children fail. Failure is no respecter of person's. And sadly, if we haven't failed at some point in our lives, that means we haven't lived life to its fullest.

Everyone and I mean everyone, including fathers, mothers, children and friends, deserves a second chance. Some even three or more. Because, unless we've walked in the shoes of those who failed, we'll never understand what brought about their tipping point. Billy found Jim's through constant intimidation and threats. I found mine through endless years of rejection. What's yours?

Our latest novel in the Ride Series, Ride To Retribution, is scheduled for release this fall. Join me in my quest to purchase 100,000 meals through Second Harvest. $1.00 of every e-book sale is donated to provide three meals for those needing a little extra help. To date, we've passed the 55K mark, all thanks to you, our readers.

Published Author, Blogger, Writer of Stories from the Heart