Privilege was one of the topics we explored in a 90-minute conversation about race and media at the 2015 Camden International Film Festival. The conversation was a live recording of She Does Podcast, hosted by Sarah Ginsburg and myself.

LISTEN TO THE FULL 90-MINUTE CONVERSATION 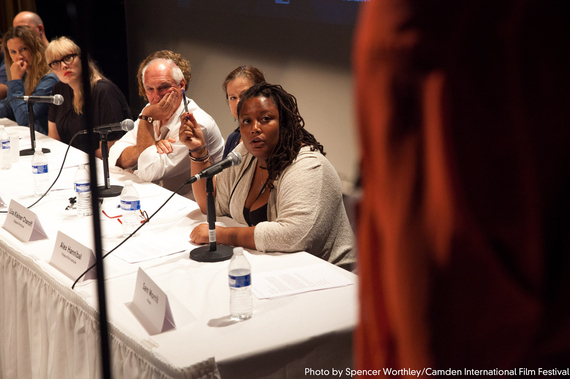 "Filmmaking is an extremely privileged thing. If you are fortunate enough to invest your entire life to any art form, there is a level of privilege there. I'm fully aware of my privilege. I was able to go to graduate school for documentaries, that's not really the most practical thing to do. For some people they are not able to make that lifestyle choice, they have other things they need to take into consideration. You have to have the tools to play the game, and I don't think the majority of this country has the tools. You can't even begin to think about what untapped talent is out there until you give them the tools."

Alex is the Manager of Documentary programs at the Tribeca Film Institute (TFI). While working at TFI, she has developed a number of filmmaker workshops in addition to managing the five documentary funds. Prior to TFI, Alex worked for Lincoln Center for the Performing Arts. Her job requires her to watch films from filmmakers all around the world. This has allowed her to form the opinion that, "filmmakers of color shouldn't be obligated to tell their own story."

"I don't think I would want to be pigeonholed into being someone that has to tell stories from my community. The rest of the filmmaking community hasn't been charged with that mission. It's a two way street. The important thing is a plethora of perspectives. Making sure that the people that are telling the stories are the best and the most well equipped to tell that story, regardless of what community they're from." 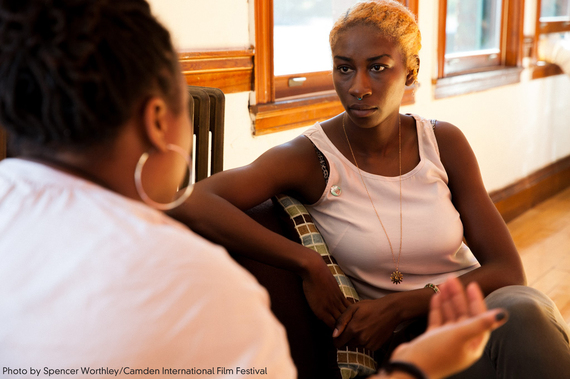 Sabaah Jordan, Co-Director of "Whose Streets"

"Had my situation been different I might have realized that I wanted to make films a long time ago. I grew up saying, 'I've got these great opportunities that nobody in my neighborhood as getting.' Being in that environment I was able to see how different life could be. I felt like I needed to be a doctor because I was going to make money. I was going to be able to accelerate my family to this new place. I didn't realize there was another choice. I felt this burden that I had to put my 'hood and my family on my back. I didn't know what it was like to do something that I was passionate about. I didn't know that it was possible to make a difference and enjoy myself. I think realizing that your social networks are privilege. The habits that you learn at home, if your parents are able to spend time with you versus being gone at work all the time, that's a privilege. A lot of times we think about it as being monetary and we really underestimate the other ways we can be setup for success or failure."

Sabaah is an organizer, advocate, and storyteller born in raised in South Central Los Angeles. She went to Ferguson, Missouri with cinematographer Lucas Farrar in September 2014 to learn the truth behind the dramatic scenes playing out on the news after the killing of Mike Brown. This turned into the forthcoming film, "Whose Streets," which Sabaah pitched as a Points North Fellow this year

"When stories of communities are told by outsiders you are limited to how well you can tell that story. Content is better when it comes from people that know what they're talking about. Effectively segregation is a real thing. A lot of us can go our whole lives without seeing someone from a different background. And so a lot of the information that we get is from the media. The media is being produced by people who don't have an insider experience and are relying on iconic imagery and what's going to build ratings, so we don't get real information about each other." 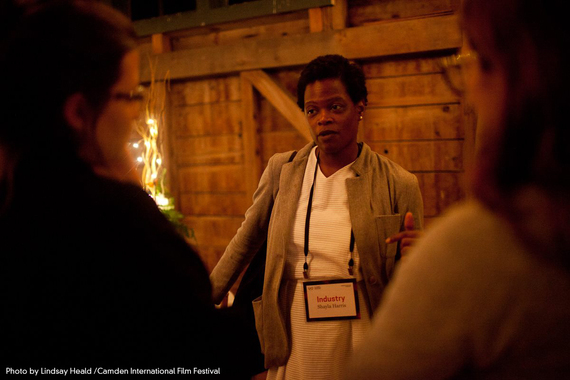 "My privilege is because I come from some other place. When I'm in this other world of 'privilege,' I can see something that others can't see and that is valuable. I can tap into a power in two ways that people that are in this privileged place have no awareness of. I can see entitlement and understand how to use it to my advantage. I told my therapist that this was the year I was going to act like a white guy. It's actually worked out in my favor in so many different ways. It's so amazing that if you just adopt a certain level of entitlement, assumption and power, particularly as a woman of color, it opens the doors in crazy ways."

Shayla just recently joined Frontline PBS as a senior producer to conceptualize and develop original digital video projects. But for nearly a decade, she was an award-winning senior producer and video journalist for The New York Times. While at the Times, Shayla covered national and international stories, earning an Emmy, and several Emmy nominations, a Peabody Award and an Overseas Press Club Award.

As somebody who has been a journalist, who has worked in the field, and having to be the face that represents this thing that they would not expect; like me knocking on the door being like, 'I'm from the New York Times.' I'm not necessarily the thing that people expect. As a person who is aware of other people and how they think about things, also makes me a good storyteller because I'm constantly thinking about my audience. You only figure the values out when you're in places that are in opposition to them. If you're always doing things that are safe, you don't really know what you care about. The best stories are the ones where it's clear that people have a relationship and have connected. If you're an empathetic person who can understand other people's point of view, that's gold.

LISTEN to the full conversation.

Documentary maker, visual journalist and co-host of She Does podcast