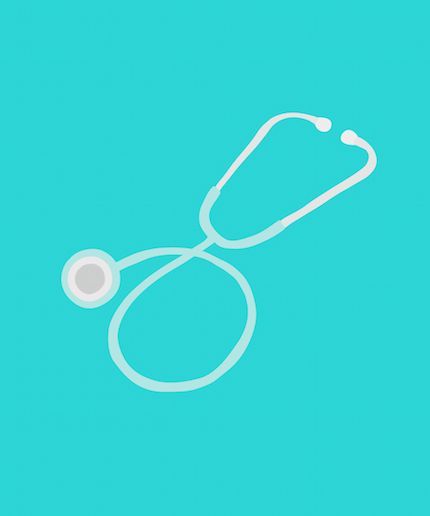 We talk a lot about health care these days (who's entitled to it, who decides who can access it, how much it costs), but maybe we don't talk enough about what happens once we've finally gotten to an appointment. In an ideal world, we'd get amazing care and have all our questions and concerns addressed. But that may not be our reality: According to a new study from ZocDoc, there's far less trust and honesty in doctor-patient relationships than we'd like to believe.

The study compiled thousands of Americans' responses to an online questionnaire about their interactions and relationships with their doctors. Some of the findings were truly startling -- about 30% of women have lied (whether by omission or with a "little white lie") to their doctors. Of male responders, 23% admitted to the same.

Responders most frequently lied about their diet and fitness routines, while smoking and substance use came in second as points of dishonesty. It makes sense that patients were less likely to come clean on these subjects, since the survey also found that the reason 46% of Americans lie at doctor's appointments has to do with embarrassment or fear of judgment. Meanwhile, 47% of Americans go to a friend or relative for advice before contacting a doctor -- because Snapchatting your sister a picture of that weird rash is understandably less scary than showing it to a white-coated near-stranger.

Beyond embarrassment, however, many responders said they weren't totally honest or up-front with their docs simply because of time constraints. (Who hasn't felt rushed during an appointment?) About a third said they just couldn't find an opportunity to speak up -- or, unfortunately, their doctors never asked them any questions about specific symptoms or concerns.

With these findings in mind, ZocDoc founder Oliver Kharraz, MD, says it may be even more important than we thought for patients to have resources to help them find the best doctor for their needs. Dr. Kharraz also points out how physicians can encourage communication during appointments: "Doctors can create more opportunities to share information, giving patients the space to reveal their concerns in the exam room, or even before the appointment, with check-in forms."

When your next checkup rolls around, remember it's your doctor's job to listen to your health concerns -- and he or she is almost definitely not interested in judging you. We can't speak for our childhood dentist on that front, though; his vehement displays of floss-shaming still haunt us.

10 Common Symptoms Of Anxiety
More:
healthy living
Newsletter Sign Up
The essential guide to taking care of your mind and body
Subscribe to HuffPost’s wellness email
Successfully Subscribed!
Wellness delivered to your inbox