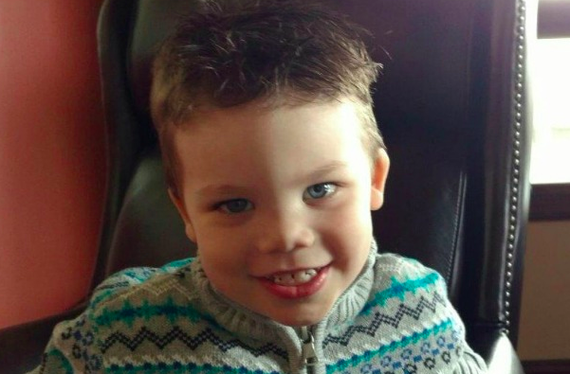 When did we become a bunch of "Mean Girls?" An alligator attacked a toddler frolicking at the edge of a lagoon at Disney World. Lane Graves died a mind numbingly gruesome death in the jaws of a predator, despite his father's desperate attempts to save him. Imagine the unspeakable horror of being his parents, of helplessly watching their son's untimely demise, of frantically searching for his tiny body for nearly 24 hours, not knowing if it would be ravaged or intact, dead or alive. I know this senseless tragedy has consumed my thoughts today, but I get to tuck my boys in tonight. They don't.

Maybe his parents were a little too relaxed on vacation. Maybe they ignored or missed the 'No Swimming' signs. Maybe they were gazing into each other's eyes, overwhelmed with gratitude that they made it from Nebraska to Disney World, where kids' dreams come true. No one knows except for them.

What I do know is this:

- Their beloved two-year-old son died in one of the most tragic ways imaginable. I shudder thinking about it.

- His cruel, nonsensical death was the first of its kind at Disney World. I am sure their little boy was not the only kid to venture one foot into the lagoon. Millions and millions have visited, have stepped where he stepped. This alligator attack was unprecedented.

- Disney World posted 'No Swimming' signs. Neighboring resorts warn guests about alligators on signage. I am certain the Graves family would have never let their precious little Lane anywhere near alligator infested waters if they were alerted to the danger.

- The father tried with all his might to wrestle his child free from the grips of the alligator. Some reports say the mom dove in too. They didn't stand idly by eating an ice cream cone for f*ck's sake.

-These parents deserve our sympathy, our strength, our prayers...not our scorn, our judgment, our bitchiness. Not now. Not ever.

Stop taking notes from the 'Mean Girls' playbook. An innocent little boy with his whole future ahead of him was killed by an alligator in front of his parents. Do I have to say it again?