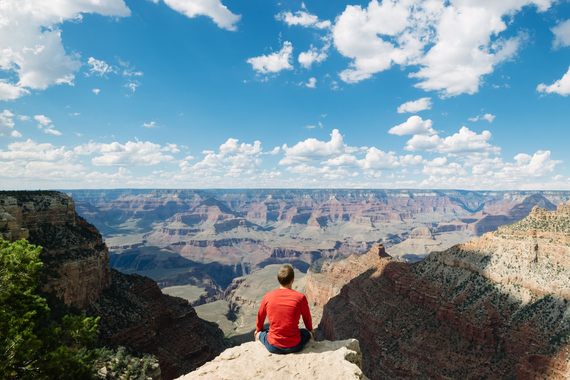 News stories and social media posts inundate us every day with tips for greater happiness, health, and general well-being. But who has the time to fit them into our already packed schedules?

Recently, though, my research has led me to believe that one simple prescription can have transformative effects: look for more daily experiences of awe. This doesn't require a trek to the mountains. What the science of awe is suggesting is that opportunities for awe surround us, and their benefits are profound.

Awe is the feeling of being in the presence of something vast that transcends your understanding of the world. Early in human history, awe was reserved for feelings toward divine beings, like the spirits that Greek families believed were guarding over their fates.

In 1757, a revolution in our understanding of awe began thanks to Irish philosopher Edmund Burke. In A Philosophical Enquiry into the Origin of Our Ideas of the Sublime and Beautiful, Burke detailed how we feel the sublime (awe) not just during religious ritual or in communion with God, but in everyday perceptual experiences: hearing thunder, being moved by music, seeing repetitive patterns of light and dark. Awe was to be found in daily life.

Today when we study people's narratives of awe in my lab at UC Berkeley, we find evidence of awe in the quotidian. Yes, awe arises during the extraordinary: when viewing the Grand Canyon, touching the hand of a rock star like Iggy Pop, or experiencing the sacred during meditation or prayer. More frequently, though, people report feeling awe in response to more mundane things: when seeing the leaves of a Gingko tree change from green to yellow, in beholding the night sky when camping near a river, in seeing a stranger give their food to a homeless person, in seeing their child laugh just like their brother. My colleague Jonathan Haidt and I have argued that awe is elicited especially by nature, art, and impressive individuals or feats, including acts of great skill or virtue.

A new science is now asking "Why awe?" This is a question we can approach in two ways. First we can consider the long, evolutionary view: Why did awe became part of our species' emotional repertoire during seven million years of hominid evolution? A preliminary answer is that awe binds us to social collectives and enables us to act in more collaborative ways that enable strong groups, thus improving our odds for survival. 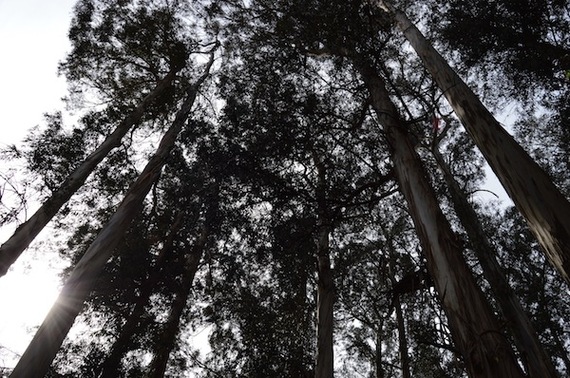 For example, in one study from our Berkeley lab, my colleague Michelle Shiota had participants fill in the blank of the following phrase: " I AM ____." They did so 20 times, either while standing before an awe-inspiring replica of a T. rex skeleton in UC Berkeley's Museum of Paleontology or in the exact same place but oriented to look down a hallway, away from the T. rex. Those looking at the dinosaur were more likely to define their individual selves in collectivist terms--as a member of a culture, a species, a university, a moral cause. Awe embeds the individual self in a social identity.

Near Berkeley's Museum of Paleontology stands a grove of eucalyptus trees, the tallest in North America. When you gaze up at these trees, with their peeling bark and surrounding nimbus of grayish green light, goosebumps may ripple down your neck, a sure sign of awe. So in the spirit of Emerson and Muir--who found awe in nature and deepened our understanding of the sublime--my colleague Paul Piff staged a minor accident near that grove to see if awe would prompt greater kindness.

Participants first either looked up into the tall trees for one minute--long enough for them to report being filled with awe--or oriented 90 degrees away to look up at the facade of a large science building. They then encountered a person who stumbled, dropping a handful of pens into the dirt. Sure enough, the participants who had been gazing up at the awe-inspiring trees picked up more pens. Experiencing awe seemed to make them more inclined to help someone in need. They also reported feeling less entitled and self-important than the other study participants did.

In subsequent studies, we have found that awe--more so than emotions like pride or amusement--leads people to cooperate, share resources, and sacrifice for others, all of which are requirements for our collective life. And still other studies have explained the awe-altruism link: being in the presence of vast things calls forth a more modest, less narcissistic self, which enables greater kindness toward others.

A first answer, then, to the question of "Why awe?" is coming into focus. In the course of our evolution, we became a most social species. We defended ourselves, hunted, reproduced, raised vulnerable offspring, slept, fought, and played in social collectives. This shift to more collective living required a new balancing act between the gratification of self-interest and an orientation toward supporting the welfare of others. Experiencing awe might have helped us make this shift. Brief experiences of awe redefine the self in terms of the collective and orient our actions toward the interests of others. 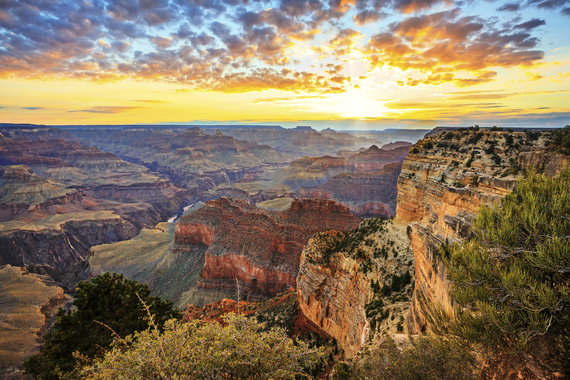 A second answer to the question of "Why awe?" is of the proximal kind: What does awe do for you in the present moment? And here, the science is proving to be clear: Momentary experiences of awe stimulate wonder and curiosity.

Parents have long known this. Sleep deprived they watch, on occasion awe-struck, as their four-year-old marvels at every object in the world, in a perpetual state of awe, peppering them with endless questions of "why?". Biographers routinely discover this in their studies of innovators. Awe drives people to paradigm-shifting discoveries and new technologies. Such was the case of Darwin, Muir, and Einstein. Our studies at Berkeley are finding that simply watching short videos of expansive images of the Earth leads people to come up with more original examples when asked to name items from a certain category (e.g., "furniture"), to find greater interest in abstract paintings, and to persist longer on difficult puzzles when compared with appropriate control conditions.

Awe also may be important for good health. The focus in our lab is on one branch of the immune system known as the cytokine system. Cytokines are chemical messengers that are often produced by cells in damaged tissue. Many cytokines elicit an inflammatory response, which is important for killing pathogens and healing wounds. Psychology is discovering that a hyperactive cytokine response, however, renders an individual chronically sick and vulnerable to disease, a process that may be involved in how poverty shortens lives. When Jennifer Stellar from our lab recently looked at the relationship between the cytokine system and various positive emotions, she found that of all the positive emotions, only awe predicted reduced levels of cytokines to a statistically significant degree. Though this is still quite speculative, it raises the possibility that some of the pernicious effects of poverty are due to awe deprivation.

One last study from our Berkeley lab speaks to the promise of daily awe. Amie Gordon gathered people's daily reports of awe for two weeks and found that it is surprisingly common in everyday living. Every third day, on average, people feel that they are in the presence of something vast that they do not immediately comprehend. For example, seeing gold and red autumn leaves pirouette to the ground in a light wind; being moved by someone who stands up to injustice; and hearing music on a street corner at 2 AM all elicited such a feeling. Intriguingly, each burst of daily awe predicted greater well-being and curiosity weeks later.

These discoveries are being made at a time when, arguably, our culture is becoming more awe-deprived. Adults spend more and more time working and commuting and less time outdoors and with other people. So often our gaze is fixed on our smartphones rather than noticing the wonders and beauty of the natural world or witnessing acts of kindness, which also inspire awe. Attendance at arts events--live music, theater, museums and galleries--has dropped in recent years. This goes for children, too: Arts and music programs in schools are being dismantled; time spent outdoors and for unstructured exploration are being sacrificed for résumé-building activities. At the same time, our culture has become more individualistic, more narcissistic, more materialistic, and less connected to others.

In the face of these big cultural trends, our own individual actions may seem meaningless. Yet the research on awe suggests that modest steps can have a major impact on our well-being. So don't underestimate the power of goosebumps--actively seek out the experiences that nurture your own hunger for awe, be it through appreciating the trees in your neighborhood, a complex piece of music, patterns of wind on water, the person who presses on against all odds, or the everyday nobility of others.

Take the time to pause and open your mind to those things which you do not fully understand. You will be the better for it -- and, as your feelings of awe ripple out through acts of kindness, so will the rest of us.

Learn more about the science of awe at The Art & Science of Awe, June 4 on the UC Berkeley campus or via webcast, featuring a keynote by Dacher Keltner.

Dacher Keltner is a professor of psychology at the University of California, Berkeley, and the founding director of the university's Greater Good Science Center. Keltner has devoted his career to studying the nature of human goodness and happiness, conducting ground-breaking research on compassion, awe, laughter, and love. He is the author of the forthcoming The Power Paradox: How We Gain and Lose Influence (Penguin Press, 2016) and the best-selling book Born to Be Good (W.W. Norton, 2009) and a co-editor of the anthology The Compassionate Instinct (W.W. Norton, 2010). In 2008, the Utne Reader named him as one of 50 visionaries who are changing our world.