My husband is often surprised to learn that when I seem (to him) to make a decision, I haven't really made it at all. "Haven't you already decided to do that?" he asks. Coming from a male viewpoint, my husband can't quite understand why I need to discuss the same thing multiple times and have it reflected back to me and affirmed by multiple girlfriends before I actually do what I say I am going to do.

To tell you the truth, I wasn't even fully aware that I do this until he pointed it out to me. "What is this about?" I wondered. Could it be my Libra Moon sign that leads me to seek social approval before making a decision? Could it be a simple personality trait of wanting to make sure that I understand every angle before proceeding? Or could it actually be a lack of self-esteem?

Luckily, I happened upon a book that is helping me answer some of these questions. "The Female Brain," written by neurobiologist and psychiatrist Louann Brizendine of the University of California, looks at the distinct female biology and provides neurological explanations of how and why we as women show up in the world the way we do.

As many of us know, studies in physiology have proven that the female brain is different from the male brain on some very basic levels. First off, compared to the male brain, the female brain has a larger communication center. Secondly, the female brain has a larger area for processing emotion and reading social cues. Males, by contrast, have two and half more times the brain space devoted to sexual drive than females and they have larger brain centers for action and aggression! If biology translates into personality, one could argue that there is a strong foundation for females and males to behave differently from one another. 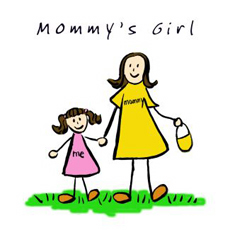 In looking at females and males from a young age, a study at the University of Texas observed how one-year old girls and boys differed in the way they read and responded to social cues. A child and mother were brought into a room, left alone together, and instructed not to touch an object. The mother stood off to the side. The study showed very few of the girls touching the forbidden object, even though their mothers never explicitly told them not to. The girls looked back at their mothers' faces 10 to 20 times more than did the boys, checking for signs of approval or disapproval. The boys, by contrast, moved around the room and rarely glanced at their mothers' faces. They frequently touched the forbidden object even though their mothers shouted, "No!"

I found this study hysterical. Although it was done on one-year-old children, could it explain why my husband goes ahead and does what he says without much rumination and why I seek out approval and in a way "permission" before I move ahead in business and in my personal life?

Examining the roots of female brain development, Dr. Brizendine revealed more telling information. She says, "Baby girls are born interested in emotional expression. They take meaning about themselves from a look, a touch, every reaction from the people they come into contact with. From these cues they decide whether they are worthy, loveable or annoying."

She goes on to explain, "Whether or not she is being listened to will tell a young girl if others take her seriously, which in turn goes to the growth of her sense of a successful self. If she does not connect, her sense is of an unsuccessful self."

Aha! This struck a distinct chord with me. I know that when I am listened to attentively, I feel much more alive, empowered and self-confident. If a young girl's brain searches for validation through external cues, then it makes sense that the mature female brain might seek the same external validation.

So I wonder...is it possible that if we are aware of our distinct female biology and neurological need to seek social approval, we can actually move beyond it? Or is this consensus building form of decision-making just a part of being female and in some way beneficial in some grander global way?...What do you think?


More:
healthy livingWomen
Newsletter Sign Up
The essential guide to taking care of your mind and body
Subscribe to HuffPost’s wellness email
Successfully Subscribed!
Wellness delivered to your inbox