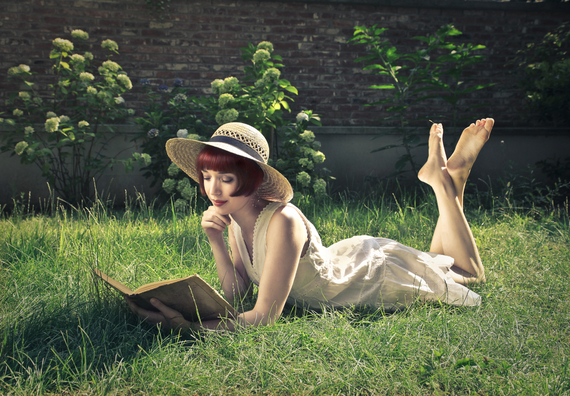 There is ample statistical evidence showing that adult women read more novels than men, attend more book clubs than men, use libraries more than men, buy more books than men, take more creative writing courses than men, and probably write more works of fiction than men. If, as a demographic, they suddenly stopped reading, the novel would nearly disappear.

A recent perusal of the New York Times fiction best-seller list, scoring sales of print and e-books combined, showed that of the fifteen titles listed, eleven were written by women. Indeed, women are the bulwarks of the novel trade. Those statistics could lead one to also believe that the reason for such disparity is that stories told in novels, the characters, plots, insights, inner thoughts, experiences and wisdom offered are skewed to reflect a female point of view.

Even if you take romance fiction out of the mix, formula romance and its many spinoffs, a surefire product targeted exclusively to women, women readers continue to outpace men. Having even moved into reading categories once considered strictly male turf, women readers and writers today are heavily represented across many genres from science fiction and zombie novels to mystery, suspense, horror, thrillers, military, including a myriad of other sub-genres.

Heroines abound, many created by men, including myself. My mystery series set in Washington, D.C., features Fiona Fitzgerald, a female detective, and like Barbara Rose, in The War of the Roses, women emerge in strong roles in my writing. Gender, in my writing process, has little to do with marketing considerations. My creative subconscious and intuition demand it, and I am certain that female writers create male characters for similar reasons, however mysterious. So, most female authors do not write exclusively about women despite the fact that they have an overwhelming female readership.

Whatever publishing discrimination might have existed for women in the past, they obviously do not exist in the present. I'm inclined to believe that women, despite once being held back by education, custom and bias, and restricted to roles primarily as caregivers and nurturers, have surreptitiously dominated the market for novels. The creative urge operates outside the parameters of gender and, despite the restrictions, women have been writing and publishing novels from the moment the form emerged.

In the murky definition where the literary crosses swords with the popular, note the names of these authors: Dickens, Balzac, Bronte, Tolstoy, Lessing, Hemingway, Sands, Eliot, Austen, Proust, Shelly, Faulkner, Joyce, McCullers, Fitzgerald, Cather, Stowe, Wharton, etc. -- some female and some male. Their stories have been told from the point of view of both genders; stories that are about the human species and not confined merely to an isolated gender.

The gender of a novelist is irrelevant to their creativity. The criterion is talent, a mysterious and extraordinary gift that does not discriminate. A talented female author can find her way into the mind and heart of her male characters just as a male writer can do the same with his female characters. If there is some mythical dividing line between the insight, wisdom, and literary skill between men and women, it is not apparent to me. As for the reasons women dominate the reading market or perhaps the writing profession, I don't have the answers -- I can understand economic and opportunity parity, but not intellectual and artistic parity.

As a reader, I make my selections solely on the basis of which author moves me to enter his or her world, and follow the lives of their characters into the mysteries of their destiny. I hope the readers of my work feel the same way.

Why do you think women read more novels than men? Or will the question continue to baffle, like the mystery of love and attraction?