Given that Nick Frost already had the beard as well as a Santa Claus-like shape, it probably didn't take all that much behind-the-scenes effort to transform this "Shaun of the Dead" star into Saint Nick for tonight's annual Doctor Who Christmas special, "Last Christmas" (which airs on BBC America at 9 / 8 p.m. Central) 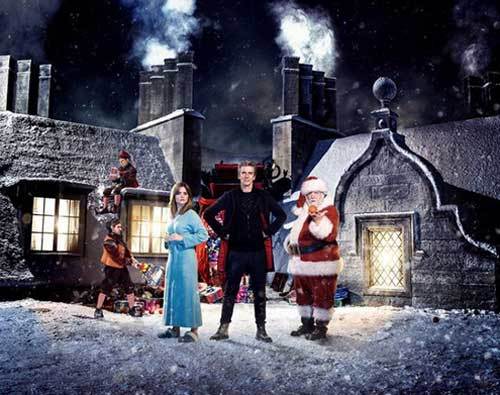 I mean, that brief spritz of white hairspray which Frost had to endured was nothing compared to the six hours that poor Peter Capaldi had to spend in the make-up chair each day while he was working on Disney's Maleficent.

What's that you say? You don't recall seeing the latest Doctor Who in that Angelina Jolie film? Well, there's a reason for that. Capaldi's character -- King Kinloch (i.e., Maleficent's uncle who also happened to be King of the Fairies) -- was completely cut out of that Robert Stromberg film because, after some tepid test screenings, studio officials decided to give the Mistress of All Evil a very different back story.

To explain: When principal photography of this Joe Roth production began in London back in June of 2012, Maleficent wasn't the sole protector of the Moors. This Sleeping Beauty villain was actually a member of the Fairy Court. To be specific, Maleficent was the rebellious teenage niece of Queen Ulla (played by Miranda Richardson) and King Kinloch (Capaldi).

And according to Linda Woolverton's original screenplay for Malificent, there was little love lost between this gawky teen (And -- yes -- I just used the word "gawky" to describe the teenaged version of Maleficent. There are numerous instances in the First Act of the early version of this script where the Mistress-of-Evil-to-be accidentally bumps into and/or comically knocks over other members of the Fairy Court because she still hasn't quite learned how to control her oversized wings) and her imperious aunt. In fact, it is Ulla who saddles the then-15-year-old Maleficent with her signature look as the Queen hurls a particularly nasty curse at that "... devilish thing" which then causes devil horns to sprout out of her head, proclaiming that "... you will wear these for a hundred years so all can see your true nature." 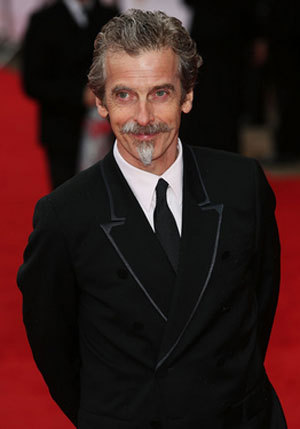 Speaking of having to wear things for a long very time, as he worked the red carpet at the 2013 BAFTA TV awards, Capaldi described what it was like to be made up as King Kinloch:

"Well, it's quite weird. You get picked up at half past three in the morning. And you sit in front of the mirror and they start the stuff. And if you have a little itch in your scalp, you know that you're not going to be able to scratch that itch for another 20 hours.

I was in make-up for six hours every day to get these large pointed ears and a pointed nose. Once they're done, you look in the mirror and wonder 'Who is this old guy? He looks sort of like Peter Capaldi except for the pointed ears.'

Then you walk on set and everyone looks at you and says that they think you look great. But you haven't done anything. You're just wearing all this work that everybody else did." 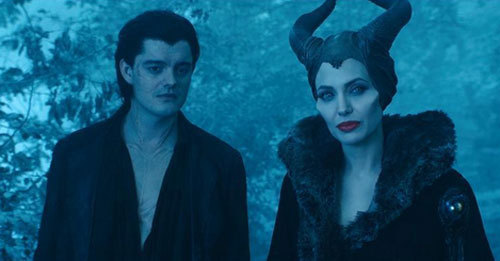 And the King Kinloch make-up that Academy Award-winner Rick Baker dreamed up must have really been something. Because -- to hear Sam Riley (who played Maleficent's sidekick Diaval in the finished film) tell the story -- Capaldi was virtually unrecognizable once he was transformed into the King of the Fairies:

"I remember on one of the first days, Peter Capaldi and I were chatting and he was starting to have his makeup put on. Then I went off and four hours later this goblin -- or a man with a proper goblin's head, moving and everything with little hairs in his ears -- comes over to me and just carries on the conversation. I was like, 'Is that you, Peter, under there?' "

Well, in spite of what an ordeal it must have been to be made up as the King of the Fairies every day, Capaldi clearly enjoyed his time on the set of Maleficent. Again from the red carpet at the 2013 BAFTA TV awards:

"I have nothing but nice things to say about this movie. The guy who directing Malificent is the production designer on Avatar. So you can imagine the scale. It has a very magical, dark look and a lot of the film's characters -- Imelda Staunton's, for example -- are computer generated. There's only a handful of us who are real.

And Angelina was absolutely lovely. They had Angelina on wires. She'd come flying in from way over there and land at your feet. It's a big Disney movie with lots of special effects and incredible costumes and make-up. It was great. It was a big, magical, terrific moving story. I'm dying to see it."

Sadly, Capaldi never got to see the version of Maleficent where King Kinloch and Queen Ulla were largely responsible for this Disney Villain becoming the Mistress of All Evil. According to what studio insiders have told me about those early work-in-progress screening of this Joe Roth production, test audiences weren't all that entertained by the Fairy Court's intrigues. More to the point, they were puzzled that it took almost 20 minutes of screen time before Angelina Jolie finally made her entrance in this motion picture (India Eisley originally played the teenaged version of Maleficent).

"We spent a bit more time originally in the fairy world before we got into the human side of things," Robert Stromberg admitted during press interviews prior to the May 2014 theatrical release of Maleficent. "And since we wanted to get Angelina's version of Maleficent on screen sooner as well as get our running time under two hours, we wound up cutting about fifteen minutes out of Maleficent's first act."

It took eight days of reshoots (during which time, Stromberg was assisted by Saving Mr. Banks director John Lee Hancock) to properly retool / rework Maleficent's first act. Replacing all of the previously-shot Fairy Court sequences with brand-new back story scenes that now featured Ella Purnell as the tween version of Maleficent. Who -- instead of being a rebellious halfling (Woolverton's original screenplay strongly insinuated that Maleficent was half fairy / half devil) who was constantly challenging her aunt & uncle -- is now a good-hearted orphan who, all by herself, watches over all of the magical creatures who live out on the Moors. 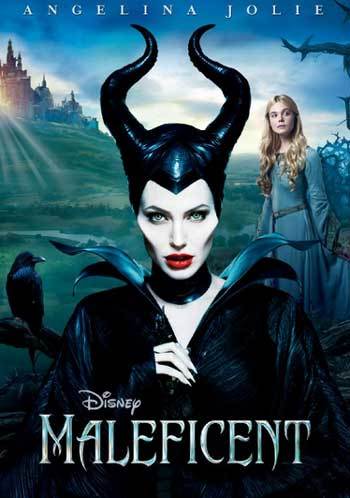 Mind you, it's hard to argue that this was a bad call on Disney's part. Given that the retooled version of Maleficent went on to become the third highest-grossing film of 2014. Selling (to date) $757 million worth of tickets worldwide. Not to mention earning an additional $55 million from DVD & Blu-ray sales.

And given that Maleficent is now the highest grossing live-action film that Angelina Jolie has ever starred in, it's clear that these late-in-the-game changes that Robert Stromberg, Joe Roth and John Lee Hancock did right by that A-lister. Though Peter Capaldi obviously has a very different opinion on this matter.

And how do I know this? Check out this August 2014 response to a Doctor Who fan's question about whether Peter had much experience working on films & TV shows that involved lots of special effects:

"I did quite a lot of green screen acting in the blockbuster movie Maleficent - from which I was cut!" 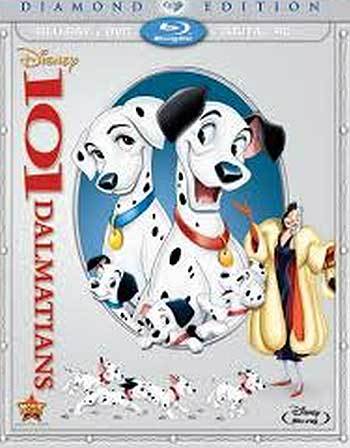 Given that Walt Disney Studios Home Entertainment regularly pulls films from the vault (EX: The diamond edition of 101 Dalmatians. Which is currently scheduled to hit store shelves on February 10, 2015) and then tries to entice consumers to buy yet another copy of that movie by loading up that DVD or Blu-ray with all sorts of extra features like cut scenes ... Well, here's hoping that -- the very next time Maleficent is made available to consumers -- WDSHE then tacks on some of the footage that was cut from the original version of this Robert Stromberg film's first act. So that all us "Doctor Who" fans can then finally see what Peter Capaldi looked like in his King of the Fairies garb.