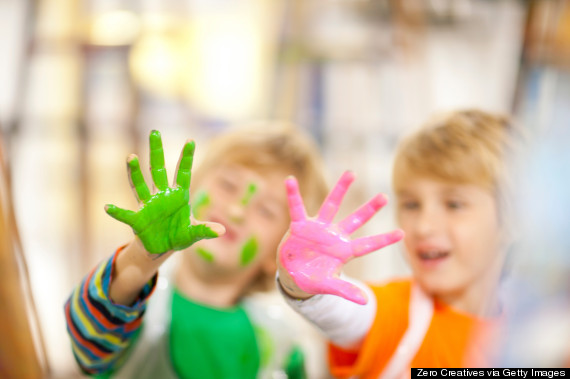 It's hard being an introvert in our extrovert culture. Not because it's easy being an extrovert, but because of the association our modern American culture has placed on greatness and extroverts.

Just one quick Internet search can show how inundated we are with how we interact with our fellow humans. And not just how, but also how many, how long and how often. In an effort to capture the dynamics of great leadership, we have made some interesting assumptions about these attributes.

On November 23 2013, The Atlantic's Don Peck reported on research recently conducted by Sandy Pentland and MIT's Human Dynamics Laboratory. Peck described Pentland's research where "specialized electronic 'badges" were worn "that transmit data about employees' interactions as they go about their days." The purpose of these "badges" was to "capture all sorts of information about formal and informal conversations." As employees did their normal business, the length and tone of conversations were recorded to measure the amount of talking, listening and interrupting individuals did throughout the day.

It doesn't end there. USA Today recently ran the headline: "On the Job: Introverts, Extroverts CAN Get Along." I didn't realize their was a battle raging in the personality wars.

And earlier this year, Daniel H. Pink wrote an article for the Washington Post that ran with the headline: "Why Extroverts Fail, Introverts Flounder and you Probably Succeed." Pink cites a study that examined the average revenue generated by salespeople in which a third personality group called "ambiverts" came out on top as the highest per hour revenue generator. The main point of which, as the title of the article suggests, is that most people fall into the middle "ambivert" group, and that the poles of introvert and extrovert are less successful.

Of course the history books are full of the introverts, extroverts and ambiverts that rose above his or her personality traits and accomplished great things. But American culture is unique in the world, because we systematically build and encourage extroverts over all the other potential personality types. Should we be surprised that Andy Warhol's prediction of a future where "everyone will be world-famous for 15 minutes" has come to fruition?

How did we get here? Why has our culture become obsessed with being an extroverted and, more despairingly, why do we associate it with leadership and success?

I'm not suggesting that we should change extroverts into some other type of person, but as the same time I find myself constantly asking: "Why must I change my personality type to fit society's norm?"

As a teacher, I began to see my introverted self reflected in the eyes of my students. Particularly those students who found themselves drowning in the constant stream of stimuli of school.
It took reading Susan Cain's Quiet for all these personal memories, feelings and episodes of my life to suddenly fit together in a harmonious whole and begin to impact how I teach. What became clear is that our system of education has intentionally chosen extroverts as the preferred way of being. We award "participation points," group work is dominated by talkers and gregarious students are branded as intelligent. This realization caused me to begin to reflect on how I as a teacher could create an educational experience that is more equitable for all.

To begin the process of applying these findings to my work I reflected on my experiences in the classroom as a student and teacher. As a student, group and partner work was excruciating to me. I dreaded having to rely on others to construct my learning. In my universe of experience, learning was an individual process that required me to think, imagine, propose, critique and revise in my own head. I wasn't ready to work or "learn" with other students until I had sufficient time to work through all of this on my own first. But typically, that wasn't what happened when we were asked to "collaborate." That process looked like a group of students receiving an assignment, pulling their desk into a circle and figuring out what we "have" to do. The group work wasn't engineered in such a way to guide the group through the process I mentioned above, but instead it became an exercise of divide and conquer. If the assignment had four parts, and there were four people in the group, then each would just complete that one part. These types of assignments didn't allow me to understand how everything fit together, and didn't focus on the learning process for an introvert, because the goal of the assignment wasn't learning, but was instead completion.

What's most important about this work, and exciting to me, is that teachers also need these types of experiences modeled for them so that they may also deconstruct their own learning preferences, in order to build instruction that meets the needs of all students: introverts, ambiverts and extroverts. It's extremely difficult to build experiences for learners that learn differently than you do. Realizing that very fact is also difficult, but it's a start.

Maybe we could redefine what we value about ourselves and in our leaders. I cringe at the thought of a future world where Pentland's "badges" are used throughout society to measure the length and frequency of conversations to make personnel decision. It seems to shortchange the attributes found in other personality types. Let's hope we create a world where Warhol's "15 minutes" morphs into something more productive for society.