Democracy simply does not make sense to many people in the world today. For those living outside of north Atlantic countries, there appears to be a limit to what a democratic political system can accomplish in addressing their societies' deepest problems, founded on systemic inequality and injustice. Decades of elections and parties have yielded uneven economic benefits for many in the Middle East, Eurasia, Africa, and Latin America. To the extent that it exists there, democracy does not seem to work for the good of the entire society. 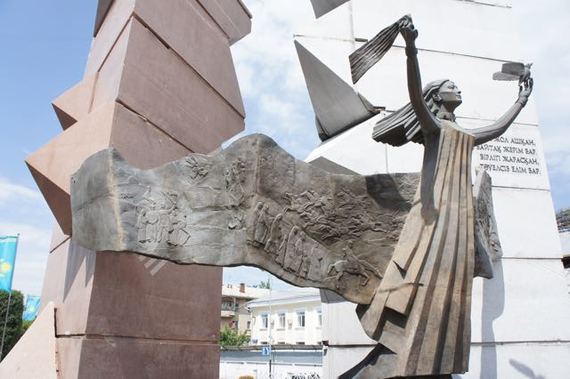 Their problem with "democracy" goes deeper, however. The very logic of democracy does not make sense to many of them. At its base, the idea of democracy says that when politics allows for the orderly competition of differing views and interests, then all of society ultimately benefits. Citizens, with on-the-ground knowledge, fresh ideas, and various perspectives, form their own groups and institutions, which participate in public discussion and collective decision-making through a certain process, whose impartial rules are set in advance.

But how can many competing voices and interests work anything out approaching consensus? Won't there be continual conflict and deadlock? Or, powerful groups just use the process to perpetuate their control over outcomes, which is what most people in nominal democracies in fact experience.

Given all that, doesn't democracy only lead to chaos? With no strong central authority holding the system together, why won't it just fly apart into warring factions, like in Afghanistan? Now, western politicians and theorists do have answers to these questions, and point to the stability of the north Atlantic states. Those answers, however, don't speak effectively to the pervasive and fundamental incomprehension about democracy in the world.

Take the views of Central Asians since their independence from the former Soviet Union in 1991. "Democracy" and the free market (those are often conflated) can mean to them that central authority no longer manages economy and society to ensure the general well-being. The result has been inflation, unemployment, and everyone at each other's throats making money. Selfishness and criminality rule the day. Chaos.

Many Central Asians desire a firm hand at the helm as the only way to order and peace. They want a decisive, ruthless leader who will personally solve all of the country's problems, especially against the global threats of terrorism and migrants. We are seeing this kind of thinking across the world today, from the Philippines, to Western Europe, to the United States. This response is not surprising, psychologists say, given the perceived (and some say, hyped up) threats to security. When feeling threatened, people are apt to fear the Stranger and admire the Strongman.

However, there is another dynamic at play here. In these insecure times, democracy can appear not only inadequate but also incomprehensible. Democracy says that a society makes the best decisions when authority is decentralized, and many voices work out the course of action. It's messy and inefficient, compared with the decisiveness of the dictator. But democracy is founded on a belief that a self-organizing system produces the best solutions in the long run. Similarly, capitalism's claim is that the most productive economy is a largely self-organizing one, when myriads of people are making their own economic decisions in a market. Though regulated, those decisions are not centrally coordinated. Democracy's claim is that the best political wisdom emerges from largely self-organizing politics.

Here is the crux of why democracy does not make sense to many. A huge leap of faith seems to be needed to believe that a self-organized system would actually maximize benefit. Especially for populations used to living under highly controlling governments, the thought of the state just "letting go" is scary nonsense. Yes, those populations usually chafe at the heavy hand of despots, who maintain power to serve their own interests rather than the common good. But despite that distaste, they find it hard to conceive of a successful government that lets millions of citizens taking their own initiatives. Isn't that a lapse of the state's moral duty to take care of its citizens, resulting in disorder and disintegration?

Democracy is a hard sell to those who see only the two alternatives of despotism and chaos. It requires believing that beneficial politics and economy can be the result mostly of self-organization - a third alternative to strict control and total bedlam.

Maybe, though, this third way shouldn't be so hard to believe. Many phenomena in the natural world work because of self-organization: from the formation of molecules, to the crystallization of each unique snowflake, to the "schooling" of fish, to the function of anthills. Complex wholes can be built on components, each operating simply and without central coordination. The whole can function as more than the sum of its parts. This principle appears to be quite prevalent across nature, according to the interdisciplinary field of complexity science. Among them are biologists, physicists, chemists, engineers, and social scientists, who see that interesting phenomena occur at that critical edge between order and chaos. Doesn't that sound like where democracy operates?

If this all seems outlandish, take a look at the burgeoning field of complexity science. Stuart Kauffmann has written about "spontaneous" order emerging under certain circumstances as a fundamental principle in the universe. This may explain, he suggests, how democracies solve hard political problems because pluralistic societies may be complex systems, whose capacities are more than the sum of its parts. See his book, At Home In The Universe: The search for laws of self-organization and complexity. For an excellent primer on complexity science, see Melanie Mitchell's, Complexity: A guided tour.

Even if complexity science applies to politics, democracy is still a hard sell. To the many in the world with no concept of political order without direct central control, democracy's bottom-up logic makes no sense. The claims of western democracy boosters seem as magical as the market's "Invisible Hand" (Adam Smith) or the "Mystery of Capital" (Hernando de Soto). The real global debate today is over which model leads to better societies: the all-controlling despot or the self-organizing democracy. Both sides have much work to do in convincing the other.