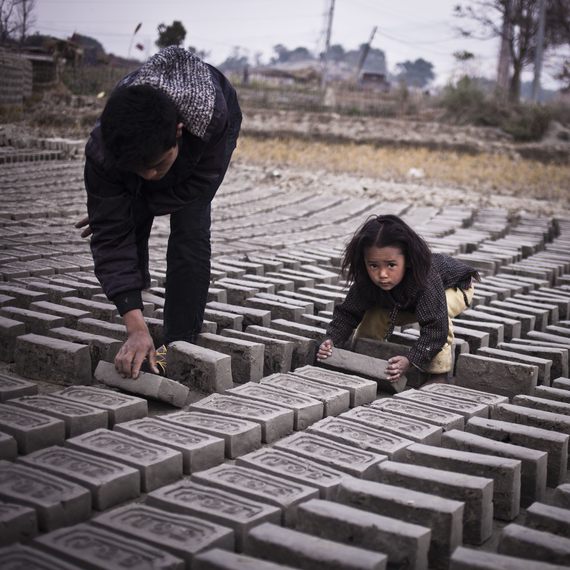 Tens of millions of people are currently enslaved around the world.

Modern slavery is a hidden crime, so it's hard to get robust numbers, but the Global Slavery Index estimated in 2014 that perhaps 36 million people were in a situation of modern slavery.

Given that modern slavery in its various forms is prohibited under international law and in almost every country, why is it so widespread and pervasive?

The reason is that modern slavery thrives when three factors intersect. These are:

1. The demand for extremely cheap labour

Slavery is fueled by the demand for extremely cheap labour.

Of course, there is nothing legally wrong about seeking lower labor costs, as long as this is done in compliance with the law. But when it comes to modern slavery the objective is to pay extremely low wages -- invariably in breach of the law.

Sadly, there is often a compelling economic model for this. It allows businesses to illicitly minimize their labour inputs- - usually the largest component of their operating costs -- and hence minimize the cost of producing goods and services, and thereby maximize their profits. Often it enables otherwise uneconomic businesses to remain viable -- at a massive social cost.

Men in Uttar Pradesh, India, are given an advance of perhaps $100 to work in brick kilns, which loan is fraudulently manipulated to keep those men and their families in bondage for years, costing the slaveholder little more than subsistence food and lodging each year. All of which maximizes the slaveholders' profits -- estimated at an average of $1000 per year per bonded laborer -- at the cost of human misery.

Young women from Eastern European countries can be deceived and coerced into brothels in Western capitals at the cost of a few thousand dollars to the criminal networks purchasing them, generating many times those costs in profit ($80,000) every year they remain in the brothels.

Extrapolating from those figures globally, the International Labour Organization (ILO) estimated last year that the annual profits from slavery amount to $150 billion.

The demand for cheap inputs is also driven by our globalized economy, with supply chains often spanning continents. Multinationals may have five or six layers in their supply chains from retailers all the way back to the artisanal miner in the Congo or the cotton picker in Uzbekistan, or the fisherman in Thailand.

Each of these layers further removes the source worker from the customer. And at each layer there is pressure to reduce costs so that we can get our $5 t-shirts, our cheap prawn-sushi or ever-faster smartphones.

Now the demand for cheap labor is ever present, and does not enable slavery on its own. It requires vulnerable human beings -- who can be tricked or coerced into exploitative situations -- and failure to hold those breaking the law, accountable for their criminal behavior.

Vulnerability here often takes the form of poverty. Poverty alone is not a determinant of slavery -- many poor countries and regions are not disproportionately afflicted with slavery. But where you have poverty combined a lack of economic alternatives, people take risks in the quest for a better life.

It causes people to engage in unduly risky migration and enables criminals to take advantage of their desire for a better future. Hence young women from Ukraine or Moldova are often deceived by promises of better lives in Western countries, despite having heard stories of the risks of sexual servitude -- always hoping it won't happen to them. Indian and Nepali workers are deceived by promises of jobs and citizenship in the U.S. -- or think they are going to Jordan but end up in Iraq working for U.S. military contractors.

Vulnerability takes many other forms, such as conflict and displacement, caste, ethnicity, gender, illiteracy, migrant status, usually combined with societal discrimination against the differentiating trait.

So the fact that slavery exists on the scale it does means there is a fundamental failure in implementing the law, and in internalizing the norms against slavery and extreme exploitation.

Modern slavery thrives under weak rule of law and bad governance. It is enabled by corruption, and practiced by abusive power-holders.

Whole communities in south Asia are openly enslaved through debt bondage to work in brick kilns or stone quarries, which are often owned by local criminal or political figures, and given protection by officials.

The massive red light districts in India's big cities are a vacuum for trafficked minors -- and the brothels thrive because of police and bureaucratic indifference at best, and co-option at worst.

Conflict-ridden countries and those with weak institutions are at particular risk of exposing their citizens to a heightened risk of slavery, along with many other evils.

Think of child soldiers in Central Africa, the sexual slavery of girls and women practiced by ISIS and Boko Haram, and the use of forced labour by rebels and government militias alike to extract conflict minerals.

Weak rule of law also empowers the abusive economic model of slavery -- because big illicit profits can be made with little or no risk of punishment -- thereby increasing the economic attractiveness of slavery.

All of this makes fighting modern slavery a daunting task -- as it means confronting powerful economic models, and entrenched discrimination and corruption and abusive power-holders. That's no mean feat.

But there is reason for optimism. There is growing awareness on the part of governments and businesses of their responsibility. Certainly in the West, there is growing political will to tackle modern slavery, which is leading to a stronger regulatory environment, and a slow trickle of change down the supply chain.

Even in countries with high prevalence, there is growing focus on the issue, driven in part by greater international scrutiny. This momentum will be accelerated when there is increased funding.

We don't have to win the legal or moral arguments -- those were won long ago. Rather we have to ensure that the many laws that do exist are robustly enforced, because it is only then that we will have a real impact on slavery.