I just had a baby. I'm 29. My stuff down there doesn't look the same, or right. I'm so embarrassed to let my husband see me that I won't even let him go down there.

Is this normal? Is there anything I can do?

Thanks for writing in to ask about something that EVERY WOMAN EVER has worried about: The Lady Bits.

I'm 40, and I have five children (one of whom weighed almost 11 pounds), so you know my female parts have basically been through war. And not like a little war, either. Like World War II, a worldwide battle between two opposing forces: childbirth and Kegels.

A few days after my first baby was born, I thought it would be a great idea to utilize a nearby handheld mirror to get a closer look at what was going on down there.

Horrifying. Not only was every square centimeter of everything swollen like it had been punched squarely in the most important part, just to add to the appeal, it was also purple. And not like, "Oh, that's a lovely shade of lilac." No.

So, after a whole entire human being comes out of you (and also as you get older, because gravity) things are bound to change. Your vagina in general may be a bit slack or looser. You can do Kegels all day (and squats; don't forget the squats), but when you get down to business, your vagina is still a vagina. Your labia, both minora and majora, may change. DON'T PANIC. There is a surgeon sitting behind a desk wringing his hands just waiting for you to panic. And then for you to pay him or her $5,000-8,000 to get your body "fixed." Ugh.

Here's the thing: You can't really change your vulva. It's yours. However it looks is however it looks. Period. Despite how it looks, its function hasn't changed. What is "good" or "bad" when it comes to the vulva? They all look like flowers, really. All vulvas are good vulvas. 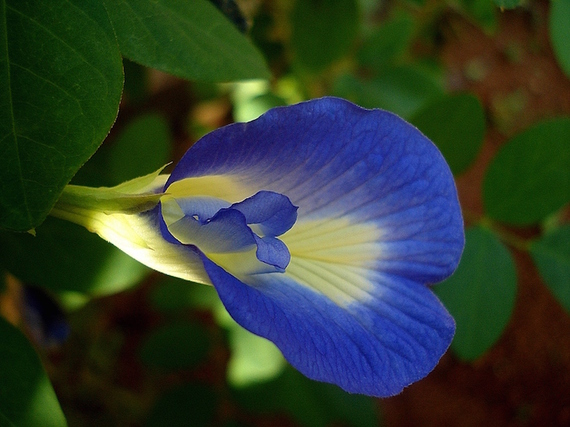 Let's say your neighbor has a Ferrari and you have a Toyota Echo. The Ferrari is red and a sports car. Because of the whole 'sports car' thing, the insurance is unbearably expensive. Also the gas mileage is shit. And BTW, gas is like $4 a gallon. The Toyota, on the other hand, is sensible. The insurance is totally reasonable AND those suckers get like 42 miles to the gallon.

At the end of the day, they are both just cars. The guy with the Ferrari is like, "OH look at my super fast sports car." But you can say, "Oh yeah? Well look at me over here in my car that still gets me to work and home and leaves me with enough money for a vacation." BAM.

OK, that's actually sort of a horrible vagina analogy. I just really wanted to use it somewhere.

Here's my point: You pushed a human out of your body. It's not likely to look the same. And guess what? Mine doesn't either. Or my Ferrari neighbor's. Or your best friend's. Or your sister's. All the vulvas look different after babies and also they look different from each other. That not just OK, it's normal.

So, do this: Get to know it. Just rip off the Band-Aid. Look at it all in a mirror. Try not to see it as good or bad or pretty or horrifying. Just look at it and say to yourself, "Self, You did a good job making that baby and pushing it out. And you still look like a flower. Way to go."

More:
Parentsvulvapost baby bodylife after kidschildbirth
Newsletter Sign Up
Raise the kind of person you'd like to know
Subscribe to our parenting newsletter.
Successfully Subscribed!
Realness delivered to your inbox