Does the NRA support puppy mills? 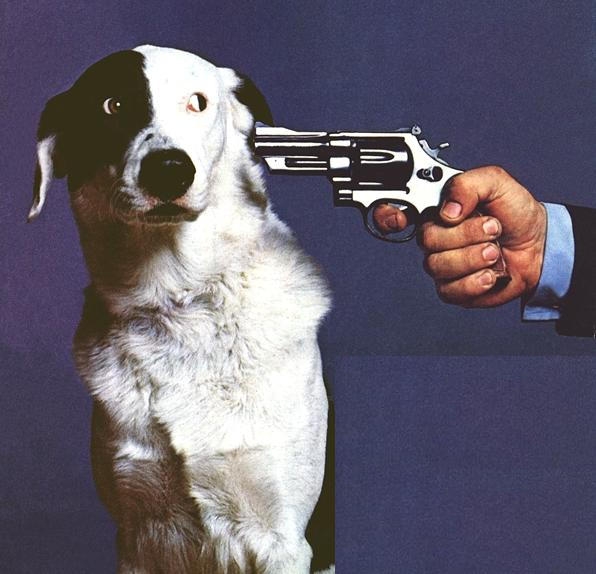 The National Rifle Association says it's about defense of the Second Amendment. But more and more, it's about doing harm to man's best friend.

In the 2009 legislation session, the gun group has been going state to state setting its sights on public policies that would crack down on abusive puppy mills. They actively lobbied against an Arizona bill requiring that puppy mill producers are subject to inspections by county enforcement agents at any time during regular business hours. They are working hard in Indiana and Minnesota to derail bills that would limit the number of dogs confined in puppy mill cages and set basic standards of care for exercise, flooring, and veterinary treatment. The Arizona and Minnesota bills have been shelved, and an NRA-backed amendment would gut Indiana's legislation.

It's a mystery why the NRA cares so much about defending the status quo when it comes to puppy mills. It can't be a core issue for gun owners. The NRA claims that the puppy mill bills would impact hunting dogs, but surely most sportsmen would want their dogs raised humanely by responsible breeders, not treated like a cash crop. A dog who lives in a filthy wire cage with no exercise, socialization, or human interaction might not end up being a very good hunting partner out in the field, after all.

It may just be that the NRA has a knee-jerk opposition to any animal protection issue, no matter how modest or common-sense.

Not so fast there. Think about it. We already license and register dogs. So how much longer will it be before we face total dog confiscation? Well, according to the NRA, if the anti-freedom, er, anti-puppy mill lobby has its way, not long. Not long at all.

In a July 2009 alert to its members about a puppy mill bill (SB 460) it eventually derailed in North Carolina, the NRA displays the leaden efficiency of using a time-proven template to combat regulation. Any type of regulation. Guns. Dogs. You name it. In the text below, just replace "dog breeder" with "gun dealer." Or "gun show promoter." Or "gun manufacturer." It may sound a little, well, familiar.

SB 460 requires "commercial dog breeders" to be licensed, then subject to regulations and inspections. But if you operate a facility that has "overcrowded and cruel" conditions, you likely know this is the case, and simply would not apply for a license. No license means no regulations and no periodic inspections. In other words, the same laws that are currently on the books to target true animal cruelty are the only ones that would apply to investigating an unlicensed "commercial dog breeder."

On the other hand, those responsible dog breeders (which are the vast majority of them) that do comply with the licensing requirement, should SB 460 become law, may find themselves regulated out of business. The bill states that certain standards must be met, but does not spell them out. Instead, it allows a bureaucratic rules process for setting the standards, using vague, subjective terms for stating what those standards will be. The terms 'adequate' and 'appropriate' are used, which have widely different meanings, depending on the application and who is doing the applying. You can bet HSUS [Humane Society of the United States] operatives will try to influence the rules process to implement the most draconian rules possible in order to promote its anti-breeder agenda.

And to finish out the exercise, just replace Humane Society of the United States with "Obama" or "gun control."