Gran Hotel is not a crime show. It's a sexy, romantic, exciting Spanish series that ran for three seasons, blending Downton Abbey with Dynasty. But it raises the temperature by adding robberies, marital rape, murders, bombs, poisonings, and relentless skulduggery.

The show is set in northern Spain on the Atlantic coast at a luxurious hotel. There's constant interaction at many levels between the staff and the feuding Alarcón owners, a family with secrets coming out of their jewel boxes. 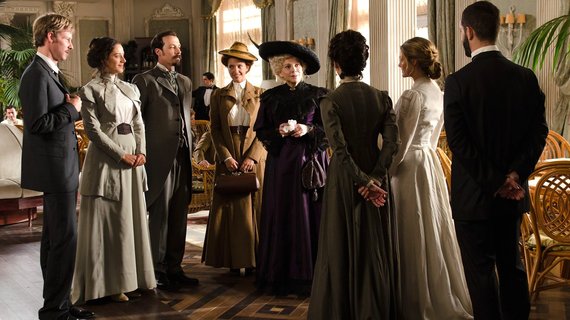 The decorous 1905 clothes cover up seething passions: revenge, adultery, jealousy, lust, hatred, and much more. It's a festival of passionate crime, with a handsome, compelling cast and great comic touches to lighten the tension.

But the women in it do the dumbest things imaginable when faced with crime or criminals. Like the Alarcón daughter married to an impoverished Marquis. She finds someone stabbed to death in her beautiful suite. Does she scream? No. Does she run from the room? No. Does she call for the police who basically could set up a substation there? No. Does she even ring for a maid to bring her some tea or brandy to deal with the shock? No.

She picks up the bloody knife, and you think, "Sure, that's exactly what I would do if I found a body in my room-pick up the murder weapon." Of course she's discovered lurking over the corpse and arrested. 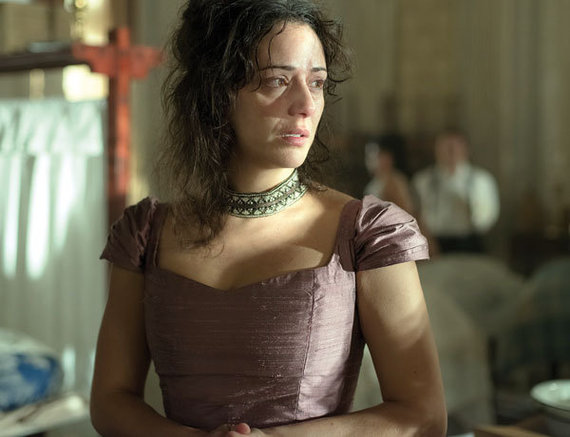 This happens all the time in TV crime shows and it's beyond stupid. Why would anyone do that, as opposed to, say, check a pulse to see if the person might be alive?

Then there's an altercation in another episode where a blackmailing thug is wounded in the hotel office but escapes. Well, supposedly. We see blood inside the hotel and assume he's hiding there (if we're veterans of reading or writing crime fiction). One of the guests who's a family friend goes to her room and when she closes the door, finds blood on her hand from the French-style door handle. Does she flee? No way! Unarmed, she creeps forward into the room, oh-so-slowly, to see who's there. What she does is doubly unbelievable because she's a lawyer and one of the smartest, most independent-minded characters in the show. Of course she's taken captive by the gun-wielding miscreant. 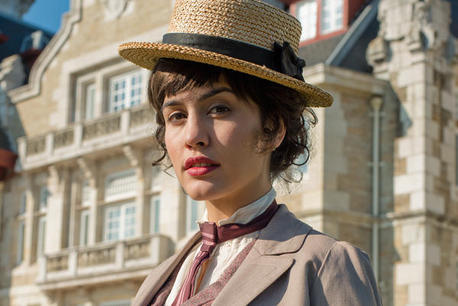 If that isn't bad enough, another woman who's been abused by a villainous husband who's not everything he claims to be and has locked her in a secret cavern and has threatened to keep her there until she reveals the identity of her lover manages to escape and lock him up. Revenge is very sweet. So now she's holding him captive, urging him to sign annulment papers to release her from their hateful marriage. When she checks on him at one point to gloat and press him about the annulment, she finds him outside the cell and wounded, with a gun by his side. You guessed it: she picks up the gun and is instantly arrested and accused of having shot him by the police who just happen to be there. 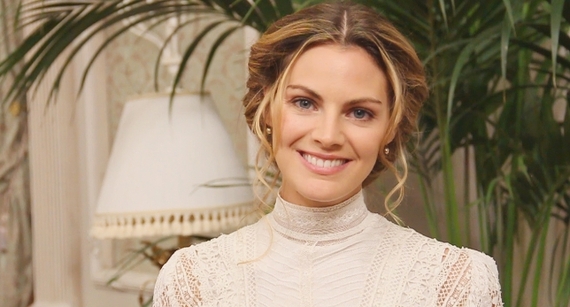 Obviously the screenwriters privileged the plot over believability in each case. By doing so, they made otherwise intelligent characters seem moronic. I've seen it happen in TV show after show, and all too often it's women who end up making all the wrong moves.

Lev Raphael is the author of 25 books in genres from memoir to mystery including The Edith Wharton Murders. This blog originally appeared at Mysteristas.