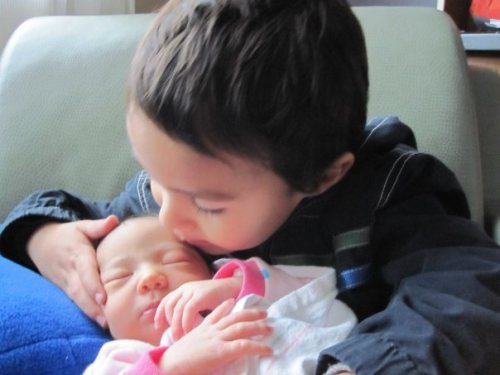 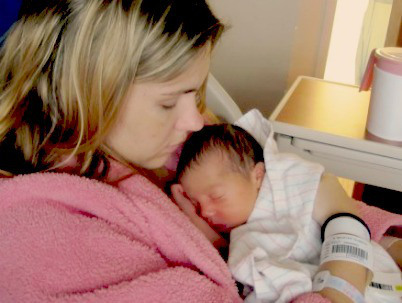 And then I joke about how my uterus is throwing a tantrum or how I might "accidentally" flush my birth control down the toilet and then "accidentally" have sex with my husband.

I do not want more kids. Not even a little bit. Sometimes I don't even want to be around the ones I already have. Geez, there it is now, right out in the open. What a horrible person I am.

I feel like something might be wrong with me. All my friends who have one, two or even three kids are either talking about how they definitely want more babies or at least how they yearn to have more babies but can't because of fill-in-the-blank-with-some-incredibly-legitimate-reason. The baby-making urge is a deep hunger, a primal soul fire that can't be extinguished.

Why don't I have this urge? There are days that I basically just tolerate my children. Sometimes I tell them to go away and leave me alone. Sometimes at dinner I flat out refuse to get up and get the ketchup.

I don't like it when they touch me too much. If they're snuggling with me, I want them to be still. I don't think it's cute and fun when they wiggle all over me. It feels like someone is intruding upon my personal space, or like I'm being stabbed. They have sharp elbows.

And I don't like too much noise. Sometimes I shush my kids when they're making normal kid noises. I'm cooking and they're chattering like a pair of chipmunks (chipmunks on crack) and I say "SHHHH!!!!!!" Sometimes I catch myself and say, "I don't know why I just told you guys to shush. You're fine. Carry on." But I often don't realize I've done it until it's too late and then? I've shushed them just for existing. Horrible.

Okay, truth: When I see a little baby, I want to hold it. Unless it's crying, then never mind. But even if it's in perfect condition, I still want to give it back to its mother when I get sick of holding it because dammit I have other shit I want to do with my hands. I also will probably be moderately grossed out if it pukes on me. I won't freak out or anything, I mean for God's sake how many times have I caught puke or shit in my own desperately outstretched hands? But yeah, I will for sure pass back a baby if he yacks on me.

I am done being a yack catcher.

Am I cold and heartless? Do I lack something important, something essential, in the nurturing department?

I admit I have some fond memories of breastfeeding. Cuddling. Mid-suckle smiles. (Those were pretty great.) Oxytocin. Oxytocin is good stuff, y'all. But honestly? I remember a lot of the trauma, too. I cracked and bled, cried and screamed, yes screamed in my innocent infant's sweet face. My husband said, "Honey, you can't keep screaming at the baby," and I told him "GO GET ME A PAIR OF PLIERS SO I CAN RIP YOUR NIPPLES OFF!" I wasn't allowed to be done with the touching when I wanted to be done with the touching. I was a milk slave who, by the way, never did produce enough milk. I still secretly wonder if I somehow gave Lucas ADHD by screaming at him when he latched on. Maybe the trauma altered his brain chemistry.

When I think of myself with a baby, I imagine myself haggard, unshowered, and reeking of spoiled milk. I remember being a shadow of myself. I was a nothing, a nobody. Just a vessel pouring my soul into another human being.

I loved them, though. I remember being happy. I don't remember feeling resentful at the time, or at least not abnormally so. I enjoyed my kids' babyhoods.

I just don't ever want to do it again.

Now that my kids are older I can say "I'm going to have a shower, kids!" and be reasonably confident that during those ten minutes I'm in the shower no one will choke and die, stick their finger in an electric socket or fling themselves down the stairs. Getting ready to go to the pool goes like this: "Get your swimsuits and a towel, kids!" The store: "Get in the car!"

I don't have to buckle anybody's seatbelt. I'm really close to not having to tie anyone's shoes. My oldest knows how to make breakfast--bagels, cereal, fruit. I can take naps now (NAPS! OHMIGOD!), and they will read or play Legos or video games while I sleep. There were times during the baby years I would have given my left boob for thirty minutes of sleep.

When we travel, I do not have panic attacks. The kids have DVD players and books to keep them occupied and no one is going to shoot liquid shit up the back of their car seat. THERE ARE NO CAR SEATS. Just boosters now.

When they need to puke, they know ahead of time, and they go to the toilet or grab something to catch it. Little puke geniuses, these guys. I love them.

I loved them when they were babies, too. But I have zero urge for another. I like these ones I have, just these two, and part of the reason I like them so much is because of how independent they're becoming. I'm done being a martyr, done feeling like a shadow.

If there is something wrong with me, I don't want to fix it. 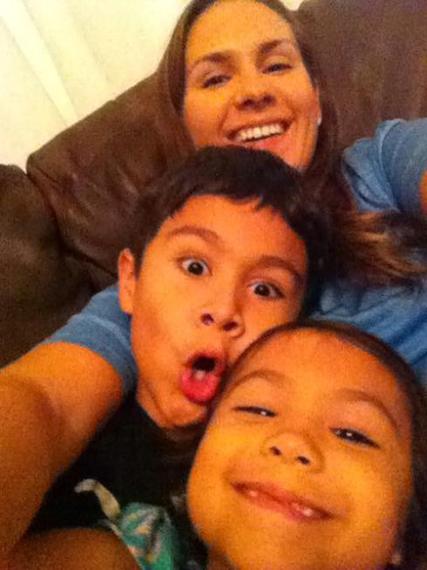 Find more from Kristen Mae on Facebook and at her blog.