They do. But it doesn't make the news. Bad news, such as terrorist attacks, is news. Good news is not.

Immediately after the San Bernardino shootings, Hussam Ayloush, executive director of the Council on American-Islamic Relations in Los Angeles, said, "The Muslim community stands shoulder to shoulder with our fellow Americans in repudiating any twisted mind-set that would claim to justify such sickening acts of violence." Tahmina Rehman, president of Buffalo's Women's Auxiliary of the Ahmadiyya Muslim Community, criticized the shootings, noting that those who are truly faithful to the Quran live lives of peace and humility. Roshan Abbassi, an assistant imam at a San Bernardino mosque, said: "We are all against terrorism. ... We all want peace." Saira Khan, the sister of the shooter, said, "I believe that that's not Islam. Islam condemns killing or hurting of anybody. Any person."

Let me be clear: Muslims denounce both terrorism and radical Islam. "Moderate" is a misleading modifier for a religion that rejects the killing of innocent people, women and children, old people, and those fleeing combat. And the Quran is clear: there is no compulsion in matters of religion (Al-Baqara: 256).

According to the Quran, war is only for self-defense (Al-Baqarah: 190) and Muslims are instructed not to incite war (Al-Hajj: 39). Abu-Bakr, the first Caliph following Prophet Muhammad's death, gave these instructions for (defensive) war: "Do not betray or be treacherous or vindictive. Do not mutilate. Do not kill the children, the aged or the women. Do not cut or burn palm trees or fruitful trees. Don't slay a sheep, a cow or camel except for your food. And you will come across people who confined themselves to worship in hermitages, leave them alone to what they devoted themselves for."

Any religious group can rationalize its worst instincts, impulses and fears from within its own religious tradition.

Muslims can and should denounce ISIS's perverse misappropriation of the Quran and the Hadiths to inspire terrorism.

In 2001, thousands of Muslim leaders around the world immediately denounced Al Qaeda's attacks on the US. On September 14, 2001, nearly fifty Islamic leaders signed and distributed this statement: "The undersigned, leaders of Islamic movements, are horrified by the events of Tuesday 11 September 2001 in the United States which resulted in massive killing, destruction and attack on innocent lives. We express our deepest sympathies and sorrow. We condemn, in the strongest terms, the incidents, which are against all human and Islamic norms. This is grounded in the Noble Laws of Islam which forbid all forms of attacks on innocents. God Almighty says in the Holy Qur'an: 'No bearer of burdens can bear the burden of another' (Surah al-Isra 17:15)."

Fatwas have been declared against extremism and spiritual jihads announced against terrorism.

I recently invited the Ministers of Religious Affairs, both advisors to their kings, in two Middle Eastern countries to participate in a joint Muslim-Christian-Jewish project on science and religion. They both graciously responded, praised the project, and then declined to participate because they needed to focus all of their efforts on preventing the radicalization of their young people. In short, they were fighting ISIS.

Nahdlatul Ulama (NU), the largest Islamic organization in the world with 50 million members, has launched a global anti-extremism campaign. NU has been working hand-in-hand with the Indonesian government since 2002 to defeat extremism (Indonesia is the largest Muslim country in the world).

The Center for Islam and Religious Freedom is well embarked on an international campaign against extremism.

The U.K.'s Muslim Youth League has declared an "ideological holy war" against extremism.

Thousands of Muslims around the world have posted counter-narrative videos, in the #NotInMyName campaign, denouncing ISIS's misrepresentations of Islam.

WORDE, headed by Hedieh Mirahmadi, is battling both the Western Islamophobia and the local socio-economic conditions that encourage young people to radicalize.

I could go on and on. Muslims, like most of us in the US, fear ISIS. There is a legitimate self-interested motive in their denunciations--Muslims are vastly more likely to be the victims of extremist violence than non-Muslims. And they overwhelmingly do NOT want to live under ISIS's merciless rule.

We need to fight alongside our Muslim brothers and sisters against our common enemy, ISIS.

Bombing may appease our immediate anger at the Paris and San Bernardino terrorist attacks but it is an irrational, ISIS-empowering response.

The problem with bombing is that we don't really bomb ISIS in Syria because we aren't so sure of their locations and bombs are not very precise. In reality, we bomb cities with mostly civilian populations. In short, just as we did in Iraq, we are killing and displacing innocent people, with countless innocents dying for every enemy casualty. While the US concedes 165,000 Iraqi civilian deaths, the real number is likely between 500,000 and 1,000,000.

And killing and displacing innocent civilians is the best advertisement available to ISIS recruiters.

We should and need not fear Muslims. They are our friends and allies. They are more invested in the battle against ISIS than we Westerners are.

And anger should not cloud our better judgment. Dropping bombs in Syria creates enemies and alienates allies.

We do need to think hard and together about how to fight against our common enemy, ISIS, a violent perversion of Islam.

PHOTO GALLERY
Victims of the Paris attacks named
Download
Calling all HuffPost superfans!
Sign up for membership to become a founding member and help shape HuffPost's next chapter
Join HuffPost 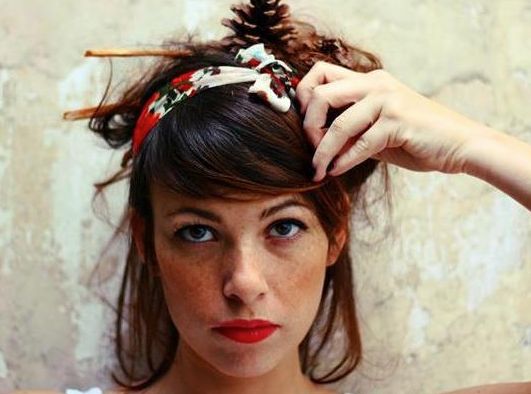