I love football. Growing up watching my mom play with the boys in our neighborhood, it was inevitable. Not only was she was the only female who played, she played quarterback, receiver and cornerback. Today, many ask me if it was my dad or a significant other who instilled in me my love for football. When I tell them about my mother, they simply nod their head in agreement. There's instant respect when one learns that a woman can hold her own in the male-dominated world of sports.

So, when I read about Dr. Jamie Naughright's career as an esteemed athletic trainer and director, my respect for her was also instantaneous. She served as the Director of Health & Wellness for the Men's Athletic Program at the University of Tennessee and had more tenure than most of the football staff. While there, she developed widely acclaimed student programs, presented academic papers and worked as an instructor. She also implemented community projects and raised funds for local charities.

But, according to an article written by Shaun King and court documents filed in Polk County, Florida (embedded within the article), Naughright's career took a drastic turn when was sexually assaulted by Peyton Manning in 1994. For those of you who don't know who Peyton Manning is, he is the quarterback for the Denver Broncos, an NFL football team. The Broncos recently won Super Bowl 50 and recent news of Peyton's old assault case spread quickly, immediately tarnishing his squeaky-clean image.

In the midst of all the talk about Manning, one can easily lose focus of the example Dr. Naughright has set for women who work in a hostile environment. Not to lose sight of those lessons, they're outlined below:

She reported her abuse.

As a sexual abuse survivor, I'm always amazed by women who have the courage to speak out. Most of us fail to do so out of fear of retaliation or the belief that the accused won't be brought to justice. And it would have been easy to conclude that Peyton would never be brought to justice. Yes, he was only a college freshman when the attack occurred; but he was considered the golden boy quarterback destined to play in the NFL like his father, Archie Manning.
She fought back.

After she won her sexual assault lawsuit, the judge had both parties sign a confidentiality agreement. In 2001, however, Manning broke the agreement by publishing a very different version of the incident in a book titled, 'The Mannings'. By then, Dr. Naughright had built a successful career at Florida Southern College. Copies of the manuscript were mailed there and her boss subsequently read it. She was eventually let go. (She hasn't worked for a college athletic department since.)

Instead of going away quietly, she filed a defamation lawsuit against Peyton Manning, Archie Manning, the ghostwriter John Underwood, and the publisher Harper Collins. She won with the judge concluding that Manning's account in the book were concocted. (The book is still being sold today.)

She maintained her professionalism.

Dr. Naughright performed her duties and displayed impeccable character at both the University of Tennessee and Florida Southern College despite the harassment and tension. At the University, Naughright testified that Manning deliberately reenacted the sexual assault on other student athletes to harass her and would call her a "bitch" in front of other athletes. And at Florida, controversy over the contents of the book caused undue stress in the workplace.

Despite the harassment and tension, peers and players from both institutions testified that she was always "professional and proper" in her conduct, appearance, and demeanor. As a matter-of-fact, Lawrence Johnson, an Olympic silver medalist and gold medalist at the World Indoor Games, testified that in the 10 years he had known and worked with her, he had not heard her say a single, vulgar word.

Graciousness has almost become old-fashioned; just look at the TV lineup. Yet, Dr. Naughright's graciousness throughout her ordeal should serve as an example for us all. I believe because she remained professional and performed her job impeccably, student athletes defended her and refused to lie for Peyton Manning. If she had displayed the behavior he accused her of, she might not have won either lawsuit.

You don't have to love or even understand football to know why she's my shero. And why she should be yours too. 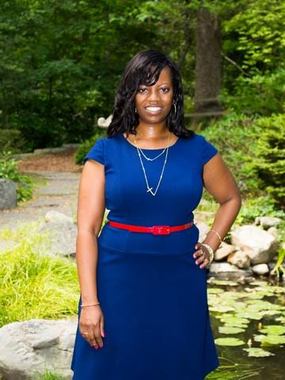 Elona Washington serves on the speaker's bureau for RAINN (Rape, Abuse, Incest National Network) and shares her story of child sexual abuse, inspiring victims to live as survivors. She was featured on the HuffPost series "Speaking Now" and contributed to the HuffPost Live discussion "What Justice For Sex Crime Victims Looks Like." She is also co-author of the best-selling book, "20 Beautiful Women" Volume II.

Elona's most current project works to encourage sexual assault victims to safely tell someone. Help raise money to support them.