In the modern era of LGBT civil rights, transgender inclusion in employment nondiscrimination bills has been the proverbial elephant in the room. The subject drove a deep wedge between the transgender community and the LGB community in 2007, when the Employment Non-Discrimination Act (ENDA) bill was stripped of gender identity language in order to get it to the floor for a vote. Proposed ENDA bills since then have included gender identity but have not had the support necessary to make it to a vote in the House or Senate.

There has been some progress in the past decade for transgender people in the workplace. In 2002 only 5 percent of the companies that participated in the Human Rights Campaign's (HRC) Corporate Equality Index (CEI) had gender identity included in their corporate equal opportunity statement. By 2013 it has risen to 84 percent. Since 2002 a host of legal cases have begun to clearly establish that discriminating against transgender people falls under Title VII of the 1964 Civil Rights Act's prohibition against discrimination on the basis of sex. Smith v. City of Salem, Barnes v. City of Cincinnati, Schroerer v. Library of Congress and Macy v. Holder have more or less established this as the dominant narrative in case law. Glenn v. Brumby took it a step further, with the 11th Circuit ruling that the equal protection clause of the 14th Amendment also applies.

Those who oppose ENDA or oppose transgender inclusion in it for political purposes ask why we need it when it seems like the transgender community has all these things going for it as it is. The short answer is that we desperately need it because what we have in place is not preventing massive and widespread discrimination against transgender people. 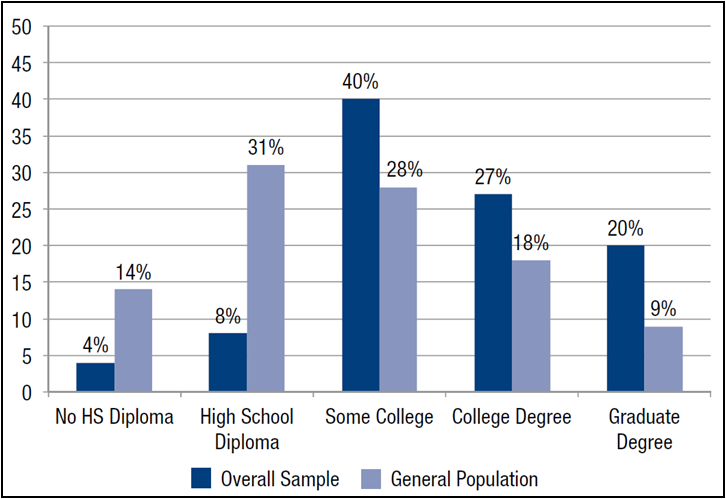 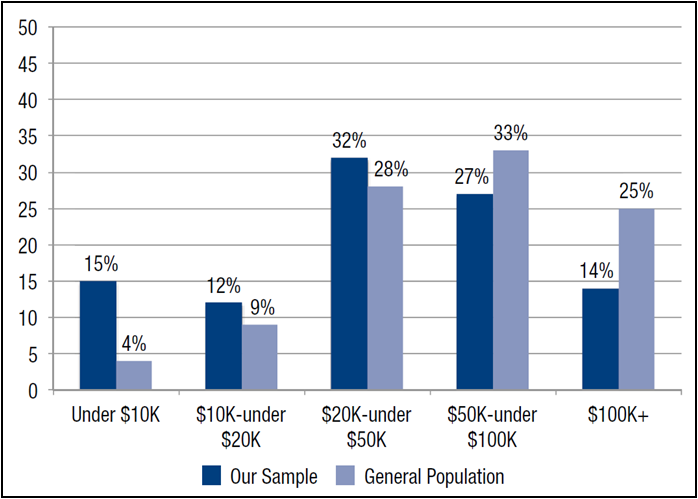 When you look at the graphs above, something should jump out. Transgender people are more than twice as likely to hold advanced degrees as the general population. They're 50-percent more likely to hold an undergraduate degree. And they're also making far, far less money than the rest of the population. The same study also revealed that the transgender unemployment rate is twice the national average.

Better-educated but making much less? It is not supposed to work like that. Statistically, there is usually a strong correlation between education and income level, but not for transgender people. The system is broken, and Occam's razor tells us that the answer is likely what we would expect: Bias against transgender people prevents us from getting jobs, gets us laid off when we transition and keeps us from being paid our fair market value.

Anecdotes from friends tell the same story. One trans woman was a model employee and was described as being the best in her division in an evaluation just prior to coming out. A few months later she told management about her upcoming transition. Suddenly her evaluations turned negative, and she was written up for trivial infractions. Eventually she was fired. The only thing that saved her from abject poverty was taking the firing to arbitration and receiving a settlement to go away quietly, so as not to endanger the company's CEI rating with HRC.

Another trans woman described how she tried to transition as professionally as possible. She worked with HR, supervisors and management and meticulously helped them plan for it. Then, not long after she had established a transition plan, management announced a realignment of her division. She was the only person out of 14 who wasn't placed elsewhere within the company immediately. She applied for 50 other positions within the company, including one with Diversity and Inclusion (D&I). She was rejected for all of them. She was released this week and is considering pursuing legal action.

Yet another told how she was fired before the end of her first day at a new job because someone in the office recognized her as someone they knew from before she'd transitioned.

What all these individuals have in common is that their companies had equal opportunity policies that supposedly protect against discrimination on the basis of gender identity. It obviously wasn't enough.

The goal of ENDA legislation is not to generate more lawsuits, though. People can do that already. The goal is to prevent the discrimination that results in lawsuits.

If you have reached the point where an individual has been fired, and the matter is turning into litigation, it means that the situation has already become a lose-lose situation for everyone. The company has lost an employee whom they will have to replace at cost. They risk damaging their reputation as a fair employer. There will be expenses associated with defending themselves. They may incur further costs if the arbitration or the case goes against them. The employee has to go through the nightmare of pursuing legal action and dealing with the financial burden of unemployment and all the stress that comes with it. They also risk becoming unemployable, because there is a tort out there with their name on it.

Many managers, HR and D&I aren't aware of the ramifications of Macy v. Holder. They don't know what the case law precedent for transgender people in their local circuit court of appeals is. They may not know city or county ordinances. They just know that there is no law protecting transgender people overall.

When the 1964 Civil Rights Act passed, it had a remarkable effect on American corporate culture over time. Everyone now knows that you can't use a racial epithet at work or fire someone when you find out that they're Jewish. In order to help build a more equitable environment for transgender individuals, we must establish a similar mindset when it comes to gender identity. The only way to do so is by passing ENDA. We need to pass it not just because it is the right thing to do but that it is necessary to address the severe and ongoing problem of discrimination against transgender people in the workplace.