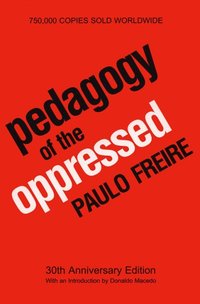 Paulo Freire, author of the seminal 1970 book Pedagogy of the Oppressed, saw the world not as a given reality, but as "a problem to be worked on and solved." That mindset is a quality we attribute to the greatest social entrepreneurs. Yet, when so many well-intentioned social ventures globally seem to leave individuals dependent on aid instead of empowering them, Freire's book should be required reading for every social entrepreneur.

While many in the social enterprise space are now excited by what we call "empowerment non-profits," "human-centered design," and "co-creation," Freire and others working in activism and participatory development have been advocating for working with, and not for, the oppressed for more than 50 years. Furthermore, our culture of glorifying the social entrepreneur through awards, praise, and aspiration is contrary to the values of liberation. Based on the understanding of oppression and liberation from Pedagogy of the Oppressed, the role of the social entrepreneur would not be to act as liberator of the oppressed, but to work with the oppressed in the liberation of themselves and their oppressors.

Freire describes oppression as an unnatural state of "living death: life which is denied its fullness." As we consider oppression in the context of the world today, the oppressed are those denied basic dignity and equality in rights to housing, employment, education, health, or politics; they are slaves; they live in a culture of domination or neo-colonialist society; and/or they are denied critical thought and a language to express their current reality and an ability take action in their own liberation.

The book explores a pedagogy--literally meaning the art of teaching--for working with the oppressed, and it's a pedagogy as opposed to a business plan because education is the vehicle for liberation. Freire's pedagogy calls for critical thinking and collaborative learning, in contrast to the more common "banking model" of education where a student is considered an empty object to be filled with knowledge by the teacher. 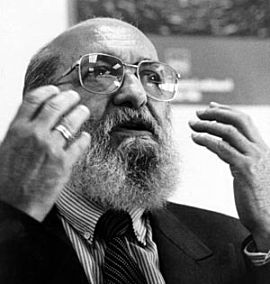 Freire believed that with the proper education and tools, individuals could perceive and become critical of their reality and in the process of critical understanding teach each other, instead of relying on what he describes as the paternalistic teacher-student relationship. The developed perception that the oppressed has a "limiting situation," which they and only they are capable of transforming, must be the motivating factor for their liberation. By tackling the myths of an unchangeable reality that are perpetrated by the oppressors, and by gaining literacy (literally) and a language for their reality (figuratively and literally), the oppressed can become "'creators of culture'"--'I work, and working I transform the world.'" This radical transformation sees the transition of the oppressed from objects to makers, and "they are more likely to decide to take upon themselves the struggle to change the structures of society."

Beyond the initial mindset shift in thinking about oppression and liberation, here are four lessons social entrepreneurs can adopt from Pedagogy of the Oppressed into their work:

Ultimately, we learn from Freire that any action taken by social entrepreneurs and leaders within oppressed communities needs to be "in communion with the people"--"a human, empathetic, loving" action that is true to liberation.

I've provided an overly simplistic summary of Pedagogy of the Oppressed but I'd encourage you to read the short book if you care about social change. Read it, not for a detailed list of steps to take, but because it will inform your ideology about why you work in social entrepreneurship, and how you work with others to challenge the status quo.