When I began writing in this spot three years ago, the headline of my very first entry was, "Getting Enough Sleep Is Smart, Not Selfish."

That post went up at a time when Americans were beginning to focus more on a good night's rest. The subject came into a sharper focus, in part, because wearable technology gave us some specifics. Forget the anecdotal evidence of whether we slept well; with the touch of a button, we could know what time we fell asleep, how long we were out and how often our sleep was interrupted.

The study of sleep -- and conversations around it -- began gaining traction. Among those paying keen attention were the folks at the federal government's National Heart, Lung, and Blood Institute.

It makes perfect sense. The institute's mission statement is to "enhance the health of all individuals so that they can live longer and more fulfilling lives" and sleep is a valuable component.

Dr. Lenora Johnson is Director of the NHLBI's Office of Science Policy, Engagement, Education, and Communication. It is my pleasure to turn this spot over to her to continue this conversation with a focus on the importance of women getting the proper amount of sleep. 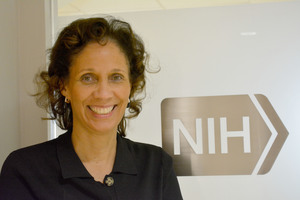 One of the great joys of working at the National Heart, Lung, and Blood Institute (NHLBI) is being able to see the cutting-edge research we support as it's emerging. It's truly exciting science, and over the years a lot of it has made a profound difference in how we prevent and treat heart, lung, blood and sleep disorders. No wonder then, that whenever I meet a researcher who's doing particularly intriguing studies -- studies that seem especially relevant to me or my family -- I sit a little higher, listen a little longer. These days I've been intrigued by the work of Dr. Phyllis Zee, one of the premier sleep researchers in the country.

Dr. Zee is the Director of the Center for Circadian and Sleep Medicine at Northwestern University's Feinberg School of Medicine. For some years now she's aimed her research lens at women, to figure out why so many of us are sleep-deprived, with more than 30 percent saying we sleep six hours or less each night. In fact, women are twice as likely as men to suffer from insomnia. She's seeking to identify problems that poor sleep might be masking, and to clarify what this means for our overall health, particularly our cardiovascular health.

"It's true," Dr. Zee said. "And it's not a big surprise if you look at the ads for sleeping pills. Who are they targeting? Women who are having difficulty falling asleep and/or getting up in the night!" 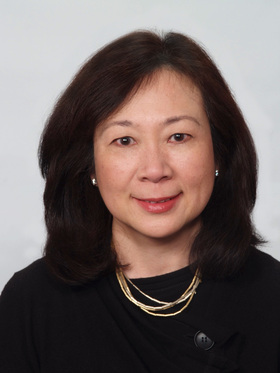 Over the years, says Dr. Zee, women's insomnia has usually been associated with lifestyle and hormonal changes, which highlights just how vulnerable women are to sleep disruptions across their lifespans. We experience changes from the time our periods begin, through pregnancies, child-rearing, working, and then into midlife, when we're full-throttle into menopause, often just in time to become caregivers to our parents.

All of these physical and social changes -- and yes, demands that include a fair share of sleep deprivation, stress, and worry -- can wreak havoc on our sleep quality. And, according to Dr. Zee, they do.

But what if our restless nights and short sleep spurts are not just about hormones, or heavy and constant stress? What if they're related to sleep disorders such as sleep apnea, a serious condition long associated with men, that's marked by interruptions in nighttime breathing and puts one at a big risk for hypertension, stroke, diabetes, and heart disease?

When Dr. Zee began thinking about that question a few years ago, it was a relatively new thought, she says. But she knew she was on to something when she and her colleagues decided to look at sleep quality and sleep disturbances exclusively among pregnant women. Using questionnaires from a larger study of 10,000 first-time moms-to-be, they zoned in on 3,700 women and, partly through a sleep study grant from NHLBI, happened on something troubling. While many of the women had some kind of disordered breathing, they found that even simple, frequent snoring and sleeping for short periods put the women at considerable risk for gestational diabetes and hypertension, which research has shown can lead to adverse pregnancy outcomes.

The findings were more surprising than Dr. Zee had imagined.

"This could really be a game changer," she said. "This type of data very likely could lead to how we take care of pregnant women because it puts sleep as one of the important questions we need to be asking during pregnancy."

In a follow-up study funded by NHLBI, Dr. Zee and her colleagues are looking at a number of those same women to find out if their sleep disturbances put them at higher risk for cardiovascular disease later in life.

"In other words, can symptoms in pregnancy be a window to future cardiovascular disease?" Dr. Zee asked.

Dr. Zee adamantly posits that all women, particularly menopausal women, should become more aware of the hazards of insufficient sleep and sleep apnea, which goes undiagnosed in women 90 percent of the time. That's in part because current screening tools were largely designed for and validated by men, and many women don't have the classic symptoms, says Dr. Zee. For this reason, doctors often miss the mark.

"They have focused more on sleepiness, which is something women may not be complaining about, or [large] neck size, which women don't really have, or being overweight," said Dr. Zee. "They're not looking so much at insomnia, or fatigue or mood disturbances."

Dr. Zee says when women present as insomniac, or complain about disrupted sleep, their doctors need to be asking: Do you snore? Is it loud and frequent, like three nights a week? Are you aware that you stop breathing or are gasping out loud, or are you waking up with a dry mouth, or going to the bathroom frequently? If so, or you're not sure, she strongly advises getting a sleep study, or at least trying a sleep app on a smartphone or tablet that can monitor your breathing.

If you have no symptoms, Dr. Zee says be honest with yourself about how you're making it through the day. If you're getting foggy-eyed during work, and especially if sleepiness is impacting daytime functioning, that's a sign that you've long been sleep-deprived. And getting good quality sleep is the only answer.

Dr. Zee says research has shown that on average seven to eight hours is needed for your body to function properly. So take the advice you've long heard and go to bed at a regular bedtime and don't deviate more than an hour. She also strongly urges something that surprised even me: get lots of bright, natural light into your day, especially in the morning, because it helps synchronize your biological rhythms and makes a difference at night. Dr. Zee says if you exercise outside in the morning -- because exercise is critical to good sleep -- all the better. Even when you go work, sitting near bright light if you have access to a window can be sleep-wise.

Once evening comes and you're preparing for bed, begin dimming the lights and relaxing.

"And I mean really relax!" says Dr. Zee. That means shutting down anything that has a screen -- TV, computers, tablets, phones, because that kind of light suppresses secretion of melatonin that helps our sleep.

Because the most serious effects of poor sleep habits can take years to show up, Dr. Zee says we must all start now taking our sleep health seriously.

"Be proactive," she says. "Sleep is so very important. It's what I call the fifth vital sign, and we can't ignore it."