When Gone Girl burst onto the scene in 2012, with its intoxicating tale of marriage gone wrong and its fist-pump-inducing rant on the Cool Girl, the stage was soon set for many future thrillers to be blurbed as “the next Gone Girl.” The Girl on the Train, a recently published literary mystery by Paula Hawkins, has been honored with such comparisons in the course of its buzzy climb to number one on the bestseller charts.

It’s a reasonable comparison: Both deal with the treacherous dynamics of marriage and the damaging effects of internalized misogyny, and, of course, feature highly unreliable narrators. The breakout success of The Girl on the Train, just a few years after Gone Girl, suggests readers aren't done with narratives that manage to marry thrilling plots with thoughtful critiques of cultural norms -- particularly those that place damaging weight on women. In a genre often dominated by spy procedurals and male writers from Elmore Leonard to Stieg Larsson, the recent wave of female-focused thrillers shows a thirst for the drama found within women's domestic lives, and the promise of the genre to unearth the roots of women's pain and trauma.

The girl on the train is Rachel, a lonely, alcoholic divorcée who rides the train to and from London each day, hoping to keep her long-suffering roommate from discovering that she’s been fired from her job. The train, cruelly, passes each day by the house where she once lived with her adored ex-husband, Tom. He still lives there with the woman he left her for and their small child. Rachel directs her focus a few houses down, where another young couple lives, envying their seemingly blissful partnership. One day, she is shaken by what she sees at the couple’s house -- and soon after, the wife disappears. Rachel, convinced the event she witnessed is relevant to the case, is quickly drawn into the mystery, but her debilitating alcoholism and the blackouts caused by her binges make her an unreliable witness, untrusted by the authorities and even by herself.

The recent wave of female-focused thrillers shows a thirst for the drama found within women's domestic lives, and the promise of the genre to unearth the roots of women's pain and trauma.

Rachel’s narration -- which is often painful to read, as we watch her struggle through relapse after relapse and clutch desperately at memories hidden in the fog of drunken nights -- alternates with the narratives of the two other women in the story. Megan, the vanished wife, tells an earlier story, one that complicates Rachel’s golden vision of her life with husband Scott. Compulsively unfaithful, guilt-ridden, and lost, Megan seems to be the flaw in the perfect family the two of them could start. Anna, Tom’s new wife, is a striking contrast to the other women; vain, smug, and entitled, she misses being his fun, sexy mistress but is pleased to have won out. Her love for their child, and fear of unpredictable Rachel, adds some depth to her shallow character.

It soon becomes clear, however, that Rachel’s blackouts and shoddy memory are hiding something far darker than a few irresponsible nights, and we’re left to wonder who among the tenuously linked characters are safe from the secret behind her binges. Hawkins keeps the tension high, right up until the perhaps slightly over-dramatic conclusion -- but if the final scenes are slightly absurd, the pay-off, at least, is fantastic, answering every moment of delicious suspense that’s built up throughout the novel.

Hawkins’ novel blew in with a small flurry of new literary thrillers by and about women this January. Unbecoming, by Rebecca Scherm, follows an American antiques restorer in Paris with a guilty secret back home. Harriet Lane’s Her shows the slow-growing friendship of two women, one of whom seems to have a sinister ulterior motive. Hawkins’s book is the most deftly executed suspense novel of the bunch, however, melding poignantly real characters with truly pulse-pounding twists. A 2013 Guardian article unpacking the popularity of Gone Girl noted, “lots of thrillers take place in families or marriages, but few are so adept at inhabiting two genres at once.” Girl on the Train, likewise, neither lets down with its big reveals nor skimps on character development -- the plot and character arcs are so closely intertwined that the strength of each bolsters the other.

Gone Girl also, importantly, captured a bit of the feminist zeitgeist. Women knew Amy Dunne was a sociopath, but still nodded with satisfaction when she spat that “Cool Girls never get angry; they only smile in a chagrined, loving manner and let their men do whatever they want.” Women tired of being compared by their love interests to Jennifer Lawrence and coeds chugging beers applauded Amy's assertion that women have the right to make demands and have interests unlike their boyfriends'. Her ice-cold revenge plot, of course, suggested she was off her rocker, but at least she was strong, cunning, and in command.

The Girl on the Train wants us to think about why we hasten to dismiss women who seem broken and confused, when these qualities are often signs of a more painful backstory.

While Gone Girl fought back against female cliches of the accommodating victim or love interest with a cold, calculating villain, The Girl on the Train takes a less defiant angle. Rachel comes off as pathetic -- women won’t want to emulate her -- but Hawkins’ masterful deployment of unwittingly unreliable narration to evoke the aftershocks of abuse and trauma is an equally powerful way of exploring women's marginalization. Long after "Gaslight," the problem of how easily women can be manipulated to question our own perception -- how deeply we’re socialized to question ourselves and trust male authority -- remains. The Girl on the Train wants us to think about why we hasten to dismiss women who seem broken and confused, when these qualities are often signs of a more painful backstory.

The Girl on the Train, like Gone Girl, exploits the power psychological suspense novels possess to reveal unknown sides of ourselves to readers -- a strength that is peculiarly well-suited to the picking apart of stereotypes and oppressive social constructs. It's clear authors and publishers have seen the potential here; The Girl on the Train, Her, and Unbecoming are only a few of the female-focused mystery or suspense novels coming out in 2015, and many of them move past mere procedural to delve into the psychological pressures and pitfalls faced by women today. By using our assumptions about how women can and should behave to set up shocking plot twists, or by pushing these assumptions to the logical extreme, a thriller can make use of its genre conventions to undermine societal conventions. In these novels, within the gripping mystery at its heart, the inherent dangers of femininity in modern life are gently unearthed, dusted off, and presented for us to see clearly. As much progress as women have made in our society over the past century, it's clear that many of us are still hungry for this dramatic explosion of the sexism around us.

PHOTO GALLERY
15 Mysteries/Thrillers That Will Blow Your Mind

Books Mystery Thrillers Gone Girl The Girl On The Train 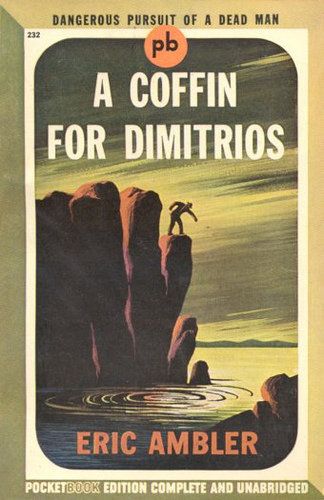