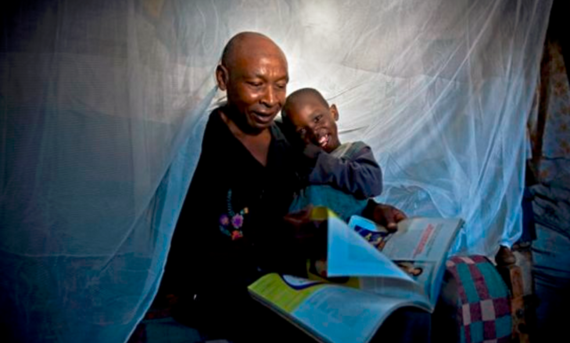 Neglected tropical diseases and other parasitic infections such as malaria affect the lives of hundreds of millions of people across the tropics and sub-tropics.

Each year more than 200 million cases of malaria are recorded across the globe. In total, an estimated 1.7 billion people require treatment for neglected tropical diseases. These include river blindness, snail fever, elephantiasis, sleeping sickness, among others.

Global efforts to eliminate parasites have only been partly effective because of limited resources. Proponents of the current strategies to eliminate malaria and neglected tropical disease parasites are right to say that we should use existing tools to save lives and prevent illness. But some parasites and vectors will have survived attack because they have evolved resistance.

The effects of parasite evolution

Parasite evolution occurs as a result of various types of pressure, such as drug-pressure on the parasites. This results in drug resistance. As a result of this process, there are selected strains of the parasite that have genetic mutations which resist efforts to be eliminated.

If a mutation confers a survival advantage to the organism it will start to spread through that population.

Over the past few decades, control programmes against malaria have been abandoned due to drug or insecticide resistance. More recently, mosquitoes have undergone evolutionary changes due to long-lasting insecticide-treated nets.

Night-feeding mosquitoes have started to bite more often during the daytime, and outdoors. The results of this change are that both parasites and mosquitoes are more likely to survive and spread the mutations through the generations.

The only way to stop a mutation spreading is to eradicate the organism. So there is real danger that using tools such as bed-nets and intermittent preventive therapy will be insufficient to stop evolutionary mutations spreading.

It's all about the ecology

The geographic distribution of parasitic infections including malaria and most neglected tropical diseases such as schistosomiasis is very patchy. Maps produced by epidemiologists and statisticians highlight this fact. There is variation in transmission not just at country or regional level, but quite often within communities.

For many infections we know the reasons for this variation. For example, the life cycle of schistosoma involves infections of humans and freshwater snails. The snails are sensitive to environmental conditions. Experiments and observations tell us that characteristics of the water are important factors in the population biology of the snails.

The information we get from ecological studies can be used to project what might happen in the future. For example, recent research suggests that global warming may even make some places become too hot for the snails to survive. We can infer from this work that climate change is likely to put a selection pressure on the snails.

Climate change is just one source of pressure on the life-cycle of parasitic infections. More broadly we must consider how environmental change might force evolution to occur among parasites, their vectors and their human or animal hosts.

Environmental change can be either man-made or due to natural processes. It includes interventions such as mass-drug administration programmes, bed-nets, insecticide, molluscicide and larvicide spraying, land-use change, extreme weather events, population increase and economic activities.

Even supplying low-energy light bulbs could have consequences. This type of light bulb emits blue light, which is more attractive to flying insects including mosquitoes. So species of mosquito that evolve to prefer blue light may affect patterns of disease as result of programs such as Energy Africa, which is promoting low-energy solutions for resource-poor people.

Can we stop evolution from occurring with only limited resources at our disposal? Probably not.

But we might slow it down by using current knowledge to ask the question: how must parasites and their vectors adapt to survive? This way of thinking is embedded into the discipline of evolutionary medicine - a subject taught in a few places, including my university, mainly not in terms of parasitic infections.

Evolutionary medicine offers a bridge between evolutionary theory and programme management. It can be used to do a "stress test" on a particular approach by identifying potential evolutionary pathways and presenting solutions that reduce the possibility of evolution occurring. Perhaps this information can be used to shape more effective interventions and look forward to a more sustainable and healthy future.

But by tackling the issue of how evolution may disrupt current efforts, we may have greater foresight and greater scope for sustainable control.