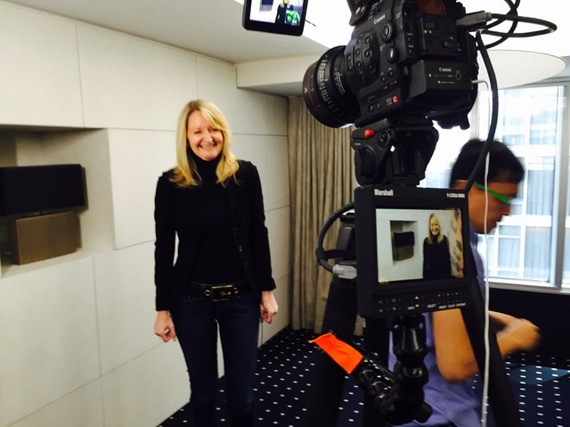 And they had the stats to back it up:

Facebook only started getting serious about video a year ago, but they already have an astonishing 4 billion daily video views -- as many as YouTube after 10 years.

In February of this year, 70 percent of the videos were uploaded directly to Facebook, as opposed to being links back to YouTube. A year earlier, direct uploads were only 25 percent.

There is no question that video is rapidly becoming the lingua franca of the Internet. Ericsson predicts that online video will grow by a 'staggering 55 percent per year' between now and 2020. Last month, Cisco predicted that by 2019, video will constitute 80% of web traffic.

That video is going to dominate the web, and mobile in particular, is quite clear. People already upload 300 hours of video Youtube every minute. And they are the ones who are falling behind Facebook!

But let's take a look at the Youtube/Facebook comparison -- because I think there is a very interesting lesson there for long-strugging and long-suffering newspapers.

What makes Facebook dominant, (and the reason that it is most likely going to win this competition for who is the best video platform) is that the videos on Facebook are integrated into the text. That is, they are not some stand alone 'Facebook Channel'. They are part of the text for whatever is being posted on Facebook. There is a natural, unbroken continuity from text to video (and to stills). It's all one in the same -- all the same content, and it makes no difference whether it is video or text or still photo for that matter.

YouTube is much more the child of conventional television. Old, dying linear television.

It segregates text from video.

This is the same thing that most newspapers do when they begin to incorporate video into their content. Because they have a lifetime history if being print, they tend to view video as something 'other'. An alien form of content that , if we must, may appear somewhere buried in the paper (paper being a rather archaic term now - as it is all online), but certainly not embedded into the story.

Take a look at NYTimes.com. The Times is one of the best newspapers in the world, but when it comes to video (and I think their videos are better than anything you can see on network television news), the Times' video is still segregated below the fold (so to speak) and off to the corner. A kind of NY Times TV Channel on the paper. The Times video can often be hard to find.

And of course, The Times is not alone. The Newark Star Ledger, New Jersey's best paper also happens to have the most amazing videos in the nation (for a newspaper). The team has now won 10 Emmys for their video in the past 4 years alone, beating out most of the local TV stations! 19 nomination alone this year. But go to their website and try finding the video. If you can find it at all, it is also segregated from the rest of the print.

This is a mistake.

In the digital world, there is no difference between video and print, between images and text. They are all digital content, simply presented in a different way. Any reporter who carries and iPhone can learn to acquire video while they are reporting in print. When it comes to publishing it, the papers should integrate the two - create a kind of digital tapestry that weaves from text to video to text to still photo to text to video as the storytelling demands it.

But to be completely accurate, that is what WE are doing when we post our videos and text on Facebook. We are doing it because it is the natural and organic way to tell people what we want them to know.

Newspapers would do well to listen up to their readership, while they still have one.