It's easy to assume that facts can stand on their own, that the mere existence of fact will win any argument or change someone's mind. This is hardly true, especially today. Facts need help. If we want facts to be more powerful and effective, we need to consider how we package and explain them.

Here's what I mean. Let's take a look at how we communicate. First we have the daily river of headlines, sound bites and talking heads. This is the front line of communication and it's very impactful. We'll call this the sound bite layer.

Just under this layer is the fact layer. Every headline and sound bite, let's assume, is based on facts that are independent of those talking about them. This may be the unemployment rate, climate data, documented quotes or voting records.

Most of what we see in the media comes from these two layers. New facts emerge, and headlines and talking heads describe and debate them based on their opinions. Despite the consistency of fact, everyone has their own version. Facts are reconsidered and spun. Questions arise. This debate can be healthy, but it also causes problems.

When Americans need to make a decision, facts sometimes lose out to sound bites and headlines. Conflicting versions of reality make issues seem complex and difficult to understand. We lose confidence that we can understand an issue enough to make an informed decision. This loss of confidence helps create more low-information voters, or cause people to simply tune out. This is not a good thing.

We need more higher-information voters. We need the American public to feel confident that they can cut through the rhetoric and evaluate facts and issues without being swayed by political spin. To do that, I think we need to change our focus.

There is a third layer of communication that has been neglected for too long: the fundamentals layer. This layer does something important to facts: it provides context and relevance.

Let's look at an example regarding climate change. The sound bite layer is full of spin and contradictions. Voters have a difficult time understanding which arguments are valid. It looks like this:

Under all the spin are facts. These facts are proven and important, but they often exist as data. Temperatures rose X amount. Policies were enacted on X date. The facts often lack broader context. 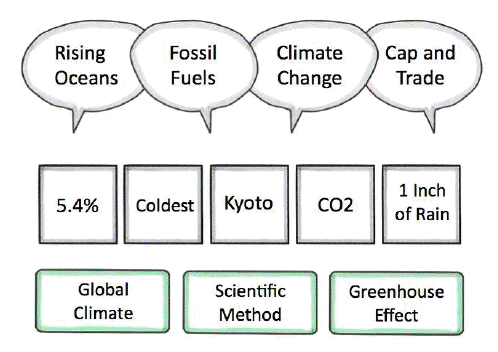 These two layers are important and often helpful. But they depend on more fundamental knowledge. For example, a discussion about climate science may not seem trustworthy unless one understands the basics of the scientific method.

What we forget is the fundamentals layer. It's too easy to assume that the voting public learned the fundamentals in school and might even still remember them. These assumptions strike to the heart of the problem. In the book Made to Stick, Chip and Dan Heath called this problem The Curse of Knowledge. When we understand a subject well, we lose the ability to imagine what it's like not to understand. We make incorrect assumptions about what people already know and then wonder why they're confused.

For this reason, I believe we must account for the fundamentals. We need people and media who will provide the much needed layer of context that helps people negotiate the spin and evaluate facts more confidently. We need explanations that inform people across all three layers.

By accounting for the fundamentals, we can offer voters a foundation that allows them to evaluate the facts more accurately and cut through the bias and spin.

An Example: The Electoral College

Let's consider the basics of the Electoral College. Every election cycle it becomes a topic of debate. The first two layers may look like this: 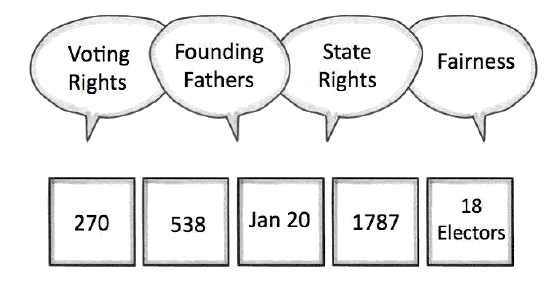 People who understand politics and government well may be able to make sense of the facts and spin and have an informed opinion about the system. But consider someone who is new to politics. How can we expect them to have an opinion based on this information alone? To feel confident about making an informed decision, they need the fundamentals layer. By understanding the basics and rationale behind the design of the Electoral College, they can see the facts from a better perspective.

Textbooks and Wikipedia are filled with fundamentals. They are available, clearly written and amazingly boring. Only the most devoted will likely read their way to understanding them. To make an impact we need to use media. We need to package these ideas into remarkable, multimedia explanations that attract attention.

Here's what I mean. The video below provides the fundamentals of the Electoral College system:

What if every major issue had an explanation like this that focused on the fundamentals without spin, political bias or misinformation? What if these were as ubiquitous as pundits or conflicting headlines?

Let me be clear -- this isn't a short-term fix or a simple matter of reminding people about what they learned in school. It's about equipping voters with engaging information that helps them cut through the noise and see facts in the context of bigger more fundamental ideas.

We need more explainers to make this happen. We need people who specialize in creating remarkable experiences that invite voters to learn the fundamentals quickly and effectively. By making explanatory media a priority we may be able to do something that helps us all: create more high-engagement, high-information voters who make more informed decisions.