Leaving aside the maniacs of the Men's Rights Movement for a minute, even people committed to women's rights have raised the sacrilegious idea in recent years that the f-word is old-fashioned and needs to be retired for something newer, snappier, and more inclusive. Quick, somebody hire a marketing department. Can we sum up an entire equality movement in an emoji? But all joking aside, should the word "feminism" be replaced?

I say no way -- and understanding where the word "feminism" came from is a necessary ingredient to understanding why other words just can't quite compete. Humanism, equalism, and other ideas have been suggested as replacements, by people as prominent as Meryl Streep, but if they really want a word that's all about fighting for the rights of women in the world, "feminism" is the best we've got, and there are good historical reasons as to why.

So here's why you shouldn't throw away your "This Is What A Feminist Looks Like" T-shirt or alter it to another word. The history of "feminism" as a word is a slightly twisted one, and it has some unexpected moments -- just like the waves of feminism itself. Words are strangely powerful things. Let's take a look at how the term feminism came to be -- and why it needs to stay.

Where The Word Feminism Came From 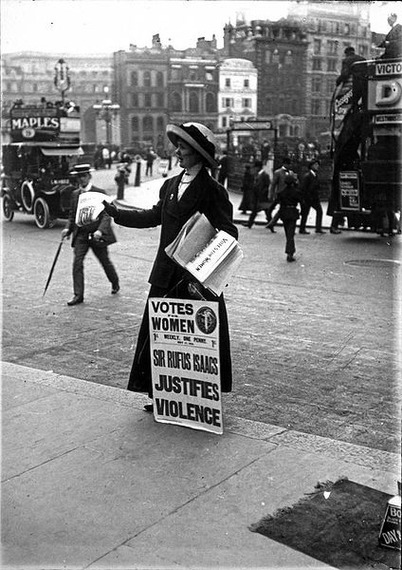 In a case of quite peculiar irony, the word "feminism," used by generations of women to explain their struggle for equal rights and opportunities, was coined by a dude. Charles Fourier was a French socialist philosopher of radical principles in the 19th century, and his term "feminisme" is the basis for today's term in English. And Fourier's own peculiarities have led to some people wondering if it's the right word at all.

Fourier didn't advocate for complete gender equality because, in his world, the sexes were too seriously biologically different to be treated the same. He was also a utopian thinker, and his conception of "ideal" human life was something like a Grand Budapest Hotel-like commune where workers changed their occupation up to eight times a day to avoid monotony. (Look, if we had to get rid of all the words in English that were coined by strange white dudes, we'd likely not have much to talk about.)

Luckily, his "feminisme" was quickly co-opted by activists, and started to show up in English. Hilariously, its first appearance was in The UK Daily News in the 1890s, "what our Paris Correspondent describes as a 'Feminist' group... in the French Chamber of Deputies," as a warning that the ideology could be extremely dangerous. And it came to the U.S. a decade or so later in an article by the French suffragist Madeline Pelletier (who, by the way, dressed fabulously in men's suits and bowler hats, and was the first female French psychiatrist).

Another interesting thing about the history of the word "feminism" is that, while huge swaths of women in history worked for feminist goals like women's voting rights and access to education, self-identification as a "feminist" was relatively rare until midway through the 20th century. People like Elizabeth Cady Stanton didn't use the word. The real boom for the word "feminist" in English came with feminism's "second wave," in the '60s and '70s. It's far newer in the mouths of English-speakers than you might think: only 50 or so years old.

The Current Controversy Over The F-Word 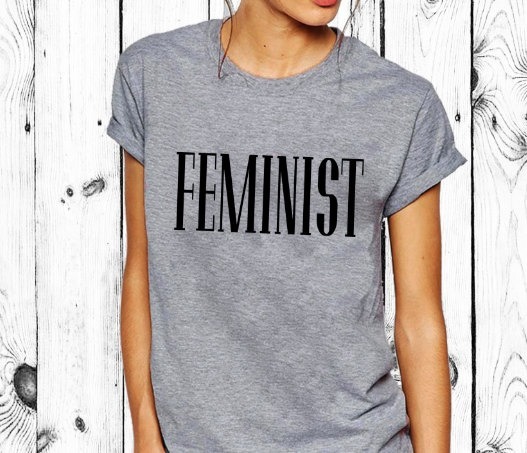 The word "feminism" has encountered a lot of chatter recently about whether it's "outmoded" or needs to be "upgraded" -- or, indeed, phased out. The arguments range from the utterly ridiculous ("sexism has been solved, we've got the vote, what's everybody complaining about") to the more serious.

Feminism is accused as a term of being old-fashioned, aggressive, insufficiently inclusive, not doing enough to solve sexism, and carrying too much baggage. People have suggested alternatives, like "humanism" or "equalism" -- but I think we need to hang onto feminism as a word, problematic as it is. Here's why.

Why "Humanism" Isn't A Good Replacement 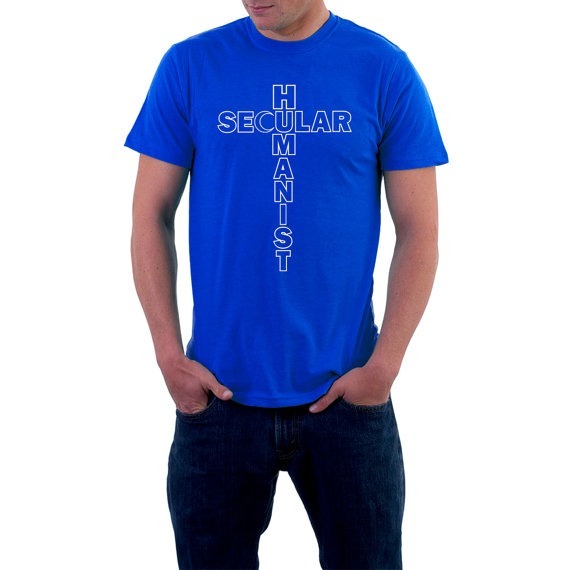 "Humanism" has been tossed around as a possible replacement for "feminist," on the grounds that it sounds the same but seems more inclusive of humanity as a whole. Sarah Jessica Parker has said, for instance, that "I'm not a feminist, I'm a humanist." So has Meryl Streep. The problem? Being a humanist isn't just a declaration that you're in favor of all people everywhere having the same rights. It's its own philosophical category, and using it willy-nilly without understanding its meaning is problematic.

Humanism is, essentially, the belief that the source of human values isn't God, but humanity itself -- particularly our capacity to be rational. It's also a celebration of human life and the individual, and it's existed as a philosophical tradition since the Enlightenment in Europe. According to the New World Encyclopedia,

Humanism refers to any perspective which is committed to the centrality and interests of human beings. It also refers to a belief that reason and autonomy are the basic aspects of human existence, and that the foundation for ethics and society is autonomy and moral equality.

It's a great perspective -- humanist wedding ceremonies are understandably popular -- but it doesn't mean that you're focusing on the rights of every human. As Jarrah Hodge over at Gender Focus explains, humanism "includes a commitment to the rational and scientific and a rejection of the idea of divine and supernatural powers." It's not about rights or equal opportunities, or at least not centrally, and using it in that context seriously misuses the term. Humanists Against Feminism is a genuine thing that exists.

I do get that it's more a fun turn of phrase than an actual position, but if there's one thing you know if you're a committed feminist, it's that words matter. (It's not that Sarah Jessica Parker isn't a philosophical humanist, either. Maybe she is!)

Why "Equalist" Isn't As Useful Either

The whole essence of feminism is that it focuses on the disadvantages and inequality of one particular group: women. Which is why saying "But I believe in the equality of everybody!" is kind of missing the point.

Just because you believe everybody should have the same rights doesn't mean they do. This is the key bit: feminism is about tackling the world as it actually is, where one particular gender group is being discriminated against. While the end result, hopefully, is equality for all, what's happening right now is an environment of wide-ranging discrimination against women, and that needs to be addressed for equality to be created. Saying you're an "equalist" is like saying you believe in a world of well-built houses when half the materials used to make houses are burnt or rotten. The house can't be built unless those materials are fixed.

To Be More Inclusive, We Need To Change Feminism Itself, Not The Word Feminism 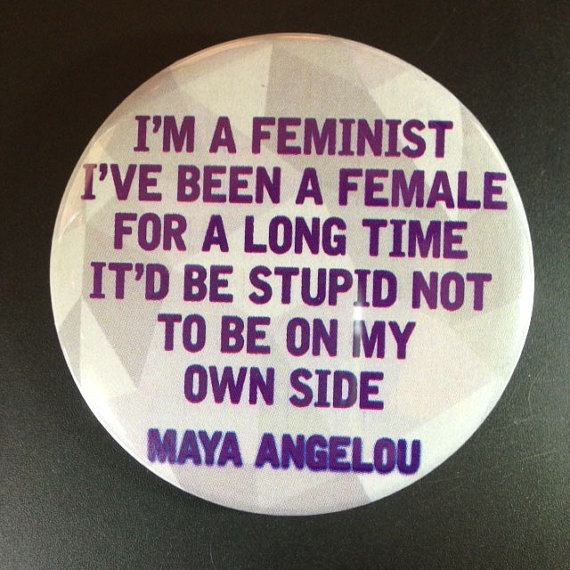 Using the word "feminism" shouldn't prevent people from seeing other aspects of inequality within the movement. The whole concept of "intersectional feminism" was founded to try and broaden our understanding of discrimination against women, and make it clear that sexism is inextricably linked to race, class, and other factors.

The famous idea of "womanism," as coined by author Alice Walker, is an attempt to answer one bit of this exclusionary issue -- how can women of color feel comfortable and heard in a movement hugely dominated, throughout history, by white women? It's an ongoing conversation, and it's important for everybody to have a space where they feel their struggle is the focus. But replacing feminism with something that doesn't acknowledge anybody's struggle? In my opinion, that is taking it too far.

Part of the word feminism's value is in its history. It's a word that acknowledges the past struggles of people who've fought, sometimes against truly horrendous opposition, for the same values, even if they didn't use the same term. From proto-feminists through to the suffragettes, the Gloria Steinems and the people protecting Planned Parenthoods, it's a word that wears its history prominently -- and a great deal of that history needs to be celebrated, even if it's complicated (which it often is). Remembering doesn't mean that you agree with all of it, just that you know it's there.

It's also, frankly, the best word we've got. It is, in its purest form, about improving the status of women as a group in the world -- and there is no way in which that struggle is even close to over. The UN estimates that increasing women's participation in the workforce and giving them equal pay worldwide would raise the world economy's value by $17 trillion. Yep. That's trillions.

It may be seen by some as an "aggressive" term, but when you're faced with situations like constant everyday misogynist bullying, a rape rate increase of 29 percent in the U.K. in the past year, 15 million girls worldwide being forced into marriage as children every year, and countless other bits of evidence that women are still second-class citizens, it's necessary to be aggressive.

Feminism needs to acknowledge and give status to people who aren't just white, middle-class, cis, and able-bodied, but at least we're beginning to have that conversation openly. And, frankly, there's no other word in the world that does what it does and encapsulates what it means -- at least not yet. Long live the f-word.

More from Bustle:
I Am A Plus Size Woman Who Wore A Low-Rise Bikini & Here's What Happened31 Photos Of Plus Size Women Rocking Bikinis5 Reasons Why I Use The Term Plus Size As A Descriptor

Why Feminism Still Needs To Be Called Feminism
The Multiple Facets Of Modern Feminism
1 / 11
Social Media Feminists: Laura Bates
Laura Bates, founder of the <a href="http://www.everydaysexism.com/index.php/about" target="_blank">Everday Sexism Project</a>, has a simple mission - to raise awareness of the sexism that still exists "in a modern society that perceives itself to have achieved gender equality". Bates seeks to overturn this perception with an open invitation for all women to record their personal daily experiences of inequality online. The project has already garnered a collection of over 10,000 women's anecdotes. Aiming to remove the 'uptight', 'prudish', 'militant', 'bra burning' labels historically associated with feminists, Bates is one of a new wave of feminist activists using social media and technology to make feminism more accessible to all women.
YouTube