The world is heating up. As two important measuring stations sit at the point of no return, it is clear that we are entering an era when global concentrations of carbon dioxide will never again dip below the 400 parts per million (ppm) milestone. Cape Grim, on the remote north-western tip of Tasmania and the only station analyzing baseline carbon levels in the southern hemisphere, has just recorded 400ppm for the very first time. Based in a region with stable CO2 concentrations, once that happens, it will never get a reading below that level again. Elsewhere, at the Mauna Loa Observatory in Hawaii, the global monthly average CO2 levels have not dropped below 400 ppm since 2015.

A broad array of experts tell us that the window of opportunity to avoid global warming - and the potentially catastrophic damage to human life and the natural environment that may result - will soon be closing. And yet despite all this, while carbon concentration in the air is rising and evidence of the adverse impact of climate change increases on a daily basis, progress remains far too slow.

With the ink barely dry from the new climate deal signed by 171 countries at the UN headquarters in New York last month, we are already facing a reality check. Even a cursory look at the five largest players (China, the US, EU, Russia and India) which account for 65% of all global emissions, shows us that the new green growth paradigm is far from mainstream. On the contrary, political populism, extremism and power games are clouding not only hearts but also minds in many countries, making it ever more difficult to build political consensus to tackle climate change.

It would be wrong however to blame only world governments for failing to lead with sufficient resolve. Climate change affects us all, and it should be the business of everyone to play their part. The public sector as a framework-builder needs to now change incentives, regulating and pricing that which causes so much damage. The private sector needs to lead by example through innovation, accelerating the shift towards clean energy production across all sectors. The scientific community and the media need to explain further how human activities contribute to climate change, and encourage solutions. And consumers - all of us - can make more informed choices and pursue low carbon lifestyles.

Thankfully, countless people from all walks of life across all continents - Generation S - are already working on these solutions for a sustainable future. Various governments at national and local levels are now enacting carbon pricing and regulations to curb emissions, whilst also encouraging green and clean housing, transport and energy systems. Corporations are starting to lead the way by shifting towards clean energy, and consumers are today making individual changes such as switching to low carbon (and healthier) diets.

But their combined efforts will not nearly be enough to turn the encroaching tide. If we are to win the battle against the prevailing Industrial Age mindset that still exists across many global economies, then a much bigger response is required. Since we do not have the luxury of time to wait until all governments act in the best interest of our children's future, or until sustainability is ingrained into the culture of every business, we therefore have to explore other pathways. And indeed, there is one that has the power to make a transformation difference: finance. 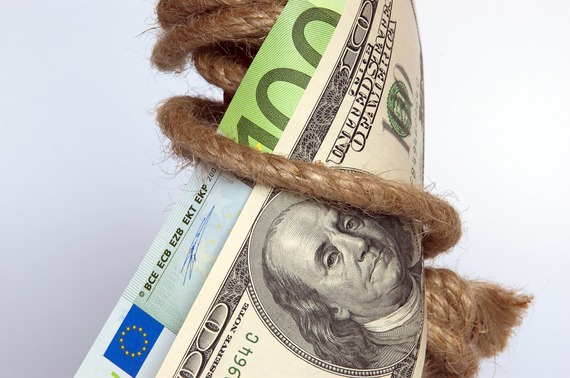 Investors have been slow to understand that climate issues are collectively a massive game-changer. While the signatories of the Principles for Responsible Investment stated as early as 2006 that environmental, social and governance (ESG) factors may affect portfolio performance, and despite the efforts of a number of pioneering voluntary standard setters and disclosure initiatives that have helped to pave the way, the wider investment and financial landscape has remained unmoved to climate change. Indeed, only recently have we started to see high profile figures in finance such as Mark Carney, Governor of the Bank of England, weigh-in about climate risks and point out the opportunities that the de-carbonization of economies can bring. And while the G20 is at last tackling the thorny issue of disclosure of climate-related financial risks, through a task force led by Michael Bloomberg, it will take time before the fruits of these efforts will gain traction in the marketplace. This is time we may not have.

As of today, only a small fraction of the financial system is truly geared towards sustainable companies and much needed green infrastructure and technology investment. The global financial juggernaut continues to chase short-term returns, irrespective of environmental or social consequences, and remains detached from the real economy. Too many hedge fund managers and bankers continue to confuse their clients with jargons, and accept the myth that finance is an end in itself rather than a mechanism to serve the real economy by mobilizing savings and channelling them in a cost-effective and sustainable way. And all too often, pension funds whose trustees have a fiduciary duty to safeguard the long-term interests of their clients have fallen victim to the lure of the short game.

As a recent report published by MIT Sloan Management Review and The Boston Consulting Group shows, a growing number of investors are in fact paying attention to ESG performance, as evidence grows of the material impact of sustainability. Investors care more about sustainability than many executives believe. However, despite this, the same report found that many businesses have yet to build the foundations needed for sustainability to have a significant business impact. Only 60% of companies have a sustainability strategy in place, and only a quarter have developed a clear business case.

In reality, for finance professionals around the world, ESG issues remain a neat marketing tool at best. ESG considerations play little, if any, role in their decision-making around how assets are allocated or evaluated. Nonfinancial factors simply do not show up in their models either because their timeframes are too short to pick up their significance, or because their models lack the capacity to account for them. As a consequence, these ESG issues are dismissed as irrelevant and continue to be viewed purely through an ethical prism.

But the financial world ignores sustainability at its peril, for fundamental change is now occurring. Issues relating to climate change, social exclusion and good governance are financially material, and are no longer mere externalities. They fundamentally affect portfolio performance. Indeed, as the availability of nonfinancial data continues to grow rapidly, and as the technology to process this information improves, there is increasing evidence that demonstrates a strong and positive correlation between ESG performance and financial returns.

Finance is too important to be entrusted to gamblers and speculators, and it is now time that we de-mystified it. Long-term value creation and preservation cannot be annexed from the real economy. Sustainable practices need not be at the expense of performance. On the contrary, they lie at the very foundations of long-term value creation.

It is therefore time for everyone to ask their bankers and their money managers how their investments are being put to use. That includes those whose pensions depend on sound investments and who want to know where their money is being invested and why. And those who care about whether their savings are being used to feed the gradual destruction of the planet, or whether they are invested in companies that can contribute to a cleaner, safer, more sustainable future.

People truly have the power to demand that finance be put to good use. And if we begin to express it, then we may just start to see a great shift towards investments that support our planet and bring us back from the point of no return.

Georg Kell is Vice Chairman of Arabesque Partners and the Founding Executive Director of the UN Global Compact.